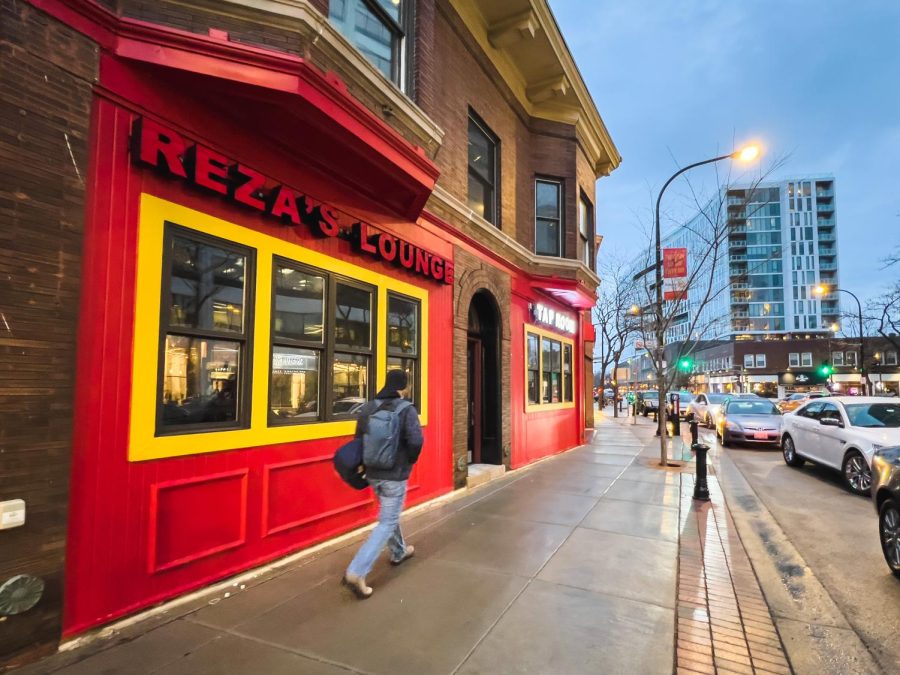 It’s a Friday night, and belly dancers perform among a crowd of Northwestern students standing shoulder to shoulder at Reza’s Tap Room.

The lounge opened in September 2021, after owner Ryan Toulabi decided he wanted to establish a go-to spot for Northwestern students. He said he wanted to use the space to create a nightclub environment in Evanston and give NU students an experience similar to the one he had in his college town.

“There’s not a lot of bars in Evanston that cater to the Northwestern crowd,” he said. “There are a lot of people from Northwestern going downtown … they don’t really get treated the way they want to be treated.”

Reza’s Restaurant serves Mediterranean and Persian-inspired dishes, including larger combinations and “feasts” to serve groups. It also offers a separate vegetarian menu. Though the restaurant closes at 9 p.m., the lounge is open until 2 a.m.

Weinberg freshman Olivia Sotos said the uniqueness of the tap room in a city with a largely quiet nightlife struck her.

“I was really excited there was a new option to go to,” Sotos said. “I made a lot of friends there and Evanston finally felt like a real college town.”

There are three locations of Reza’s Restaurant in the Chicago area, but the Evanston storefront is the only one featuring a tap room. Toulabi said he was inspired to open the room because 1557 Sherman Ave., where the restaurant is located, housed the city’s first restaurant with a liquor license.

Reza’s Tap Room opened in September, but Toulabi said students started frequenting the location in December. Since its opening, he said he has installed a new speaker system and lighting system and hired belly dancers to perform at the tap room.

Lu said she first went to Reza’s on a Saturday night about three weeks ago. She was excited to see a new weekend option for NU students, she said, and enjoyed entertainment featured at the lounge.

“They had horse racing on,” Lu said. “It was great to watch and cheer for the horses. The environment was different from anywhere else I’ve been in Evanston. They have a disco ball and a wall of self-service drinks.”

Toulabi said he wants to expand entertainment options at Reza’s Tap Room. He expects to bring in ’80s Night, Casino Night and other themed events, but said he is mostly looking to hear from NU students about what they would enjoy.

Toulabi said he wants Reza’s to be NU students’ go-to spot for the weekend.

“Evanston is a very, very beautiful town. It has a great population, great student body and I’ve been looking to open a restaurant in Evanston for years,” Toulabi said. “When you really put your heart into something, you can bring something good to life.”