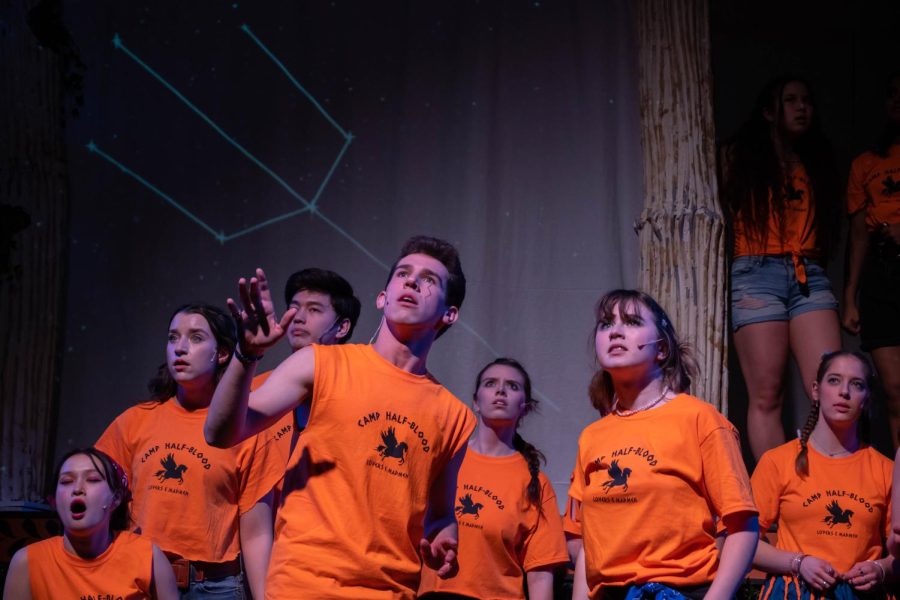 In middle school, Sangal wrote fanfiction about a character who was Hera’s only known child. Sangal said her life-long obsession with Percy Jackson started after she read “The Lightning Thief” by Rick Riordan the summer before sixth grade.

“It was one of our summer reading books,” Sangal said. “I read it, and then I finished the entire series in a week.”

This weekend, Sangal will take the stage as Annabeth Chase in “The Lightning Thief: The Percy Jackson Musical.” The show, presented by student theatre group Lovers & Madmen, will take place in McCormick Auditorium on Friday at 7 and 10 p.m. and Saturday at 2 and 7 p.m.

In this adaptation, a female Percy Jackson discovers she is a Greek demigod and Poseidon’s daughter. After Zeus accuses her of stealing his master lightning bolt, she goes on a quest with her friends, Annabeth and Grover, to track down the missing weapon to save the world.

Communication sophomore Morgan Frost, the show’s assistant director, called the show a “nostalgic trip.” She discovered the Percy Jackson books while reading over a classmate’s shoulder on a third grade bus trip.

Frost said one reason she loves and rereads the books every couple of years is how relatable they are.

“The characters are so real,” Frost said. “They’re dealing with supernatural threats, but their reactions are so inspiring.”

Sangal said being cast as Annabeth expanded her conception of the character. As someone who identifies as Indian American, she said the role has led her to alter the unmovable idea of Annabeth, who is white in the book series, she created as a child. She said she appreciated how Lovers and Madmen’s adaptation of the musical has allowed for such changes.

Communication freshman Eli Blanks, who plays Grover, said he has been surprised by how enthusiastically students have responded to the musical.

“They’re like, ‘No way, oh my god,’ or ‘I have to go. I love Lightning Thief,’” Blanks said. “I didn’t realize there were that many people who love it that much.”

For Sangal, the musical’s childish jokes and lighthearted nature is the kind of theatre that people need right now. She said the shows will be opportunities for people to laugh and not take themselves too seriously for two hours.

“It was built for either middle schoolers or drunk college students — nowhere in between,” Sangal said. “That’s what the show is meant to be. It’s just supposed to be fun.”