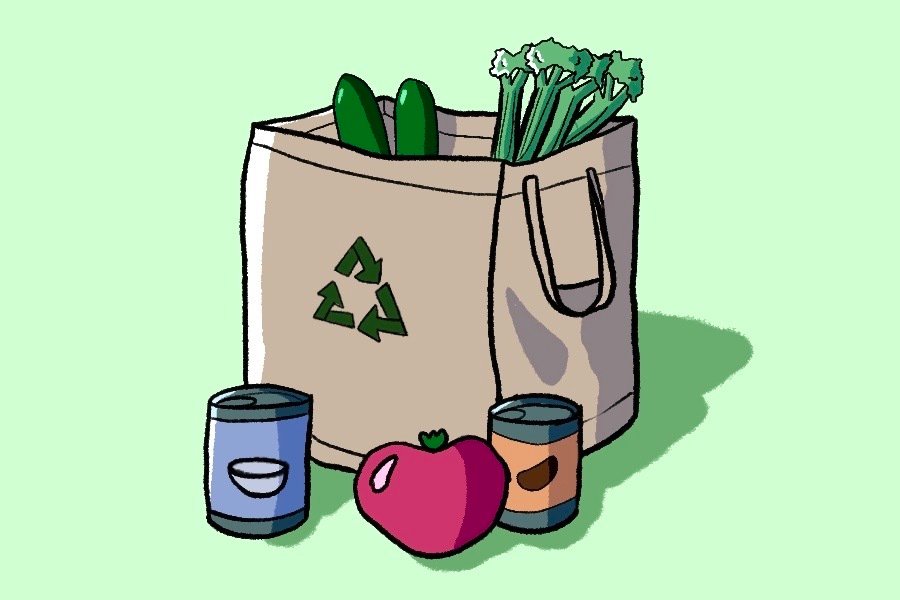 Evanston food organizations are working to foster food justice and community to confront rising food insecurity resulting from the pandemic.

As inflation rises and the pandemic continues to heighten health inequities, Jean Fies is working to make a four dollar head of lettuce more accessible for Evanston residents.

Fies leads Evanston Grows, a group that works with other organizations to grow food and build community. It is one of many adapting to rising food insecurity and working to develop food justice through initiatives like community gardens and food pantries.

Food insecurity in Cook County has increased over the past two years. Nearly 12% of Cook County residents were projected to live in food insecure households in 2021, versus 9.3% in 2019 before the pandemic according to a March 2021 Feeding America study.

“If I’m having to choose between a box of pasta that’s all processed for 99 cents or a head of lettuce that’s four dollars, I’m probably going to take the box of pasta,” Fies said. “By giving away food, we’re focusing on health equity.”

Changing to adapt to the pandemic

Evanston Grows, which was founded in April 2021, has eight community gardens and recently added another at the Fleetwood-Jourdain Community Center.

During the pandemic, Fleetwood-Jourdain transformed into a food distribution point for Evanston/Skokie School District 65 families who receive free and reduced lunches. Evanston Grows gave its produce to the families, according to Fies.

Kenneth Cherry, Fleetwood-Jourdain’s recreation manager, said the center gave out fresh produce to those who visit the center.

“The garden at Fleetwood-Jourdain has been a wonderful addition,” Cherry said. “Those that have come in for the vegetables have been appreciative.”

“People are really missing the community – they get in line, they get their food and they go home, rather than coming in and having dinner or lunch with friends,” Murphy said. “Our goal would be that we can start serving inside again.”

Another organization, Citizens’ Greener Evanston, fosters community around food production and sharing. It has distributed produce to gardens and food pantries during the pandemic.

Because people felt compelled to grow and share produce during the pandemic, the organization distributed 2,700 pounds of excess vegetables last year –– 50% more than the year before, according to Edible Evanston co-chair Ken Kastman.

Similarly, Faith Albano, operations manager at the Hillside Food Pantry, said more community members have used the pantry since the pandemic began. Last year, Albano said they gave out about 360,000 pounds of food.

Albano said recent inflation has caused their number of patrons to rise again. According to the U.S. Bureau of Labor Statistics, prices rose by 7.5% in 2021.

“Things have gotten so expensive that we’re starting to see people that we haven’t seen in a year or more, they’re coming back to the pantry,” Albano said. “Their income is not stretching as far as it used to.”

Organizations have also worked to reach out to less privileged communities.

Edifye is an Evanston-based social justice organization seeking to empower disenfranchised people. Lead gardener and operations coordinator Carlos Sosa is creating a container garden at Mason Park in the 2nd Ward. The goal, he said, is to curb food deserts and support food sovereignty, a system in which Evanston residents can produce their own healthy food.

Albano said Evanston residents can help address food insecurity by reaching out to local food pantries. She encouraged residents to support pantries throughout the year, not just around holidays.

“Although our work will be housed in Evanston, we’re joining the fight overall of just being able to provide people with healthy food,” Sosa said. “You plant those seeds of change.”