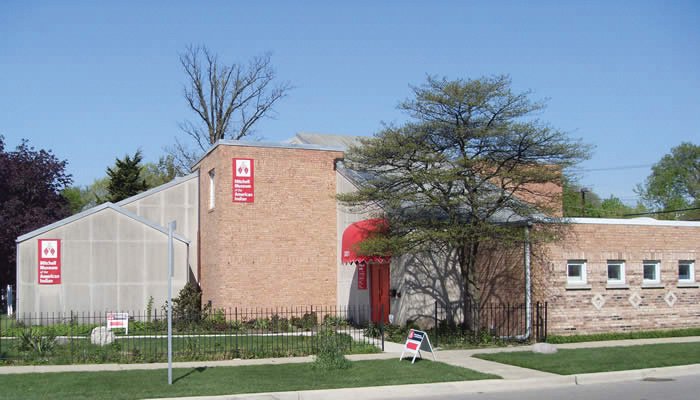 Photo courtesy of the Mitchell Museum of the American Indian

The Mitchell Museum of the American Indian, located at 3001 Central St. For the first time in its 45-year history, the majority of the museum’s staff are Native American, American Indian or First Nations peoples.

The Mitchell Museum of the American Indian announced Wednesday three Native American community leaders in the Chicago area will join its board of directors.

This marks the first time the majority of the museum’s board of directors and staff are Native American, American Indian or First Nations peoples.

Kim Vigue, the Mitchell Museum’s executive director, said the museum has always had Native people on the board of directors, but representation has fluctuated. Vigue, an enrolled member of the Oneida Nation and a descendant of the Menominee Tribe, said Native leadership is important because museums have historically misrepresented Native Americans and stolen objects for display.

“We feel like this provides the visitors and the people and people that we work with a much more authentic experience having our stories come directly from us,” Vigue said.

Joining the board of directors are Stephanie Perdew, George Stevenson and Andrew Johnson. Perdew is an affiliate professor at Garrett-Evangelical Theological Seminary, a minister at the Illinois Conference of the United Church of Christ, and an educator in Native American history and interfaith leader in the Chicago area. Stevenson formerly chaired Stevenson & Company, an investment banking company, and Johnson serves as the executive director of the Native American Chamber of Commerce of Illinois.

Vigue said all three are from the Chicago area with deep knowledge of local tribes and work with Native peoples across the nation. Perdew and Stevenson are also long-time Evanston residents and all three are members of the Cherokee Nation, Vigue said.