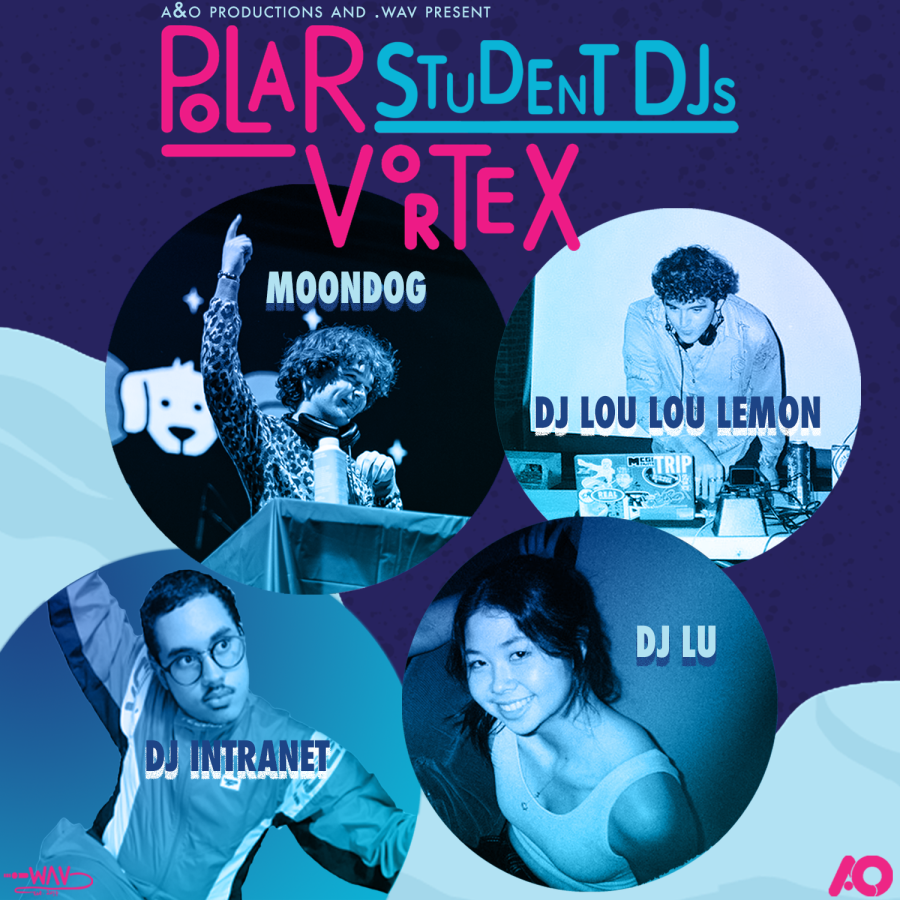 A&O Productions and the .WAV Company will kick off their joint winter concert, Polar Vortex, this Saturday on Norris’ East Lawn.

DJ Sango is slated as the headliner for the event, while three student DJs, DJ Lu, DJ Intranet and DJ Lou Lou Lemon, will be opening performers.

Tyler Felson, whose stage name is Moondog, was initially set as the fourth student DJ to perform, but he will no longer take part because he tested positive for COVID-19, according to a recent A&O Instagram story. He was also preparing to perform a joint set with DJ Lou Lou Lemon.

“I hope you guys are still getting your tickets and getting ready to show up and support DJ Lu, DJ Intranet and DJ Lou Lou Lemon and Sango,” Felson said. “It’s going to be such a fun event and I’m so sorry that I can’t be there, but I’m wishing you all the best.”

Planning for this event began right after A&O’s Fall Quarter Blowout, which featured WILLOW. During Winter Quarters, A&O traditionally plans a benefit concert at a smaller venue in Evanston, but decided to switch up the location this year.

“It really was born out of collaboration between us and .WAV and wanting to be able to open up the benefit to as many people as possible, especially since it is a charity concert,” junior Asta Ceesay, A&O Productions’ director of concerts committee, said.

Students can now purchase tickets for $5. Proceeds will go to SocialWorks Chicago, an organization founded by Chance the Rapper that works to empower youth through the arts.

According to Arthur Lebovitz, one of the heads of .WAV, there’s a bigger goal than just having fun.

“An awesome thing about music is just the ability to do things like this where it’s not just about entertaining, but also making changes,” Lebovitz said.

The concert is also an opportunity to feature student performers and highlight electronic dance music and House music. Ceesay also said they wanted to represent female DJs since the industry is predominantly male.

Many of the featured DJ’s know each other through Streetbeat, a section of WNUR, Northwestern’s radio station. That’s also where Weinberg junior Lucy Poteshman, or DJ Lu, learned how to DJ last Spring Quarter.

“I specifically like to play disco-inspired-house and anything with female vocals because in general, there is a lack of female DJs,” Poteshman said. “Something I aspire to do as a DJ is to uplift both female DJs and voices.”

Leading up to the big day, Poteshman and Milne have their own ways of rehearsing. For Poteshman, it’s a matter of finding which songs to play and figuring out what vibe she wants to create, while having enough flexibility to read the crowd as well.

“I’m very excited. I have a ton of good songs that I’m ready to play. My goal is really just to make a space that is very uplifting and hopefully can get people dancing,” she said.

Milne says he’s unsure whether or not people will like a few tracks, but it’s all about experimenting. He added that that’s the point both A&O and .WAV are making with the concert and hope to continue doing so in the future.

“It’s also opening doors for future events where maybe we do more events where we highlight all different kinds of student performers,” Ceesay said. “Because right now we’ve had people reaching out to (A&O Productions) asking to work with us. So I think that it could be a really cool opportunity.”