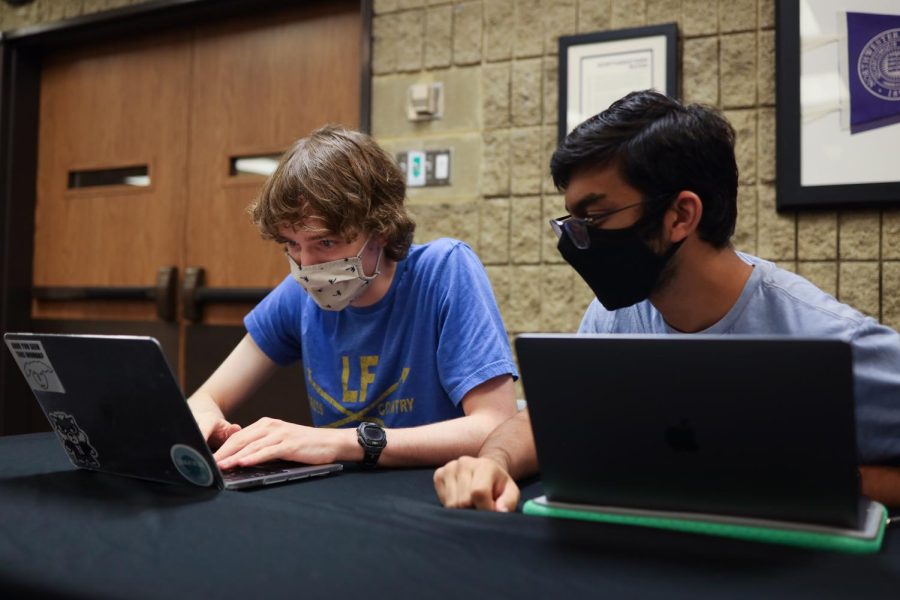 When Weinberg sophomore Dylan Jost was elected speaker of the Senate last spring, his goal aligned with other Associated Student Government reforms: to ensure everyone has a voice in the Senate.

After reviewing The Standing Orders of the Senate — which outlines Senate procedures — this past week, he stumbled across a section that only allowed non-senators to speak if the speaker allowed it. At Wednesday’s Senate meeting, ASG approved an amendment to give everyone at a Senate meeting the right to participate.

“If someone’s not a senator, they can come to Senate, but if the speaker doesn’t want them to speak, then they can’t speak,” Jost said about the original procedure. “This goes against the principles and goals I have.”

Jost was the first speaker elected since Matthew Wylie resigned in November 2020. Jost assumed the role while ASG was trying to make the organization more equitable. For example, ASG created a committee to look into restructuring the government. President Christian Wade and Vice President Adaeze Ogbonna also ran their campaigns around making ASG more accessible and inclusive to students.

Upon finding this procedure last week, Jost said he knew it had to be removed. He said the Speaker’s job is to moderate discussion, ensuring all sides and voices are heard equally, not dictate who can speak.

“(Jost) is trying to open (Senate) up and give non Senator students the respect they deserve to speak and participate in Senate,” SESP sophomore and Parliamentarian Leah Ryzenman said.

Since Jost came into office, he and Ryzenman have removed Robert’s Rules of Order from the code, a parliamentary procedure used by previous members in a way that they said silenced marginalized voices. Jost and SESP sophomore Donovan Cusick, ASG’s chief of staff, are exploring how to make the process of how ASG recognizes student groups more equitable.

While Jost said he has never dictated Senate participation, he said removing this power would help prevent future speakers from silencing student voices.

“(Jost is) not going to be the speaker forever,” Communication junior and Quest Senator Jo Scaletty said in support of the amendment. “It’s possible that another speaker comes in who is not as egalitarian. This will ideally make sure that the Senate floor playing field for those who are not senators is leveled because other people have opinions on the things that we do.”