The monarch butterfly population might be declining. Here’s what you can do 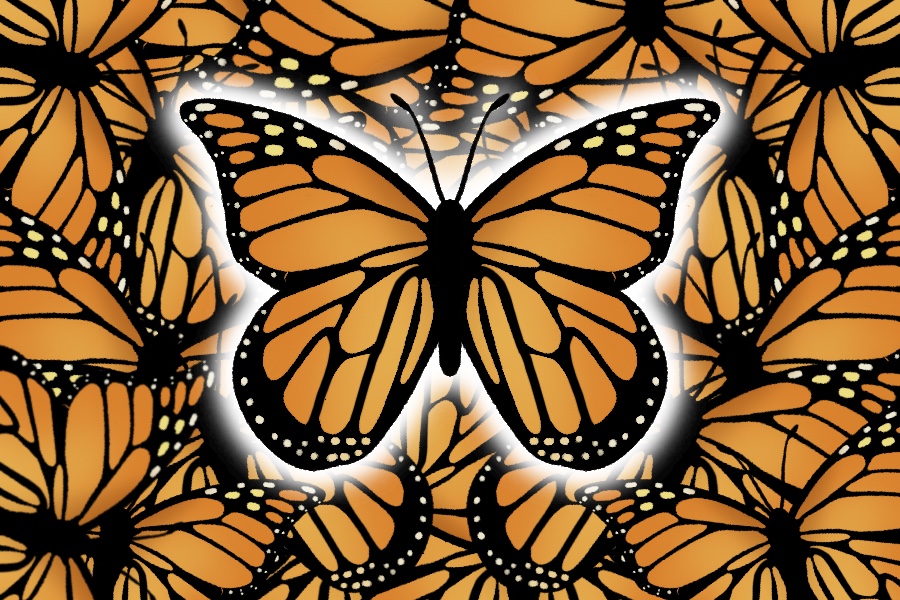 Although the monarch butterfly population is expanding rapidly in some areas, experts say that’s not the case for Illinois.

Although the number of butterflies has rapidly expanded in some areas of the country, experts say that’s not the case in Illinois. The monarch butterflies in the state, which travel on the Eastern migration path, are a population that may be declining.

Monarchs contribute to ecosystems by feeding on nectar and pollinating wildflowers. The butterflies are also a key food source for birds and other insects, according to the National Park Service.

Chip Taylor is the founder and director of Monarch Watch, a University of Kansas outreach program focused on Monarch education and conservation. He said warming temperatures and droughts in the Dakotas have negatively impacted monarch population growth because they decrease monarch lifespan and reproductive success.

“Because the climate is changing, we’re going to lose the monarch migration. We came up with a lot of (interventions), but it’s not enough anymore,” Taylor said.

He said in a recent blog post that he believes the Eastern population of monarchs, which migrate to Mexico, will go down 0.8 to 1.2 hectares this year. A hectare is equal to 2.471 acres. Last year, the population measured 2.01 hectares. He’s still waiting to see if these predictions are accurate when the data from Mexico becomes available in March, Taylor said.

Taylor said he hopes the population is higher than his predictions –– and some numbers support that hope. In the post, he wrote that El Rosario, a butterfly sanctuary in Mexico, reported the Eastern population this year was about a third larger than last year.

In 2016, Evanston’s mayor made a pledge to save the monarchs. As part of a National Wildlife Federation program, the city committed to taking steps to support pollinators and educating residents about monarch conservation.

As a part of the pledge, Evanston updated its weed ordinance to allow common milkweed and native grasses to grow taller than the prior eight-inch requirement. Mowing less helps to minimize air pollution, according to the Pollinator Pledge.

The certification encourages the city to decrease the use of pesticides and chemicals and integrate wildlife friendly practices into sustainability plans, but Shad said individuals can help the monarchs, too.

She said residents should decrease their mowing and push leaves into flower beds rather than removing them: this creates a natural fertilizer that protects butterflies from harmful pesticides. Also, native plants, milkweed and turf grasses benefit monarchs, Shad said.

“You don’t have to redo your whole garden, or have a new crazy mindset or anything,” Shad said. “Add more native plants, add a native shrub or tree, mulch underneath, and basically just let the leaves fall, and then reduce the size of your lawn or mow less often.”

Matt Poole, recreation manager at the Evanston Ecology Center, said Evanston is a midwestern leader in caring for natural habitats and native pollinators. That attitude, he said, begins at a young age.

Poole said the center teaches students how they can take steps to protect the monarchs at yearly summer camps. Planting milkweed and native plants and rescuing caterpillars from the wild are simple actions that can have a large impact, he said.

The Ecology Center’s goal is to give as many Evanston children  an opportunity to learn about the natural world and its importance as possible. Its programs focus on expanding knowledge and appreciation for the natural world.

“We focus on children because we feel like it’s our best chance to establish an appreciation for the natural world,” Poole said. “When people are younger, they will carry (these lessons) through their life and then hopefully to family members and other people that they might influence as they get older.”