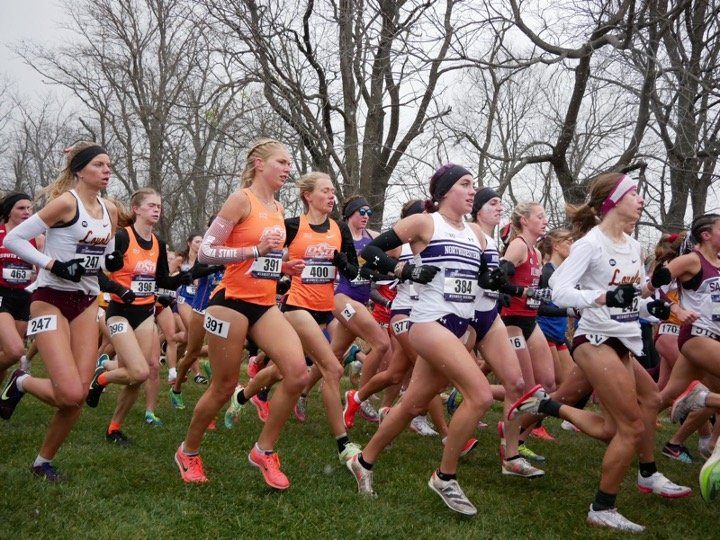 Athletes run at the ITA Midwest Regional Championships. Northwestern will compete in at least three more events this season.

Freshman Ava Earl led the Wildcats’ times in the mile, finishing fifth in her section and ninth overall with a time of 5:02.21. Only one Big Ten runner crossed the finish line before her in Earl’s first collegiate mile event.

Choudhury’s time was a personal record — a strong showing of versatility for the runner who placed fourth in the 3k at the Gene Edmonds Invitational in Purdue earlier this month. Van der Pol, who earned an All-Region distinction in the fall, claimed sixth place in the 3k at the Purdue-hosted event.

In Saturday’s 3k, freshman Amanda Mosborg shaved four seconds off her time at the Gene Edmonds Invitational to notch a seventh-place 9:58.49. Sophomore Emily Casaclang was right behind her in eighth with a 10:01.66, 13 seconds better than her previous personal best.

The Cats will head to Boston next weekend for the Terrier Classic.