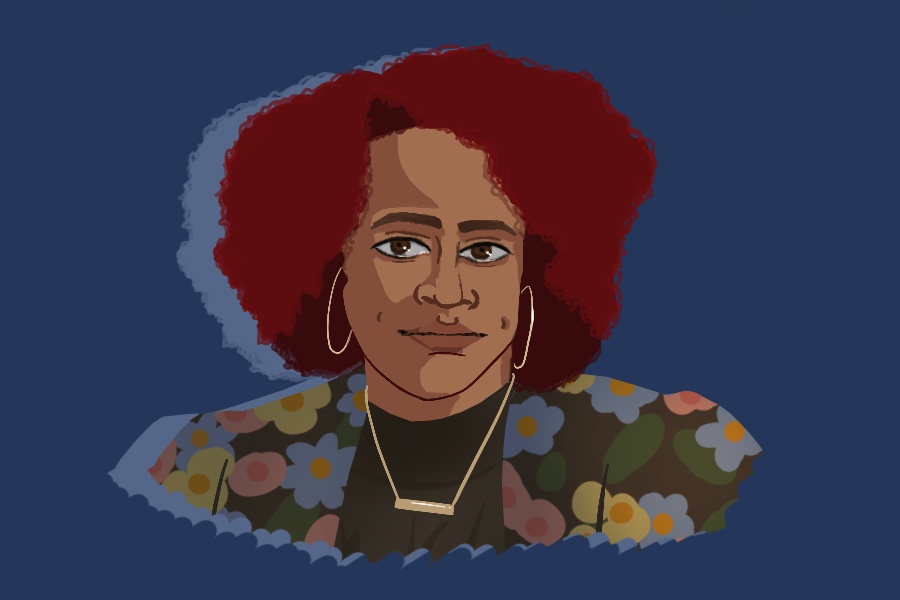 Nikole Hannah-Jones. The Pulitzer Prize-winning creator of The 1619 Project was the keynote speaker for Northwestern’s MLK Dream Week 2022.

In Waterloo, Iowa, a young Black woman faced a crossroads at her predominantly white high school: tell the stories of her and her Black classmates or stay silent.

Nikole Hannah-Jones, Pulitzer Prize-winning creator of The 1619 Project and staff writer for the New York Times Magazine, decided to take on the challenge. Today, she’s made a career out of it.

Hannah-Jones said she credited her success to her education, with her curiosity in Black history sparked in high school.

“I was not much younger than many students on this (Zoom call) when I took my high school’s Black Studies elective course,” she said. “I learned more about the history of Black people — not just in America but across the globe — than I had learned in my entire career.”

Medill Dean Charles Whitaker moderated the address and provided background around criticism of how the project is taught in schools.

“This project has been weaponized by the (political) right,” Whitaker said. “People are losing their minds in their critique of it.”

Responding to those who discount the centrality of racism throughout American history, Hannah-Jones discussed the significance of race in the U.S.

“From the moment that we became a multiracial country, race has been a foundational organizing principle across our politics, science, culture, music, language,” Hannah-Jones said. “I just don’t know how one argues otherwise.”

Though race is fundamental to America’s framework, Hannah-Jones said Martin Luther King Jr. is whitewashed throughout history as a dreamer, while she considers him a radical actor.

She said she finds it interesting how little Americans know about King’s legacy.

“(King) talked about how America was probably going to become one of the failed civilizations because we can’t get over our racism,” Hannah-Jones said. “But you don’t hear almost any of that.”

She said Hannah-Jones is a beacon of hope for today’s society.

“Our underlying theme this year for MLK Week was ‘And Today, I Still Have Hope,’ and she embodies that,” Lenard said. “She’s bringing these major issues to light and hyperfocusing on them. We have a long way to go, but I’m hopeful that we will eventually get there.”

Hannah-Jones emphasized the importance of future generations continuing her legacy of centralizing the Black experience.

In August, Hannah-Jones joined Howard University as the inaugural Knight Chair in Race and Journalism. Through this position, she founded the Center for Journalism and Democracy to train and mentor investigative reporters of color. She said she hopes to expand this work outward to other historically Black colleges and universities.

“I hope that my work is seeding the ground for a future I probably won’t see but I can help to bring about,” Hannah-Jones said. “This work is about trying to bring about the world that we want, even if we don’t get to see it.”

— The Week Ahead: What’s coming up in Evanston the week of Jan. 16