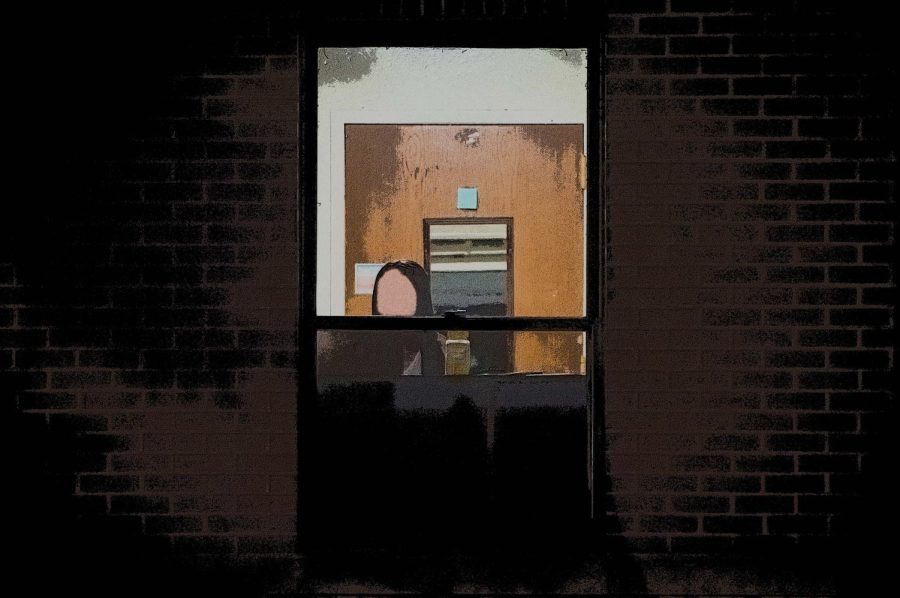 Photo and graphic by Jonah Elkowitz

Students living in Quarantine and Isolation housing adjust to getting roommates and struggle to get in contact with the COVID-19 Response Team.

Thirty minutes later, he moved into Quarantine and Isolation housing in 1835 Hinman — which he said was “not a fun stay at all.”

“I felt malnourished. I felt alone. I felt not listened to (or) heard,” Hauser said. “I was just counting the days until I could get out.”

Students living in Quarantine and Isolation housing have reported facing a number of challenges, including some forced to live with assigned roommates, not receiving meals and unable to contact NU’s COVID-19 Response Team.

“I was baffled when I saw that email,” Hauser said. “How are you going to put two positive COVID students into one room? What if they increase their viral load? What if they have different strands of COVID?”

Weinberg sophomore Angie Aguilar said her quarantine roommate showed up one night without any warning from the COVID-19 Response Team — and then moved out three days later.

During their time as roommates, Aguilar said they did not talk to each other at all.

“Having a roommate (during isolation) is really uncomfortable,” Aguilar said. “I couldn’t change in my room. I couldn’t just lounge around. It was just a really awkward experience.”

Students reported mixed experiences with Quarantine and Isolation food services. According to Hauser, students were given two full meals per day and had to fill out a form before 8 a.m. to make their food selections.

The form also had a section to ask for extra snacks because students only received two full meals a day, but Hauser said he never received any of his requests. However, Weinberg sophomore Jack Ding said he received all of his requests.

“The dining hall staff was really quick to reach out,” Ding said. “I said that if I could have Cheetos or Pringles that’d be cool, and then they brought me that, so that was the highlight of my day.”

McCormick sophomore Marcos Rios also said he received all his meals and that the staff was “very kind” in providing extra requests.

However, for Aguilar and Hauser, their testing days fell on weekends. The COVID-19 Response Team wouldn’t let them test because the Donald P. Jacobs Center was closed, and they also would not provide them with over-the-counter tests, so they had to wait two extra days before leaving.

When Aguilar tested negative on Monday, she said she had to wait four hours for the COVID-19 Response Team to send the confirmation email releasing her.

Ding also said he did not receive the email confirming his release until the day after he tested negative.

“For three hours I was … calling them, and COVID case management was very unresponsive,” Ding said.

When case management responded to Ding, they said they were backed up with hundreds of emails, so he said he understood not much could be done on their end. Rios agreed that not hearing back from case management right away was frustrating.

“I feel like there’s real importance in finding the positive in everything,” Rios said. “Northwestern could have handled the situation better, but for what it was, it wasn’t the end of the world.”

— What is the “college experience” in a pandemic world?