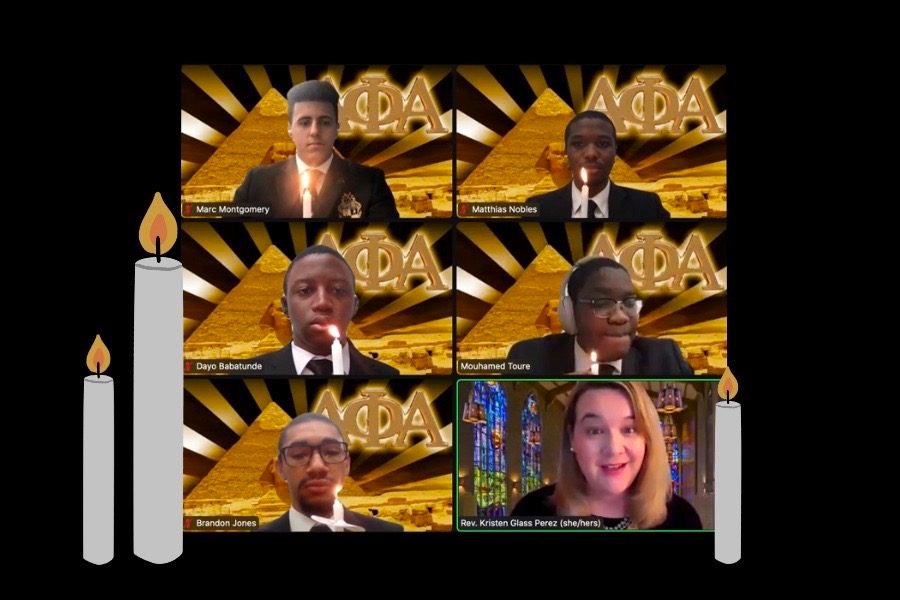 The hourlong virtual event, hosted by the Alpha Mu chapter of Alpha Phi Alpha Fraternity, Incorporated, honored Martin Luther King Jr., who was a member of Alpha Phi Alpha at Boston University. The fraternity invited Sterling, a public health activist and business leader, to speak. Most recently, Sterling co-authored “Voices and Visions: The Evolution of the Black Experience at Northwestern University,” which focuses on the history of Black people at Northwestern.

Sterling’s speech reflected on NU’s history of racism. He touched on institutional racism at NU and brought up policies like the Universitywide housing segregation that lasted until 1962. He also talked about the notable work of Black student protesters in the Bursar’s Office Takeover of 1968.

Sterling said the University has come a long way since 1968, now admitting more Black students. However, he said more representative admissions do not equate to a more equitable school, adding that NU still needs to engage in “uncomfortable learning” and should continue to further its diversity and inclusion efforts.

“(De facto racism) is the status quo,” Sterling said. “I would argue that the standard simply can’t be the equivalent of whack-a-mole, where a problem erupts, negotiations occur and a fix is offered … only to be reneged in time. ”

Sterling said this type of negotiation cycle occurred with the efforts to take away the Black House when he was president of the NU Black Alumni Association from 2014-18. He emphasized MLK’s idea that people must do what is right, even when it is not safe or popular. He said Black NU community members should not stop pushing for the equality they want to see.

He added that expanding equality involves listening to the concerns of Black students and alumni. He encouraged Black leadership to speak up against injustices NU commits.

“Don’t believe that NU is incapable of being an oasis of diversity, inclusion and equity,” Sterling said.

The event also included appearances from reverends in Religious and Spiritual Life, performing artists and the three recipients of the Martin Luther King Jr. Vigil Award, which aims to recognize students who excel in the classroom and give back to the community.

The vigil also marks the start of the fraternity’s centennial events this year.

“As we set aside this day to acknowledge Dr. King’s dream, let us remind ourselves that we can and should continue to hold up and reimagine his ideals so that his dream manifests into reality,” Weinberg sophomore and Alpha Mu chapter president Marc Montgomery said.

The Northwestern Community Ensemble sang “Lift Every Voice and Sing,” the Black National Anthem. Freelance photographer Corey Simpson also shared two spoken word poems: “When Faced with Adversity” and “If King Drive Could Speak,” which both touched on overcoming injustices.

“May we bring more of what we dream … through our activism, through our art, and creativity through our research and scholarship and through our faith traditions,” Perez said. “May our power and passion be directed to reclaiming life where there is death, to putting the flesh of action on barebone intentions.”