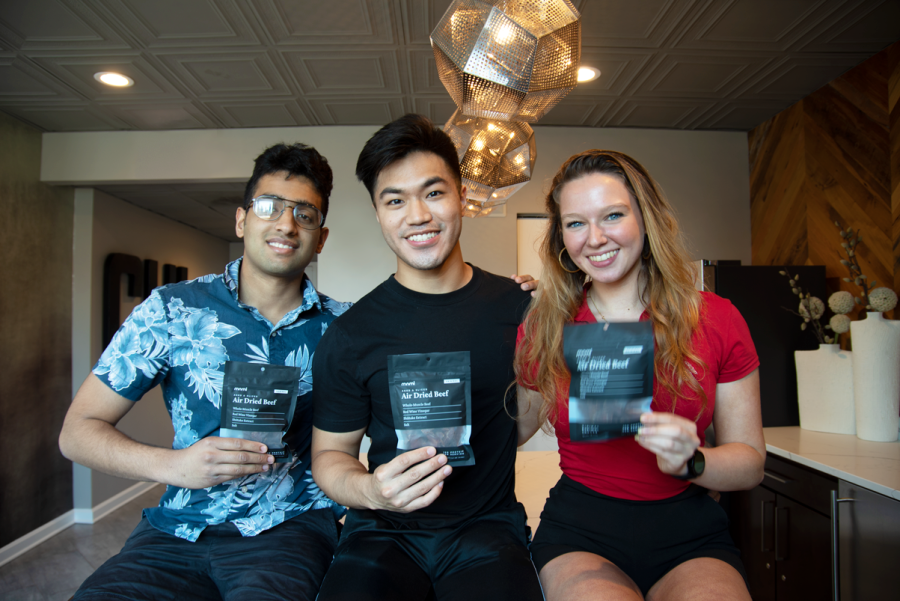 Minimal Snacks wants to revolutionize the snack industry through a simple pitch: “Less is more.”

Ryan Teo (McCormick ’21), founder of Minimal Snacks, said he developed the idea for the company after attending a lecture on popular snacks in an engineering and entrepreneurship class.

“Think about Doritos. Where do you find orange triangles in the real world?” Teo said. “I really thought there was space for bringing foods back that actually resemble the real world.”

Teo said biltong, a dried meat popular in South Africa, was the key to realizing his vision. After discovering the food through a family friend, biltong became the foundation of Minimal Snacks’ first product, MNML Air Dried Beef.

Only three other ingredients are in the jerky: red wine vinegar, shiitake extract and salt.

“It really started with biltong,” Teo said. “This super flavorful, healthy snack that somehow nobody knew about was something I thought we could bring to American consumers by adjusting the recipe.”

The product also contains zero grams of sugar and 23 grams of protein in each bag.

Weinberg senior Ansh Prasad, co-founder and CEO, said he joined the company because he was drawn to how unique biltong was.

“I’m a huge meat lover,” Prasad said. “Biltong was something I had never heard of before, and I was excited to try it.”

Minimal Snacks launched a Kickstarter on Jan. 3 with the official goal of raising $5,000, but Teo said they hoped to reach $15,000 or $30,000 by the end of the campaign. Within two hours of the launch, the company surpassed its goal and has now received $15,000 — with a month of campaigning still to go.

Weinberg junior Liliana Sydorenko, who serves as the product development lead, said the campaign’s success is due to their family and friends’ support. After reaching their initial goal, Kickstarter began organically promoting the campaign to users on the site who are unfamiliar with the company. Now, strangers are donating to the company, Sydorenko said.

“Thirty-three percent of our funding has come from organic traffic,” Sydorenko said. “They just find us, love what we’re doing and back us.”

The success of the Kickstarter project makes it easier to show suppliers there is demand for their product, Teo said.

For now, the only way to buy the product is to pre-order it by contributing to the Kickstarter. Those who pre-order through Kickstarter should expect their snack by March, Prasad said. He added they plan to launch an online store after the campaign ends in February.

“One potential is to create other flavors that would fall in the MNML air dried beef line,” Sydorenko said. “To create superfood minimal ingredient sweet snacks like energy balls or protein bites. You best believe I’m experimenting in my dorm right now.”