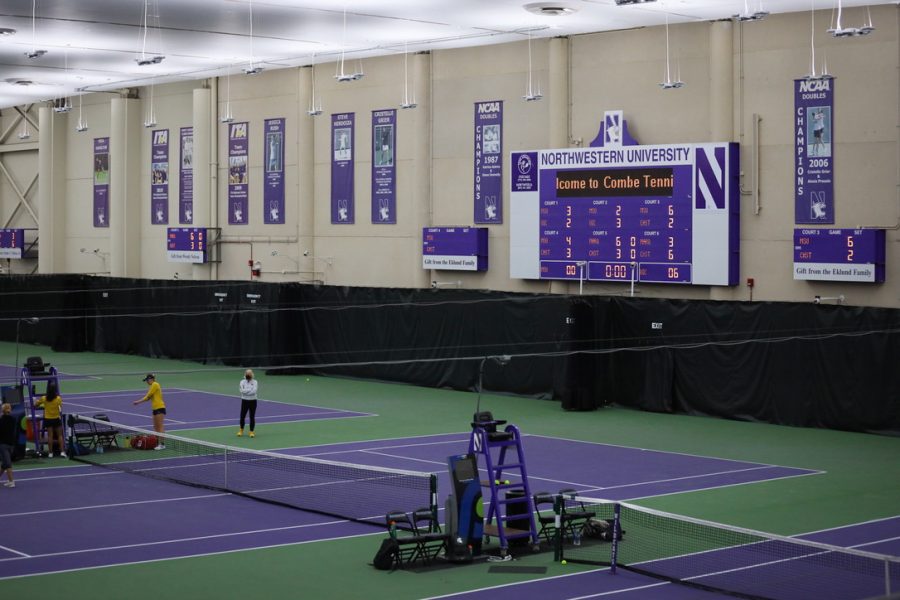 In preparation for the spring season, Northwestern is hosting Butler and Wisconsin in the Wildcat Invite at the Combe Tennis Center beginning Saturday.

The three-day event affords the trio of programs a chance to prepare for the approaching dual season. Saturday will begin with two rounds of doubles from 12 to 12:45 p.m. and 1 to 1:45 p.m., followed by NU versus Butler in singles. The same format occurs Sunday and Monday with doubles preceding singles, but the Cats face Wisconsin on the second day and then the Badgers play the Bulldogs on the third.

“We’re looking forward to playing alongside each other as a team this weekend,” junior Briana Crowley said. “Getting back into the swing of things before the season will be good preparation for when we go to Vanderbilt next weekend.”

Five new faces for the Cats, including three first-years, means less certainty in the lineup as in years past, but this fosters competition for every spot according to Clarissa Hand.

“Things are quite different because I’ve never been on a team with five new people,” Clarissa Hand said. “It’s a really interesting dynamic, but I think that we all get along really well. So that’s even more motivation to win … and hopefully we can win a Big Ten championship.”

The Cats’ season ended in Evanston last year with a 2-4 loss to Texas A&M in the second round of the NCAA Tournament. The loss still motivates Crowley, and after a fall season full of individual growth, she is excited to see where the momentum carries the team.

“We saw a lot of points where we were lacking, and we want to build off of that this year,” Crowley said. “We built off of that (loss) a lot over the fall and for the girls who stayed over the summer. We developed a lot as a team, and the camaraderie is really good.”