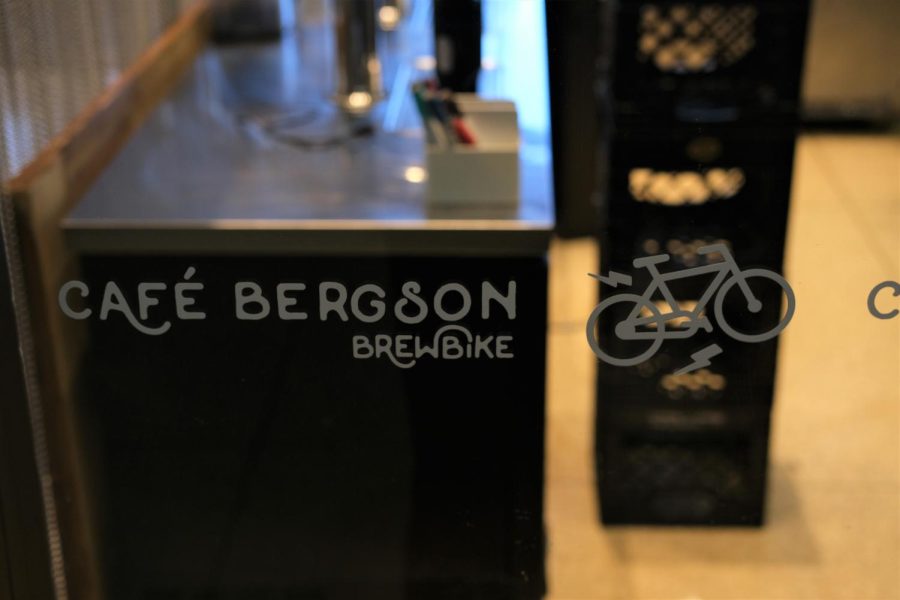 On an average day, the line in Brewbike’s coffee bar in Café Bergson extends into the halls of University Library. The cafe’s tables are often full of students hunched over computers, filling the air with caffeine-fueled conversations.

Unlike other coffee shops, Northwestern’s Brewbike location isn’t run by full-time employees. Café Bergson and its kitchen space in 1835 Hinman are run by students who hire new staff, manage inventory and run marketing campaigns on campus. With a team that includes a CEO, COO, CPO, CMO and front-of-house manager, student leaders are running a business on top of full-time schoolwork.

Hope Tate, NU Brewbike’s market manager, lives in Arizona. At most Brewbike locations across the country, she said there’s a market manager — a full-time employee who helps with repairs and acute issues — within driving distance.

When an equipment or supply problem arises, NU Brewbike’s management team has to call Tate so she can handle the problem remotely. She said the students running the NU branch have a unique amount of responsibility when it comes to keeping the café up and running.

“Northwestern — what a rock star school,” Tate said. “That culture of, like, ‘We’ll get it done, we’ll be there, whoever is available will take it,’ is still there, at least within the leadership team.”

Moody said he was hesitant when Brewbike asked him to be on the leadership team because he was unsure he could balance running a coffee shop on top of his schoolwork. However, he said Brewbike has given him leadership and business experience, including the opportunity to graduate with a CEO title on his resume.

Sierra Bloodgood, the CEO of Brewbike HQ, said the company’s mission is to empower students like Moody through business skills they can use after graduation. Brewbike raised more than $3 million in its latest round of fundraising. Bloodgood said this money will go toward relaunching existing campus operations as schools re-open after COVID-19 closures and opening new campus locations.

“We’re very grateful to be in this growth stage,” Bloodgood said. “When we’re looking at the future, we want to make sure that we can sustain our mission, sustain our values, while building a business that can impact more and more people.”

Since it was founded at NU in 2015, Brewbike has expanded to 11 locations at college campuses nationwide, with four more opening soon.

As Brewbike continues to expand, Moody said NU Brewbike is also in the process of growing its team. By the time Café Bergson opens at the end of Wildcat Wellness, Moody said the team hopes to have about 20 to 25 fully-trained staff members who can serve as baristas, brewers or operations team members — a combined role they call “brewristas.”

At NU Brewbike, all “brewristas” are paid $15 an hour, above Evanston’s minimum wage of $13 an hour.

Unlike some other campuses, NU Brewbike employees are unable to receive tips, according to Tate. Because they subcontract Café Bergson and its kitchen space through Compass Group, NU’s food service provider, and the University, Brewbike is required to use a point-of-sale system authorized by them. The system doesn’t allow tips, which means Brewbike has no way to see tips and divide them equally among brewristas.

Moody said he’s seen “constant growth” over the course of his three years with Brewbike. After graduation, he said he wants future leadership members to find a better balance between school and Brewbike, adding that he doesn’t want student managers to skip class to solve a Brewbike emergency as he once did.

“I’d love to just see people understand that this is about empowering students,” Moody said. “We are students first.”

Correction: A previous version of this article mischaracterized the relationship between Compass and Brewbike and the point-of-sale system. The Daily regrets the error.

— BrewBike pedals along with remote operations