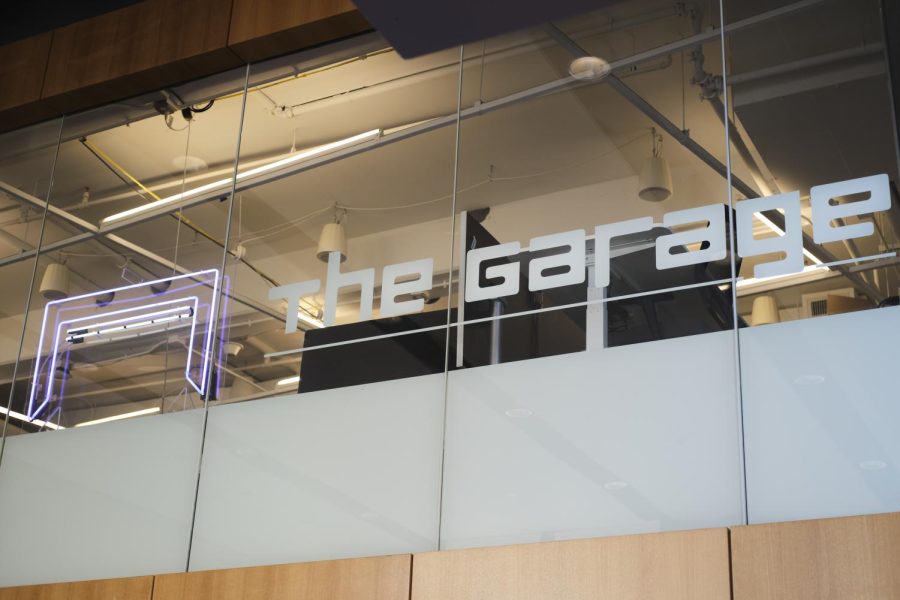 Raman Malik works full-time as a Founder-in-Residence at the Garage in order to focus on Rhetoric. Rhetoric is a web platform that provides founders with AI-coaching and feedback for start-up pitches.

While working as a data science manager at Lyft, second-year graduate student Raman Malik had a revelation: the best way to improve the careers of his junior data scientists is to coach and critique their presentations to company leadership.

Today, Raman Malik is the co-founder and CEO of Rhetoric, a web platform that provides start-up founders with feedback on their pitches. The app uses artificial intelligence-based coaching for the spoken aspects of presentation combined with a remote feedback platform for founders and their mentors.

“In the corporate world, presentation coaches are reserved for executives, not lower level analysts or up-and-coming managers,” Malik said. “We want to build a platform that helps anyone improve their presentation skills.”

Positive feedback is a primary goal at Rhetoric, according to Malik. He said founders can upload their slides into Rhetoric and record their pitches. After doing so, Rhetoric’s AI provides feedback on speech clarity and conciseness. Then, users share the link with others, who can add comments to the pitch.

Malik began brainstorming Rhetoric after he arrived at Northwestern as a graduate student of the Master’s in Management and Manufacturing program, he said.

Venture capitalist Ivan Kirigin, who is a co-founder of Rhetoric, gave Malik his first endowment to fund Rhetoric. Malik said after securing investment funds, he also received $10,000 from The Garage’s pre-accelerator program Jumpstart.

“(Jumpstart) gives you $10,000 to play around with your product,and that is absolutely key to having that financial freedom to really push different ideas forward,” Malik said.

The Jumpstart program also offers resources and coaching to new start-up founders. Malik said the program allowed him to review his ideas with mentors and alumni.

Malik is currently taking a leave of absence from NU and works for Rhetoric full-time at The Garage as a Founder-in-Residence. Medill sophomore Aaron Boorstein is one of seven to eight other Rhetoric employees.

Boorstein said he connected with Malik through The Garage’s virtual startup matchmaking program. Today, Boorstein is Rhetoric’s Growth and Marketing Intern. He said he joined for Malik’s leadership and the company’s potential for positive user impact.

Rhetoric officially launched its program Monday along with an asynchronous pitch competition called Podium, which invites founders to record and submit pitches to Rhetoric. According to Rhetoric’s Head of Special Projects and first-year Kellogg student Carolina Galdiz, cash prizes are allotted to the top six pitches and all participants receive feedback from venture capitalist judges.

Malik said Podium will allow founders of new start-ups to meet venture capitalists and other founders, which will help them improve and build on their ideas.

“It builds on my data science background, so that we can really hope that AI becomes a speech coach for anyone,” Malik said.

— Members of The Garage talk startups, COVID-19 and new podcast