Student DJs share their journeys in the Northwestern music scene 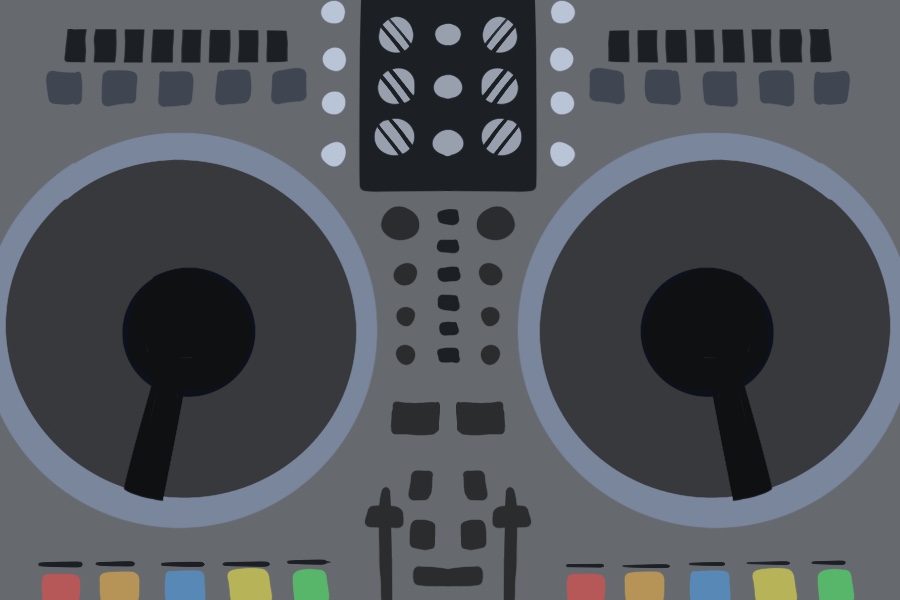 Many student DJs at Northwestern got their starts as teenagers teaching themselves the basics. Nowadays, they can be found hosting WNUR radio shows and playing at student events.

Now, he hosts his own radio show on WNUR.

Chalas Cuevas is one of the many self-taught student DJs at Northwestern. With the help of YouTube tutorials, iPhone apps and trial and error, these DJs worked their way into the music scenes on and off campus.

“The main part of DJing is loving music and understanding what musically goes well together,” Chalas Cuevas said. “The way I want to DJ has a lot more quick transitions and a lot more playing around with effects than traditional DJs.”

Weinberg senior David Sten also started DJing as a teenager when he downloaded a DJ app on his iPhone for fun. Soon, he was playing at house parties and bars in his home country of Sweden without any practice on physical equipment.

Although Sten said he felt unprepared for his first gig just a few months after downloading the app, the first party he ever played at became one of his favorite memories of DJing.

“That was a very fun moment because it felt like I was so out of place, and it was fun seeing people actually dancing to the stuff I was putting on,” Sten said.

However, Sten said his motivation and enthusiasm for DJing and music temporarily waned during early COVID-19 lockdowns as large in-person events mostly disappeared.

Weinberg junior Austin Shi had a different experience — he spent the summer in Beijing, China, where he played at the same night club every weekend. He was first invited to DJ there in his senior year of high school.

“That was the first huge step for me,” Shi said. “I played a lot of my favorite music, and it was a lot of fun.”

Similar to Chalas Cuevas and Sten, Shi also taught himself to DJ as a teenager. With an early interest in electronic dance music, he bought some basic equipment and started watching YouTube tutorials in order to perform at a festival at his high school.

All three student DJs said they have enjoyed working with student organizations on campus. Shi has played at several events for the Chinese International Student Association, while Chalas Cuevas and Sten are both involved with WNUR’s electronic music segment, Streetbeat.

“Finding the community that I did at WNUR, and Streetbeat specifically, really made me want to continue DJing,” Chalas Cuevas said. “I already had the interest — but coming here, people really celebrated that interest.”

Chalas Cuevas said he has learned new mixing skills and DJing tips from fellow WNUR members while being able to explore his style on his own show.

Sten has the most experience DJing in event settings, so he said he has especially enjoyed playing at parties organized by WNUR.

“Playing music to other people and seeing the reactions of people is the best part of it,” Sten said.