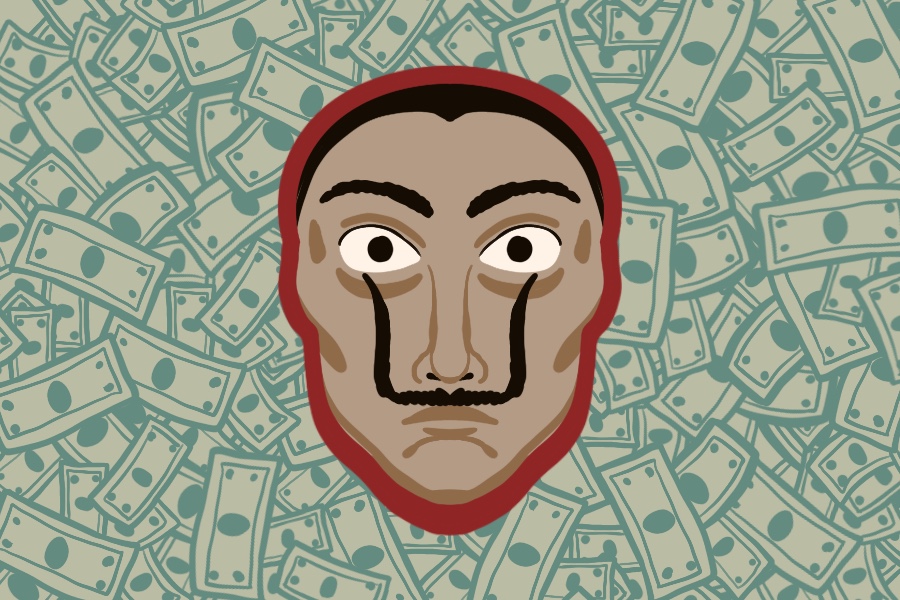 “Money Heist” left a lasting impression on the heist genre of film and television throughout its five seasons of run time.

The long-awaited second part of the final season released on Dec. 3, 2021 following the first half’s release in September. “Money Heist” left viewers on a massive cliffhanger at the end of the first part, and I was eager to have my questions answered after three excruciating months of waiting.

Following the story of Sergio Marquina (Álvaro Morte), nicknamed the Professor, and his band of bank robbers in Madrid, “Money Heist” brings about a multitude of twists and turns throughout its run.

The show focused on the backstory of the Professor throughout the final part, elaborating on the group leader’s development into the ultimate heist planner. At a point, I felt there was too much flipping between past and present events, but the context of the flashbacks provided a perfect summation of the show.

The series is told through the perspective of Tokyo (Úrsula Corberó), a strong-willed robber who was a part of the gang since its first major heist. Many heist films and shows focus on male protagonists, but “Money Heist” strays from that norm. By watching the events unfold through Tokyo’s viewpoint, I was able to step away from the traditional male-dominated perspective and find a fresh view on the genre.

The series followed the execution of two heists, one on the Royal Mint of Spain and the other on the Bank of Spain. The Professor had every situation planned out to a T, but situations arose that were seemingly mistakes.

The fifth season starts off slow, becoming a bit boring with lots of filler and storyline development. But, as the plot progresses, the high-paced action negates any previous dullness. With explosions, plot twists and drama inside of the bank, the final season doesn’t hesitate to pack a punch up to the very last second.

“Money Heist” veers from the classic heist premise of greed. While I strongly expected the robbers to take the gold from the Bank of Spain for themselves at the beginning of the last season, they hid a deeper intention: making a statement to the entire country of Spain.

Set right after the start of the 2008 Spanish financial crisis, the show critiques capitalism and the group undermines the rich by outsmarting their financial systems. “Money Heist” does an outstanding job of showing the corruption historically laced throughout the Spanish government and police force.

Love is a central theme throughout the entirety of the series, and the main heartbreaking love story between robbers Tokyo and Río (Miguel Herrán) came to an emotional end in the final part of the season. I was left with an aching feeling after the events that unfolded in their story.

“Money Heist” ended with a bang, culminating the years of intricate storylines and plot and presenting them with a bow on top.