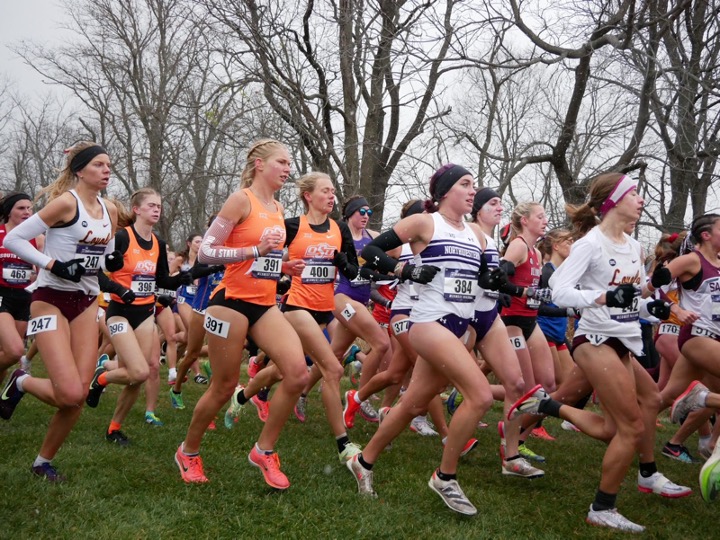 Coming off a historic cross country season, Northwestern hopes to carry its momentum into competition on the indoor track this winter.

In the fall, the Wildcats achieved their highest finish at the Midwest Regional Championships in 20 years. Both senior Rachel McCardell and graduate student Lotte Van der Pol earned All-Region honors. McCardell’s third-place finish, the best in recent history for the Cats, qualified her for the NCAA Division I Championships.

Now, after the conclusion of the cross country season and a break in the action over the holidays, NU is back in full force as it transitions into the indoor track season.

“It’s important at the end of every cross country season to pause on every level — physically, mentally, emotionally — and take some time to reflect upon things that went well and continue to build the momentum we did throughout the fall,” coach Jill Miller said.

After a condensed competition schedule last season, the Cats plan to compete this winter at the Gene Edmonds Classic, the Michigan Invitational, the Terrier Classic, the Gately Invite and against Wisconsin.

A few runners from the team planned to run in the USA Track & Field Cross Country Championships on Jan. 8, but ultimately decided not to due to COVID-19 concerns and Miller’s belief that “the risks were beginning to outweigh the benefits.” However, a group of NU athletes will still compete at the Gene Edmonds Classic at Purdue this weekend.

Although primarily a cross country program, in 2015, NU gained NCAA sponsorship for the winter and spring track seasons. This means the team is able to compete without travel restrictions and race in the NCAA Division I Track championships.

NU competes year-round, but keeps their attention squared on the cross country season. The Cats approach the winter season by building skills that will give them an advantage in the shorter races of the track season. Whereas cross country typically consists of 5k and 6k races, the team usually competes in the mile, 3k, and 5k during indoor track.

Van der Pol, a Netherlands native who capped off a successful championship season by finishing second in the 23-and-under category of the Dutch Cross Country Championships, said the difference between cross country and track is the emphasis on “speed and building strength.”

Van der Pol knows that training through the Chicago winter builds strength — the team alternates between running outdoors, on the turf in the Ryan Fieldhouse and on the treadmill. While the weather may be bleak in Chicago, the future is anything but that for the Cats as they head into the winter track season and further the advancement of their program.

“We look at both indoor and outdoor track seasons as ways to build confidence through racing as we then look to prepare for the 2022 cross country season,” Miller said. “We do everything with that purpose.”