All NU fraternities allowed to resume recruitment for Winter Quarter 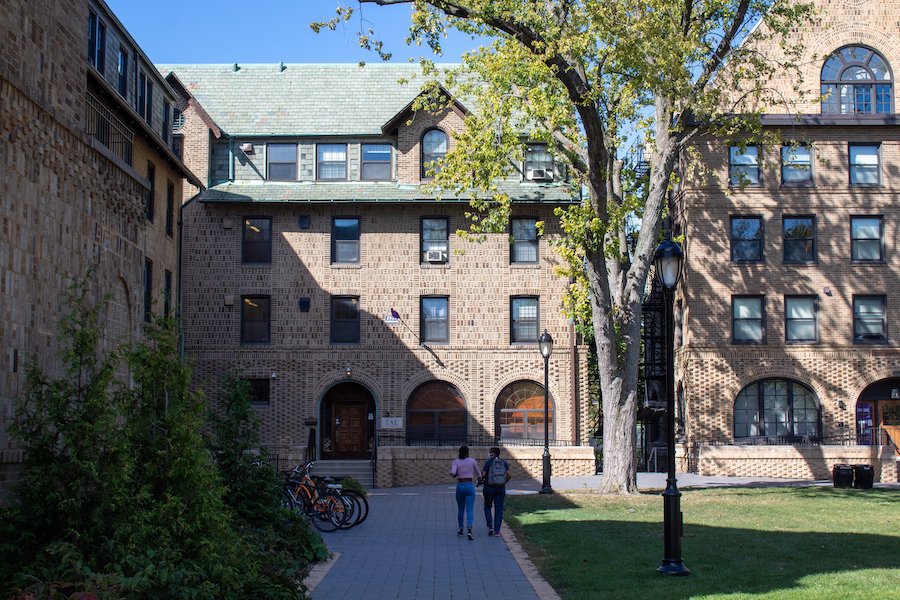 The fraternity quad. All of NU’s fraternity chapters who participate in recruitment are allowed to recruit new members this winter following a quarter-long ban.

All fraternities in Northwestern’s Interfraternity Council who participate will be allowed to recruit this winter, including Alpha Epsilon Pi and Sigma Alpha Epsilon, according to a Wednesday email from Fraternity and Sorority Life.

Last month, AEPi and SAE, along with Pi Kappa Alpha and Sigma Nu, were not expected to be allowed to recruit because they had not reached minimum requirements for participation in educational programs. According to IFC Vice President for Standards Nick Papandreou, fraternities were required to reach a minimum 80% participation rate to resume recruitment.

The only IFC member not recruiting is Evans Scholars, which does not participate in formal recruitment.

The resumption of recruitment follows a quarter-long ban on fraternity social events and chapter-sponsored recruitment after multiple individuals reported alleged druggings at events held in two on-campus fraternity houses. Following the allegations, students protested outside of AEPi and SAE in September.

Chapters will be eligible to give out bids in Week 4 of Winter Quarter, according to the email. In addition to IFC organizations, the Multicultural Greek Council, National Pan-Hellenic Council and Panhellenic Association will also begin recruitment. In accordance with Wildcat Wellness protocol, recruitment will be virtual.