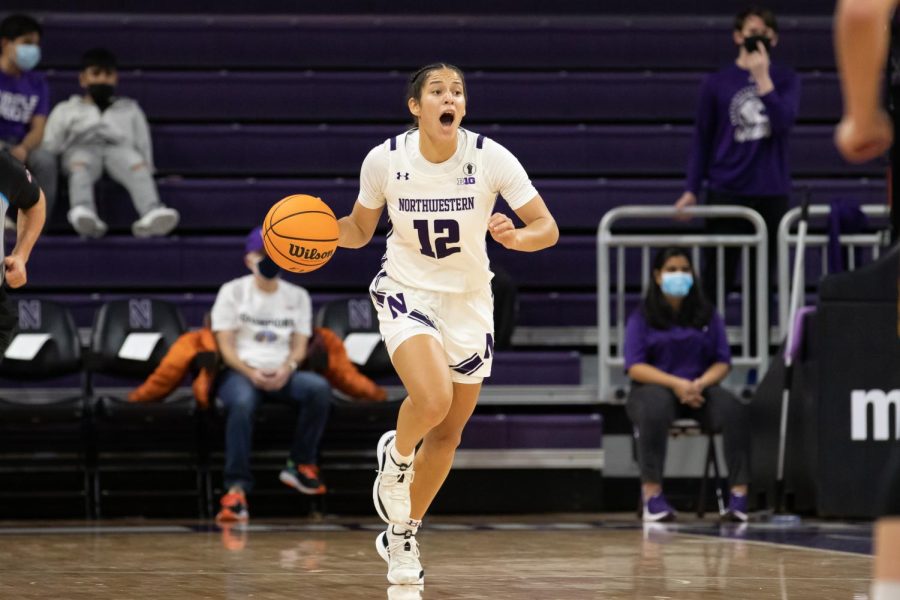 Behind 32 points from senior guard Veronica Burton and 10 points from freshman forward Caileigh Walsh, the Cats (5-3) sailed past the Tigers (4-3) Thursday night. Freshmen guards Jillian Brown and Melannie Daley combined for a total of 16 points in the contest. The two freshmen have stepped up big on the court, fitting right into the program’s offense.

NU kicked off the contest rocky, trailing Clemson early five minutes into the first quarter. However, the Cats got into their rhythm, making shots inside the paint and at the free throw line to even the score. But the Tigers amped the pressure with another offensive run, proving Clemson’s first couple of minutes were not a fluke. At the end of the quarter, NU was down by six points.

The Cats’ defensive stance highlighted the squad’s aggressive full court pressure. Senior forward Courtney Shaw stole the spotlight in NU’s backcourt, blocking shots and earning a total of 8 rebounds in the match. Despite trailing the Tigers for a majority of regulation, the Cats made it difficult for Clemson to find shooting success inside the paint, forcing the Tigers beyond the arc.

Toward the end of the third quarter, NU found success, closing Clemson’s lead to just two points after the team’s 6-0 run.

With three minutes remaining in the third, the Cats appeared to take control of the game, limiting the Tigers’ opportunities on their offensive end of the court. Burton had a crucial block inside the arc to keep Clemson’s lead only to three points.

The Cats entered the fourth quarter hungry, taking back the lead for the first time since the first quarter. Walsh made an impressive jumper to give NU some cushioning against a fast scoring Tiger team. Despite the back and forth between the two groups, NU prevailed, defeating Clemson 72-61.

NU will square off on Sunday against Wisconsin at Welsh-Ryan Arena.

1. Veronica Burton’s versatility on both sides of the court will be the Wildcats’ secret weapon
Veronica Burton finished the night with a season high of 32 points, missing only five field goals of the thirteen taken during the matchup. Her presence on the offensive end of the court contributed to a majority of NU’s production, leading the team in assists Thursday. On the opposite end, Burton came up big with a huge block in the third quarter, helping the Cats close Clemson’s lead.

2. Courtney Shaw is NU’s backcourt powerhouse
The senior forward’s defensive dominance was evident the entire match Thursday, recording eight rebounds and two blocks. Even though Shaw struggled with shooting against the Tigers, her presence in the backcourt was vital, forcing Clemson to take low percentage shots late into the third quarter, allowing NU to close the gap between the two teams. Once again, Shaw is proving to be the piece to the Cats’ missing defensive puzzle.

3. Northwestern faces its first Big Ten competitor, Wisconsin, on Sunday
The Cats will head into their conference schedule with a home game against Wisconsin Sunday at Welsh-Ryan Arena. Heading into Big Ten games, NU will be put to the test and will need to find their stride against a stealthy Badger unit. With Burton, Shaw, and freshman stepping up big this early in the season, Sunday’s contest will certainly be a must-watch.