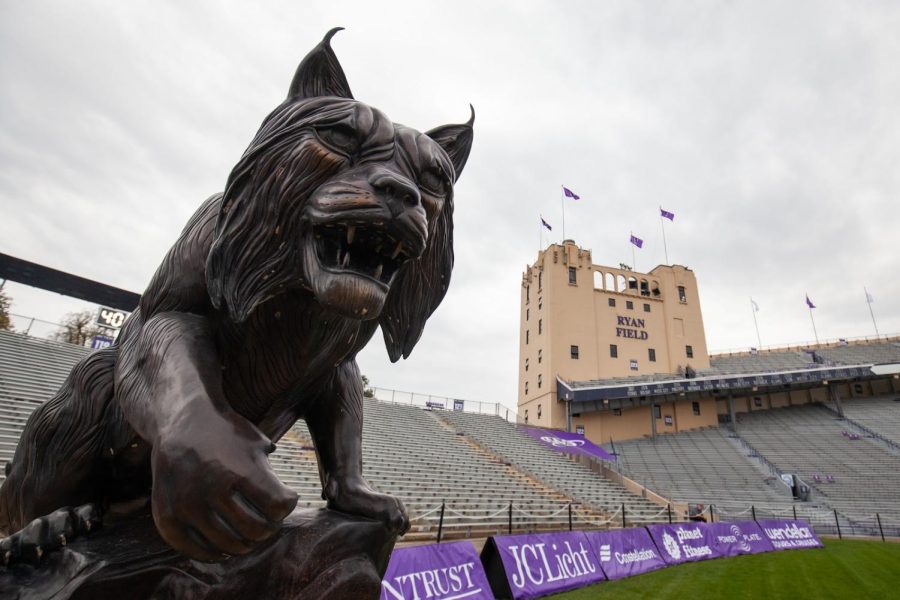 Within three days of the Wildcats’ season-ending 47-14 loss to Illinois, six Northwestern players are in the NCAA transfer portal.

Junior tight end Jason Whittaker was the first, entering on Nov. 22. Whittaker, recruited as a quarterback out of Rockford, Michigan, played two games at tight end for the Wildcats and opted out of the 2020 season. He was a three-star prospect with offers from Indiana, Iowa State and all three of Michigan’s Mid-American Conference schools.

Sophomore defensive tackle Te-Rah Edwards and junior defensive lineman Wyatt Blake entered the portal Monday. Edwards, a Groveport, Ohio, native, played in five games and recorded two tackles in his NU career. He had offers out of high school from Michigan, Michigan State and Penn State, among other schools.

Blake, who had three tackles in 14 games as a Cat, is a Crystal Lake, Illinois, native who received offers from Indiana, Minnesota and Vanderbilt. Both players were three-star recruits.

Junior linebacker Jaylen Rivers of Decatur, Georgia, also indicated his intent to transfer. Rivers was a three-star recruit who had offers from Louisville, Mississippi, West Virginia and other schools. Rivers played four games for the Cats in 2021.

On Tuesday, sophomore cornerback Garnett Hollis Jr. entered his name in the portal. The Nashville, Tennessee, native, a three-star recruit, made five tackles in his NU career. Hollis Jr. had offers out of high school from Purdue, Indiana, Rutgers and others.

Entering the portal does not necessarily bind a player to transfer, but it allows coaches from other schools to contact them.

Though NU didn’t make its third Big Ten Championship in four seasons, the Wildcats earned some recognition following their 3-9 campaign.

Skoronski came to Evanston as a five-star recruit and the highest-ranked NU signee in the history of the 247Sports Composite rankings. One year after replacing Los Angeles Charger Rashawn Slater at left tackle, the Park Ridge, Illinois, native earned a first-team nod by the media and a second-team spot by the conference’s coaches.

He has started 21 straight games at left tackle.

Bergin, who leads the country with 141 tackles, earned nods on the second team by the media and the third team by the conference’s coaches. Bergin made 10 or more tackles in eight of them, including a career-high 19 against Minnesota, and recorded an interception.

After being thrust into the starting role following a season-ending lower-body injury to sophomore running back Cam Porter, Hull rushed for 1,009 yards and seven touchdowns, becoming the program’s first rusher to break 1,000 yards since Justin Jackson in 2017. His 5.15 yards per carry is the sixth-best average for a single season in NU history.

Against Ohio, Hull rushed for a 90-yard score, the Cats’ longest run since Bill Swingle raced for a 95-yard touchdown in 1961 versus Boston College.

After winning the Thompson-Randle El Freshman of the Year award and earning a consensus spot on the All-Big Ten first team in 2020, Joseph made the media’s second team and earned an honorable mention from the Big Ten’s coaches. Despite racking up half his six-interception total from last year, the former All-American finished with 80 tackles, a fumble recovery and a sack.

Junior defensive end Adetomiwa Adebawore had a breakout 2021 campaign, earning him a consensus All-Big Ten honorable mention. He led the Wildcats with eight-and-a-half tackles for loss and four-and-a-half sacks. Junior cornerback A.J. Hampton Jr. earned the same accolade after leading the conference with 13 pass breakups. He scored the first touchdown of his career when he returned a fumble for 49 yards against Wisconsin.

One season after allowing the lowest completion percentage in the Big Ten, sophomore cornerback Cameron Mitchell earned an honorable mention from the Big Ten’s coaches after making 48 tackles, breaking up six passes and registering a quarterback hit.

While NU’s offense averaged more than 320 yards per game, the Cats’ defense took a step back in 2021 under first-year coordinator Jim O’Neil. After having the fifth-best scoring defense in the country last season, NU gave up 429.5 yards per game, a mark that ranked 13th in the conference.

NU running back Andrew Clair will return for his sixth season of college football, the graduate student announced on Instagram on Monday night.

“Look how far I then came and accomplished,” Clair wrote. “Got unfinished business in Evanston. Last one best one, one more in this college football ish. See you for one more year.”

Clair transferred from Bowling Green in the offseason and rushed for 349 yards for the Wildcats in 12 games in 2021, finishing second on the team behind 1,009-yard sophomore Evan Hull. It was his highest season rushing total since he ran for 702 yards for the Falcons in 2018. He recorded one touchdown, a 3-yard run against Rutgers.

The St. Louis native will join Hull and freshman Anthony Tyus III in a reloaded running back room in 2022. Sophomore Cam Porter, who missed the entire 2021 season with a lower-body injury, is also expected to return.