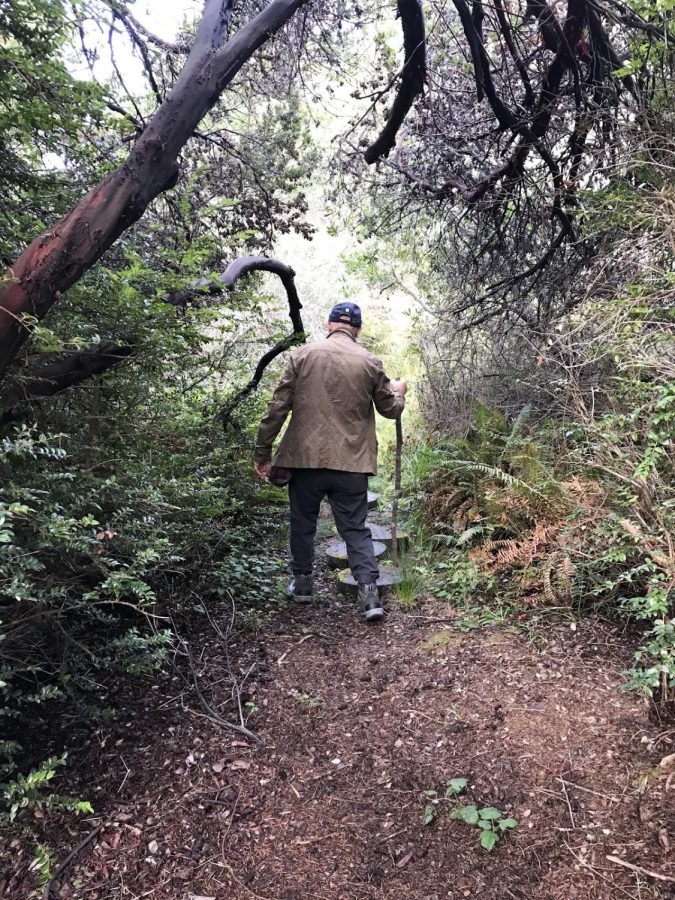 Liz Vaynblat said she learned how to pick porcini mushrooms from her grandfather.

From flavorful dishes to festive fashion, Northwestern students are ready to ring in the holiday season.

The University boasts a diverse student body from a variety of religious, ethnic and cultural backgrounds. These differences make for many celebratory customs beyond Christmas trees and cranberry sauce — and highlight the importance of tradition in keeping them connected to their roots.

Annual rituals can often be a source of comfort, bringing family members together amid their busy lives. For many, this holiday season will mark a return to in-person celebrations after a year of socially distanced festivities.

For Weinberg sophomore Liz Vaynblat, Thanksgiving would be incomplete without porcini mushrooms, a prized fungus in European cuisines. Each year her family heads to The Sea Ranch in Sonoma County, California, to hand-pick porcini mushrooms, a skill Vaynblat mastered with the help of her grandfather.

“If it’s a good year, we’ll pick 30 mushrooms,” Vaynblat said. “But even if we don’t find mushrooms, it’s just nice to walk in the woods, be in nature and spend time with family.”

The tradition began with Vaynblat’s grandparents, who frequented mushroom groves in Russia. Sauteed, roasted or stewed, the mushrooms serve as a reminder of her family’s heritage since immigrating to the U.S.

Vaynblat said there’s a special technique for finding mushrooms that self-proclaimed experts are often hesitant to share. Color, rainfall and location all factor into the perfect forage.

“I love the thrill of finding a mushroom,” Vaynblat said. “I actually wrote my college essay on mushroom-picking.”

Medill sophomore Joshua Gregory said he does not celebrate a traditional American Thanksgiving. His family of Jamaican immigrants instead opts for a “jerk turkey” at the center of the table.

At Christmastime, Gregory said his grandmother whips up Jamaican Festival, a Caribbean fried cornmeal dumpling sold on the streets of the island.

Gregory said these traditions aim to preserve the customs and flavors of his family’s homeland and present the chance to reflect on the sacrifices made for his sake.

“My grandma is a really important part of my life,” Gregory said. “She practically raised me.”

Like Gregory, Weinberg freshman Maya Vuchic said food is a way for her family to keep in touch with their cultural heritage.

In Serbian Orthodox tradition, families each celebrate a patron saint with a feast day known as a Slava. Vuchic’s family holds its Slava in mid-December to pay respect to St. Nicholas, who is a popular patron among Serbian families.

Illuminated by a Slava candle in the center of the table, the typical spread includes kebabs, Serbian cakes and Žito, a pudding-like dish similar to Cream of Wheat, Vuchic said.

Česnica, a traditional Serbian sweet bread, is commonplace at the Slava feast. The name stems from the Serbian word “čest,” meaning “to share.” Vuchic said a silver coin baked into the layers of dough is thought to bring luck to its recipient.

”Everyone goes up and tears off a piece of this bread,” Vuchic said. “You all eat it together, and it is a very unifying experience.”

Vuchic celebrates the holiday with her grandparents, the first members of her family to immigrate to the U.S.

The night, which includes a wrapping-paper fashion show down Luna’s staircase, is full of entertainment and extends well into the early morning. After the festivities, Luna said partygoers return on Christmas Day for traditional Mexican dinner fare.

Shared plates of rice, beans and tamales keep the multigenerational family in contact despite international borders. Many attendees come from Mexico to Luna’s California home, a trip she said makes the night all the more meaningful.

“It is not often I see everyone all together,” Luna said. “You watch people grow up, because you only see them at the Christmas Eve party.”