Holiday Guide: All I want for Christmas is profit 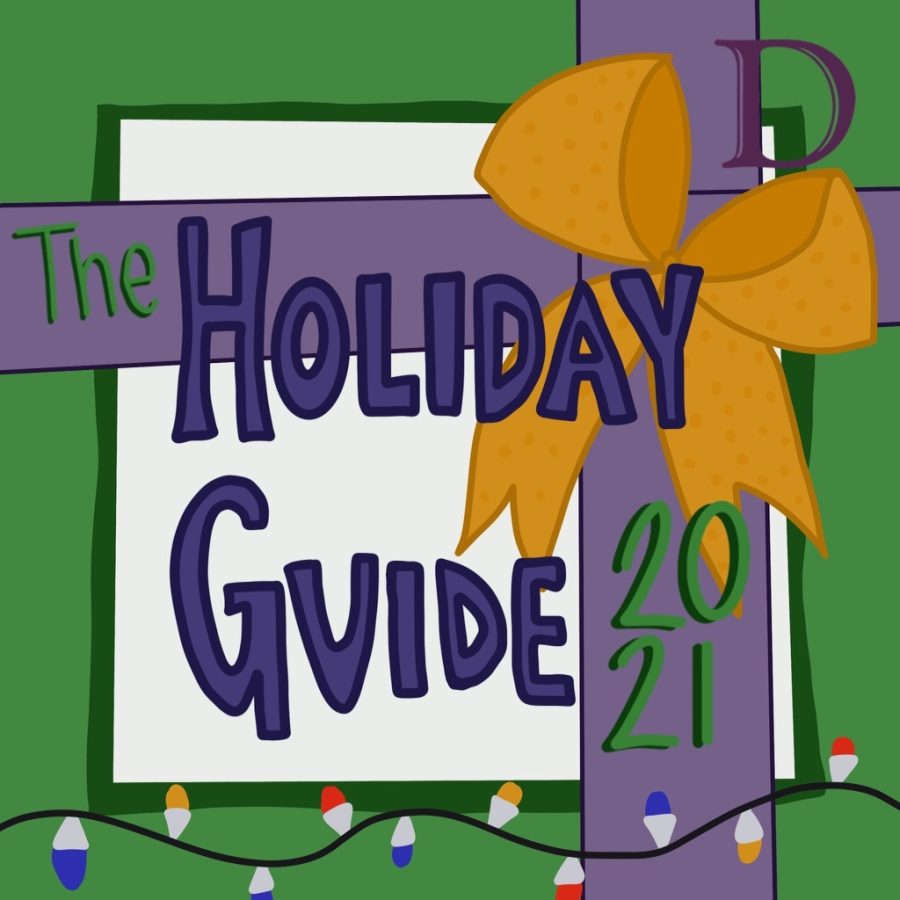 Many modern Christmas traditions emerged alongside capitalism in the Western world. Join us as we unpack the evolution of Christmas and discuss capitalism’s role in some of your favorite holiday traditions.

JOANNA HOU: Hi everyone. I’m sure you’ve got lots of Michael Bublé and Mariah Carey to listen to, so thanks for taking the time to listen to something else this season.

WILL CLARK: Michael Bublé and Mariah Carey? Is that all you think the holidays are about?

WILL CLARK: OK, well definitely no disrespect to “Santa Tell Me,” but aren’t there more important things about the holidays? Like seeing your family and making new memories with them?

JOANNA HOU: Um, I would much rather buy things and watch the same generic Hallmark movie plot every year than talk about my history grades with my grandma.

JOANNA HOU: Wait, what do you mean? Please tell me you’re not about to rant to me about the Starbucks holiday cup.

WILL CLARK: No, definitely not that. I’m just saying that I’ve noticed how the holiday season has become so intertwined with capitalism and consumerism. Like, why did I kick off the holidays by standing behind a cash register and almost getting trampled by a lady holding a Crockpot on Black Friday?

JOANNA HOU: And you lived to tell the tale! If you couldn’t already tell, you’re listening to a special podcast for The Daily’s 2021 Holiday Guide. I’m Joanna Hou.

WILL CLARK: And I’m Will Clark. Today, we’re gonna be talking about the culprit behind my Black Friday trauma.

WILL CLARK: Yeah, capitalism. Christmas and the holiday season have changed a lot over time, and they can mean different things for different people. But today, big corporations like Amazon and Walmart play a huge role in determining how we celebrate the holidays, and their main focus usually isn’t family, friends or connection. Their main focus is usually profit.

JOANNA HOU: I guess you’re right. This holiday season alone, Amazon projects to make about $141.6 billion in revenue. But people often have different ideas of what Christmas ought to be. So, Will and I took a close look at how the meaning of Christmas has changed over time, how capitalism has influenced it and how we might find the true meaning of Christmas.

MATTHEW CHALMERS: Pretty much every year, someone will say, “Oh, well Christmas is really about Jesus.” You can see in these now-popular social media campaigns the interpretive tension between people who think this should be a story about Jesus and people who are a little more relaxed with it being a story about public enjoyment.

WILL CLARK: That’s religious studies Prof. Matthew Chalmers. As he explained to us, disagreements over the true meaning of Christmas go way back.

MATTHEW CHALMERS: For the first couple hundred years, the idea of celebrating Christmas, per se, actually isn’t very important. This is partially because a lot of early Christians are hostile toward birthdays, because they associate them with non-Christian religion.

WILL CLARK: Eventually people started celebrating Christmas as its own holiday on Dec. 25. But that doesn’t mean people aren’t still celebrating on Jan. 6 — Three Kings’ Day is an important holiday in many Latine communities.

JOANNA HOU: But once people did start celebrating Christmas, they weren’t spending the day listening to Mariah Carey or scouring the grocery aisles for eggnog.

MATTHEW CHALMERS: You go to church, you have a meal with your family, you might even venerate the day, like you might even fast for it or treat it like a holy day rather than a festivity.

WILL CLARK: People celebrated Christmas like that for hundreds of years. But then, everything changed with the Industrial Revolution.

JOANNA HOU: Or sometimes, they come out of a chimney. One of the greatest capitalist holiday figures is none other than Santa Claus.

JOANNA HOU: Yup, just like our Purple Pride shirts, Coca-Cola sponsored Santa Claus. The idea of Santa Claus as a plump, jolly old man who gives gifts and rides on a reindeer-powered sleigh dates back to an 1823 poem. But Santa didn’t become a popular part of Christmas celebrations until the 1870s, when department stores hired actors dressed in the image of Santa to attract more customers. And eventually, Coca-Cola cemented the popular image we associate with Santa Claus today through its holiday marketing campaigns.

WILL CLARK: And symbols like Santa Claus established a lot of the traditions and attitudes that we associate with Christmas today.

JOANNA HOU: At the same time, though, consumption during the holidays can be really important for small businesses. According to the 2021 American Express Shop Small Impact Survey, 78% of small business owners say holiday sales will affect their ability to stay open in 2022.

WILL CLARK: Allison Rauch, a Medill sophomore, said although she often doesn’t like capitalism’s impacts on society, as a non-religious person, she actually enjoys the capitalist version of Christmas.

ALLISON RAUCH: I think there’s two different Christmases, and one is the religious version, and one is like, literally the version that capitalism invented. And I don’t like capitalism, but I do like capitalist Christmas because it’s camp. Capitalism has ruined most things, but I would say not Christmas. It’s made it better.

WILL CLARK: And even if you might want to criticize Hallmark and Coca-Cola, I think we can all agree that Mariah deserves every penny of her yearly $500,000-plus in royalties from “All I Want for Christmas is You.”

JOANNA HOU: Now you have Karl Marx rolling in his grave.

WILL CLARK: I guess we’ll just have to say that Christmas under capitalism is complicated.

JOANNA HOU: You’re so right. The holiday season isn’t all commercial, but it’s not all cultural or religious, either. And figuring out which traditions and values we embrace will depend on the identities and beliefs that we hold.

WILL CLARK: From The Daily Northwestern, I’m Will Clark.

JOANNA HOU: And I’m Joanna Hou. Thanks for listening to this special episode for The Daily’s 2021 Holiday Guide. This episode was reported and produced by Will Clark and myself.

— Students of different cultures, religions share how they spend Christmas

— Holiday Guide: How to give budget-savvy Secret Santa gifts