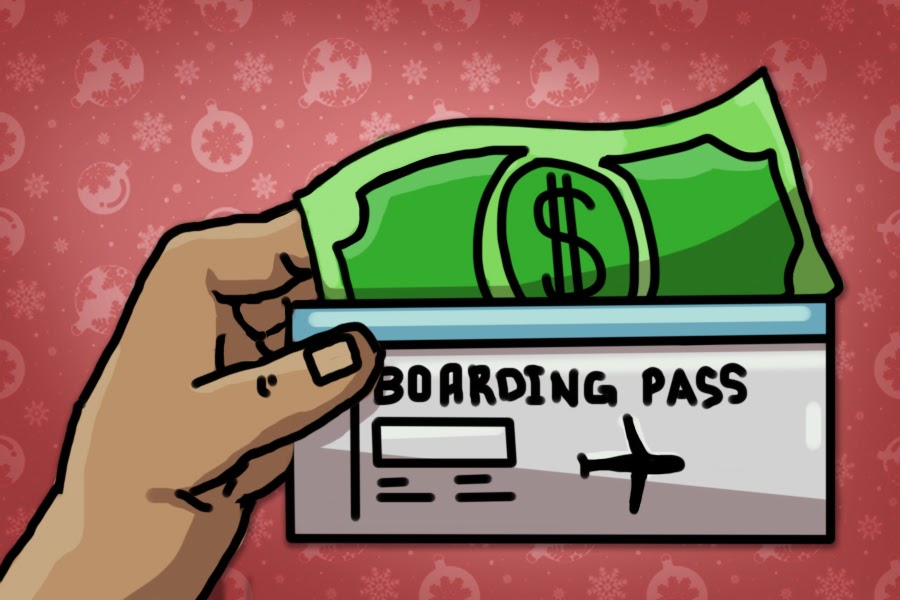 Without a Northwestern Monday to start off Winter Quarter, return flight prices around the start of classes have become prohibitively high, leading students to weigh the merits of coming back early or skipping day one.

But her dorm doesn’t reopen until the next day, and she still has to figure out where she will stay. This one-way ticket was Plan B. Plan A was to arrive in town a week late, but Msipa worried about falling too far behind if she missed two meetings for each of her classes.

In an ordinary year, Msipa would just have arrived on campus the day before classes started, generally a Tuesday in early January. However, this year’s Monday start date means students catching Sunday flights back to campus must buy into what is, for most airlines, the most expensive travel day of the month.

“You try to travel back the first or second but guess what, that’s when the entire world wants to travel,” Msipa said.

Provost Kathleen Hagerty told The Daily the academic calendar is reverse-engineered. University administration sets the end date for the year and works backwards, typically rotating through a few scheduling models based on the year’s calendar.

“Probably every seven years, you get this unusually bad day,” Hagerty said. “This is like a peak of inconvenience.”

Hagerty said administrators ultimately realized that setting Tuesday, Jan. 4 as the first day of classes  would not disrupt the rest of the year’s calendar. Students including Medill sophomore Julianna Zitron also brought this alternative to the University’s attention, emailing senior administrators to inquire into any flexibility in the Winter Quarter schedule.

“I was looking on all the flight price websites, and they’d have a little diagram showing a green flight, a yellow flight or a red flight based on price,” said Zitron. “And the only day that was red for the entire month of January was Jan. 2.”

However, Hagerty said these discussions occurred too late to be implemented.

Calendars are usually set three to four years in advance, she said, with heavy exceptions made during the peak of the pandemic. She said flexibility has always varied among individual faculty members for students who miss classes due to travel early in the quarter.

Zitron will take an early-morning flight from LaGuardia Airport on Jan. 3, hoping to make it back to Evanston in time to go straight to her 11 a.m. class. She said living in proximity to a large airport, which acts as a hub for two major airlines, means she has a broader time range of options. Meanwhile, her peers from smaller towns and rural areas would not be able to rush back to Evanston so close to the Monday morning bell.

Weinberg junior Jasmine Javaheri will return to campus one day later than planned, spending New Year’s Eve with her family and saving about $300 on her flight from LAX Airport. She said returning to campus has been a more flexible process for her in previous quarters and hopes her professors will remain understanding.

“I’m pretty sure if I reach out to the professor and explain the situation, they’ll give me the notes and I can easily meet with a TA to catch up,” Javaheri said. “But it is, unfortunately, extra work that I have to go through because the price disparity was so big.”

Changes to the calendar are also constrained by federal guidelines determining how long academic terms have to be and when academic terms can start and end for students receiving federal financial aid, Hagerty said.

But Weinberg sophomore Rivers Leche said the earlier start date is also harmful to low-income students in particular. For many, she said the cost of traveling right before the start of classes is an impossibility rather than an inconvenience, forcing students to cut short time with their families.

Though Leche booked her flight back to campus from Pittsburgh in early November, she decided by late October that she would remain on campus over Thanksgiving weekend. She saved on flights to justify the upcoming cost of her Jan. 1 departure.

“That’s maybe not a choice I should have to make, like, ‘Should I go home for Thanksgiving?’” Leche said. “It really just highlights the pattern of … (the University’s) mindset is never thinking of low-income students or even middle-class students.”

As they work around the New Year’s weekend flight hikes, Msipa and Leche have taken to Twitter to voice their frustrations, speaking with other students who have chosen either New Year’s in Evanston or first-day absences. Leche often discusses her takes on University decisions with Twitter mutuals, she said, and finds it leads to deep, honest conversations. Leche said the app has been a gratifying space for her to continue voicing questions about Winter Break returns as the University calendar pushes on.

“There seems to be no reason and no transparency really from the University,” Leche said. “So, it feels very thoughtless and careless, as a student.”

— Just Plane Scary: Traveling home for the holidays during COVID-19