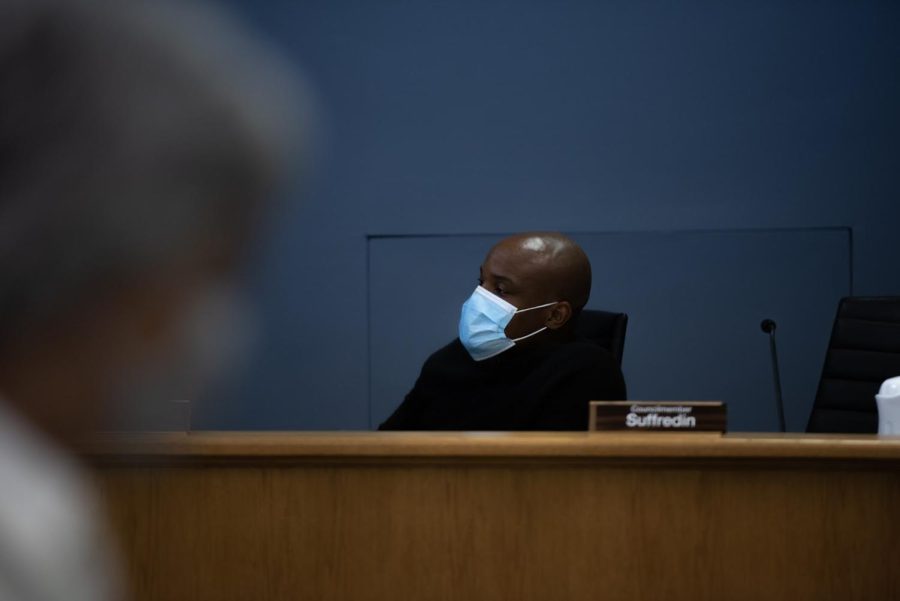 The budget allocates about $360 million in total expenses, up more than $60 million from last year. It will increase funding substantially from what was originally proposed to the council for Evanston’s General Fund, the city’s basic operating fund, as well as the Robert Crown Construction Fund and initiatives to pay for the city’s water, solid waste management and equipment replacement. Evanston property taxes will not increase this year.

Some councilmembers expressed concern that money from the $43 million stimulus Evanston will receive from the American Rescue Plan Act would be allocated toward police and fire pension funds. ARPA funds are a one-time funding source, so they will not be available next year.

During debate on the proposed budget, Ald. Clare Kelly (1st) moved for an amendment that would transfer all ARPA funding toward Evanston’s General Fund, but the motion failed.

Councilmembers and community members have hotly debated where to allocate ARPA funds. About 150 Evanston Township High School students walked out of school in late October, pressuring City Council to use those funds for Climate Action and Resilience Plan implementation. City staff have also argued some of the funds should go to new city positions, and the council moved to retain COVID-19 response staff with ARPA funds earlier this month.

Kelly moved to table the vote, saying she wanted to explore more options to move ARPA funding to the General Fund. Ald. Jonathan Nieuwsma (4th) said the council needed to host a longer, separate conversation about ARPA funding before voting on the budget. But when it became clear that delaying the vote could leave the city without a main funding source in January, he voted to pass the budget.

“It’s our responsibility to the taxpayers,” Nieuwsma said regarding his vote. “In the past 10 years, I’ve never sat on the City Council and watched them not pass the budget. I definitely don’t want to start.”

The budget also adds several new positions within city government, including an environmental health inspector to enforce the leaf blower ordinance, which restricts the seasons and hours in which residents can use leaf blowers.

Burns criticized the budget for allocating money to the same departments that it has in years past. He said his working group on the Reimagining Public Safety Committee is considering creating a new city department.

He said he wishes the council had updated its collective goals to leave room for initiatives like this new department. The committee was originally created to analyze Evanston Police Department’s relationship with the city and present community-informed recommendations for the 2022 budget process.

“I stand firm on my vote mainly because of particular decisions we made on the positions we will end up filling,” Burns said. “We can’t get that revenue back. These people are going to be with us for quite some time.”

Councilmembers also considered adding between $20,000 and $30,000 to the budget for road restriping on Custer Avenue, an amendment Reid proposed. The measure failed by a vote of 6-2.

Reid said he introduced the measure into debate after requests from constituents.

“(I) particularly had a number of parents in the area who were worried about their children being hit by a speeding car,” Reid said. “If we can do something as small as restricting the area … and  provide for a road diet (to encourage) folks to drive the speed limit, I think it’s a fairly minor expenditure.”

The council also voted on other ordinances, including the City Tax Levy, the General Assistance Tax Levy, the Library Tax Levy and several special-service area tax levies. A tax levy is a cap on how much future property tax revenue the city will plan to spend on services in specific areas in the future — a number that theoretically won’t be affected by differences between predicted and actual tax revenue.

The City Tax Levy, which passed 5-3, earmarks about $34 million of Evanston property taxes to pay for obligations including police and fire pensions, representing an increase of 1.45% from 2020. Remaining levy items, including the General Assistance Tax Levy, the Library Tax Levy, and several Tax Levy Special Service areas, passed unanimously.