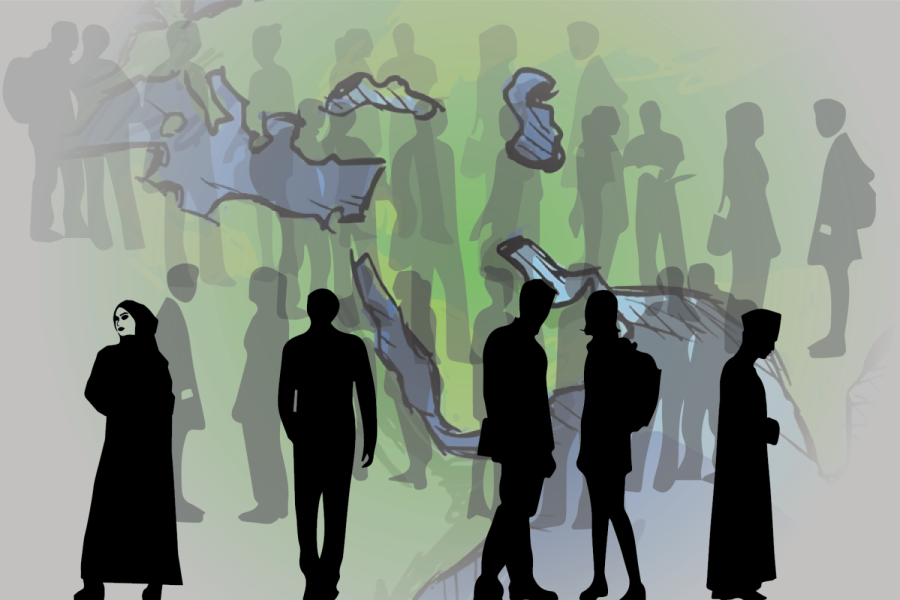 NU’s Middle Eastern and North African Student Association has held a wide variety of events, building a community of students with a common identity.

Hussien is Egyptian. His identity falls under the MENA umbrella — Middle Eastern and North African — a diverse group of cultures he said are all too often bundled together or overshadowed.

But the week before his Fall Quarter classes started, Hussien attended a bonfire hosted by the MENA Student Association. That night, Hussien said he experienced a unique sense of community. It was the first time he’d been surrounded by so many other MENA students, and he felt welcomed.

“Just turning to each person and hearing the accents and being able to recognize where they’re from,” Hussien said. “It was such a nice medley … I appreciated that so much.”

The group was founded in the spring to uplift and provide community for MENA students on campus. The group emphasizes the individual traditions and cultures within the region in an effort to break down monolithic perceptions of the MENA community.

McCormick senior Leen Razzak, the group’s events co-chair, said being MENA can be difficult because the identity often goes unrecognized and ignored.

When she arrived at NU, there were no groups or community spaces specifically oriented toward MENA students, which she said was a difficult adjustment.

“You start to lose touch with your identity when you’re not around other people who push you to identify like that,” Razzak said. “I stopped telling people that I was Arab or that I was Palestinian.”

While Razzak said she has appreciated the work of NU’s Muslim-cultural Students Association, she has wanted a group tailored more specifically to her identity for a while.

Communication senior Alex Manaa said, the group’s co-president, said people too often conflate MENA identities with Islam, and that’s not always the case. There are a variety of religious and cultural identities under the MENA umbrella. Unfortunately, Manaa said the public has an inadequate and narrow conception of the community.

This erasure isn’t new, according to Manaa. Nationally, and on campus, MENA identities have long lumped together with the “white” category, left unacknowledged and rendered invisible, she said.

“We’re not even a data point,” Manaa said. “Our identity is ignored, or it’s only acknowledged when it’s in a negative light.”

Part of the group’s mission is to change that dynamic, she said. Manaa said they’re hoping to bring NU’s MENA community out of the shadows. The group is working on getting ASG representation in the coming year to access funding and push for greater visibility from the Division of Student Affairs and the University, she said.

For now, they’re continuing to foster a community of MENA students on campus. The group has put on a wide variety of programming, Manaa said. Besides the bonfire, it has held cooking nights, brunch, game night, Dabke dance night and more.

“We’ve had programs at least once a week this entire quarter — which is when we started to become largely active — and they’re always well-attended,” Manaa said. “People are really desperate for a community and desperate to connect with people who share their cultures.”

That sense of fellowship and camaraderie is something Manaa said she’s glad she can experience before she finishes her final year at NU. She added that it’s been validating to connect with so many people who share her identity.

A common thread through the group’s events is respect for not only the distinctions between MENA cultures but also what they have in common. Oftentimes, their events aim to celebrate where the different cultures intersect. Razzak said they’re organized so that no one feels left out or alienated.

“We’ve definitely been trying to push this recognition of the cultural differences within MENA, because it helps all MENA members feel proud of their specific country,” Razzak said. “It’s definitely very special.”

Manaa encouraged any MENA-identifying students to join the group. Anyone who is looking for a place to belong on campus is welcome, she said, because she knows how difficult it can be to be MENA on NU’s campus.

Razzak said her time at NU wouldn’t have been complete without a community like the student association.

“This is my last year at Northwestern and I want to contribute as much as I can to making it a place for the incoming freshmen,” Razzak said. “Because I don’t want them to go through what I did.”

Razzak and Manaa may not be at NU next year, but freshman members of the group, like Hussien, have the opportunity to start their time at the University in this community.

It’s something Hussien said he’s glad to be a part of.

“(The student association) represents a really inclusive, safe space for a lot of people,” he said. “It just feels like home when I go there.”

— Students host vigil in solidarity with Palestinian and MENA community members, mourn lives lost to violence in the region