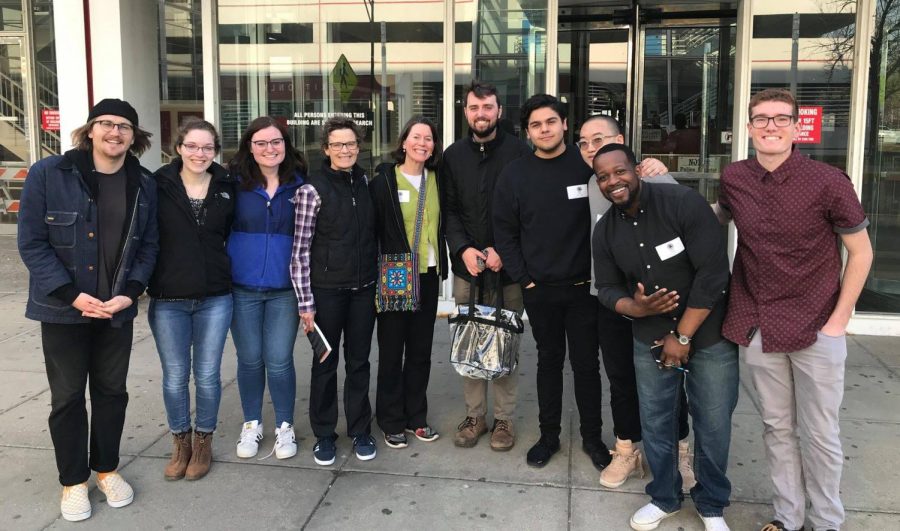 At the cross section of music, criminal justice reform and education, Northwestern’s Art and Music Programs for Education in Detention Centers is looking to welcome its 2021-22 mentorship cohort.

Mentors teach basic GarageBand skills and facilitate discussions on music history, popular artists and the role of hip hop and rap music in social change. Lessons encourage residents to tap into their own creativity and express their understanding of the world through music.

“There are so many limitations put on these individuals,” said Patrick Horton, Center for the Study of Education and the Musical Experience graduate fellow. “(Having the ability) to be creative and make decisions and have that kind of outlet can be a great way to empower them as humans.”

Horton, who is the AMPED curriculum adviser, said the program focuses on individual exploration of sounds, keyboards and editing software. One-on-one interactions between mentors and residents foster a sense of trust that allows for creative vulnerability.

Sara Fecko (Bienen M.M. ’20), Gemini Middle School music teacher and former AMPED lead teacher, said one of her fondest memories of the program was seeing residents come in with notebooks full of lyrics each session.

Whether they were processing critical life events or putting stories on paper, Fecko said the residents’ excitement to create music was undeniable.

“You could tell that this was one of the first times they were encouraged to express themselves in that way,” Fecko said.

Bienen and SESP senior Lauren Reynolds said an in-class lecture on the cultural impacts of hip hop music in the Black community inspired her to become a mentor her sophomore year.

Reynolds, a former AMPED president, said the program is an opportunity for NU students to interact with a population they don’t normally encounter inside the bubble of a top 10 university. Despite the designated title of “mentor,” AMPED is a learning experience for all participants.

“I would be the first one to say the residents know way more about hip hop than I ever will,” Reynolds said. “They live, breathe and eat hip hop.”

AMPED restructured its curriculum to fit a virtual format during the pandemic. The program opted for more listening-based group activities like freestyling and lyric-writing to keep residents engaged over Zoom.

Horton said it was difficult to build the same rapport with residents over Zoom, given how heavily the program relies on human connection.

“In person, we were able to build those side-by-side relationships where you see the same person each week and you hear the music they’re creating,” Horton said. “That really is at the core of what makes the in-person part successful.”

Though divided by a difference in circumstance, Fecko said conversations about influential artists, childhood memories and individual interests brought her closer to residents during her time in the program.

“There’s only so much they choose to share with you,” Fecko said. “I’ve learned you don’t need to know everything, but you can still find those little things to connect with students on.”

In a normal year, the program culminates with a listening party held around Mother’s Day during which residents share their work with close friends and family members. Due to restrictions on large gatherings, a group reflection closed out the virtual, 16-week term last year.

Reynolds said residents often dedicate their music to family members, significant others or children as a way to hash out difficult emotions and mistakes of the past. She recalled one song a resident wrote for his mother called “I’m Sorry,” which has stuck with her since.

“He said he never really had apologized to his mom for his actions and the stress that he caused her,” Reynolds said. “To be able to see him write about that and fix that through music stands out the most as an impact the program can have on familial ties.”

After their initial releases, the residents’ tracks are uploaded to SoundCloud for the general public. Reynolds said she makes a point to tell friends and students about the tracks to give residents recognition for their hard work.

The AMPED mentorship cohort is not exclusive to music education majors. Students from a wide variety of academic backgrounds and interests are welcome to apply regardless of musical experience.

Reynolds said involvement in the program is worth the time commitment, especially for those passionate about songwriting, criminal justice reform and education.

“When I talk about an experience at Northwestern that changed my life, it’s AMPED,” Reynolds said.