Everything Evanston: Inside Secret Treasures Antiques and Collectibles 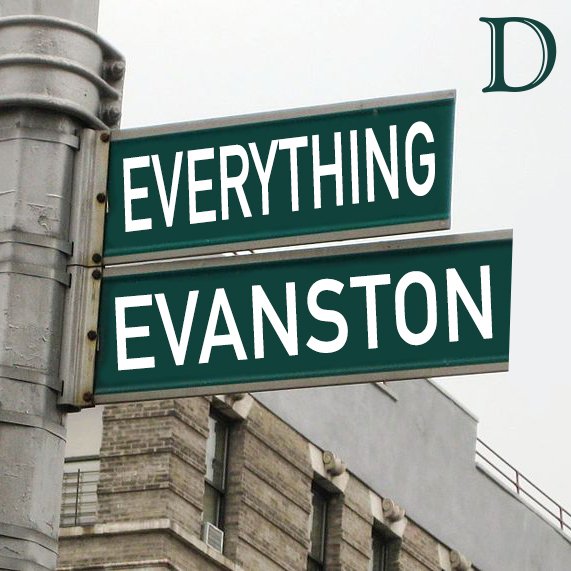 Dawn Okamoto started Secret Treasures Antiques and Collectibles as an opportunity to get out of the corporate world and into a passion-driven career. Nearly 30 years later, the shop’s limited real estate boasts everything from a full wall of china to magazines from the Cold War era. Dawn’s wares are old, but her work never is.

JULIANNE SUN: A magazine titled “Soviet Life.” A Catholic confirmation certificate. Cork and metal Chicago Transit Authority tokens selling for $2 apiece. Bundled cutlery for salad, soup and dinner. A handwritten sign that reads, “Reach for the Stars, Not the China.” The interior of Secret Treasures Antiques and Collectibles, a shop on Dempster Street, is a cozy collection of antiques from as far back as the 1920s, inviting you to search for the secret treasures within. From The Daily Northwestern, I’m Julianne Sun, and this is Everything Evanston, a podcast about the people, businesses and goings-on in Evanston, Ill.

JULIANNE SUN: I’ve never been inside an antique shop before, but Secret Treasures looked exactly like what I imagined one would. Shelves, cabinets and tables were squished together so tightly I was worried my backpack would destroy the neat piles of books, glassware and decorative knick knacks. Secret Treasures was closed the day I visited, but owner Dawn Okamoto and her team were still bustling around inside. They were busy preparing for the holidays, but took the time to chat with me while they worked.

DAWN OKAMOTO: How are you?

JULIANNE SUN: This was the first time I saw Dawn in person, but we had already spoken for almost 15 minutes over the phone at this point. She had just come back from dealing with one of Secret Treasures’ many sources, also known as pickers, responsible for the lack of open space in the store.

DAWN OKAMOTO: They’re hired to clean out someone’s house, so they’re getting paid to clean it out.

JULIANNE SUN: Dawn explained over the phone, before she arrived at the store.

DAWN OKAMOTO: But they, in turn, they make their money by selling it to other dealers. So you know, they put boxes together for us and they sell it. So we’re buying it from them at a much less, it’s not, you know, a 50% margin.

DAWN OKAMOTO: My family, my close friends, we just threw around some name suggestions, and that is the one that I liked the best. Our tagline is, “The real secret is the price,” because we try to have fun antiques that are affordable.

JULIANNE SUN: So what were your, like, initial hopes for the business?

DAWN OKAMOTO: I thought, “I’ll do something that I just want to have fun with and keep my fingers crossed that it’s going to make enough money to pay for itself and I can make enough to pay my bills.” Leaving the corporate world, there’s a lot of trade-offs because when you’re working for corporations, you make better money, you have a lot of benefits, your health insurance is paid. But the stress attached to working in the corporate world, I thought, “If I can give that up, then I’ll consider that part of my salary.” When I had a real corporate job, my fun on the weekends was going to flea markets or garage sales, auctions. And so when I left the corporate world, I thought I’d give this a try. And that was 28 years ago.

JULIANNE SUN: In addition to cultivating Secret Treasures’ antique stock, Dawn keeps a handful of curated collections in her own home.

DAWN OKAMOTO: I know people always think it’s gonna be a big old mess, and it is, but it’s not because of the collections. Yeah. But I think we all, all of us, kind of decorate our houses with, you know, with vintage items.

JULIANNE SUN: The rustling bags in the background, by the way, is courtesy of Henry James, director of operations. On my first day at the store, he was sorting out some china someone had dropped off, deciding what could be sold and what could be thrown away. On my second visit the following Tuesday, he had moved on to preparing for the Christmas season.

HENRY JAMES: Mondays, they’re here and they get stuff priced, and Tuesday, it’s usually laid out for me to merchandise. And right now, since we’re prepping for Christmas, this is just all the start of our vintage Christmas that goes out, which goes on between now and Dec. 24. We literally put Christmas out every single day. The majority of the basement is full of vintage stuff like this.

JULIANNE SUN: Sitting on the floor, between two displays full of antique books, maps and decor, Henry had a box full of Christmas antiques before him — some of it as old as the 1920s, some of them as recent as into the 1950s. It was a Christmas explosion of books, cloth dolls and miniature, snow-dusted evergreens.

HENRY JAMES: We collect the Christmas all year long so we can do a huge blowout window for the holidays. A lot of it, especially with our pickers, you know, we have people that know what they’re looking for. So they know that if they find a really good deal on holiday, then they’ll bring it here and sell it to us.

JULIANNE SUN: What are some of your, like, most popular Christmas items?

HENRY JAMES: The bottlebrush trees, these here, they look like an old bottlebrush, the vintage ornaments, any of just the solid-colored balls, things like that. People love them, all the little houses. I wouldn’t say there’s a particular Christmas item that doesn’t sell for the vintage for us. ‘Cause I mean, we do get a really great selection. We price it well, and people just love vintage Christmas in general, even if they don’t celebrate Christmas at all.

JULIANNE SUN: Why do you think that is?

HENRY JAMES: I think it’s the fun of it, and that they don’t make or construct pieces like this anymore. And some of the older pieces, especially now at this point, any of them, you know, from the ’20s, are 100 years old, and even something like that is really cool to people.

JULIANNE SUN: Like Dawn, Henry didn’t have much professional experience in the antique world when he joined Secret Treasures after moving from St. Louis to Chicago nearly nine years ago.

HENRY JAMES: Uh, when I moved to Chicago, I was just kind of looking for something similar to what I did in St. Louis, and I managed small businesses in St. Louis as well. Um, and my background is healthcare and childcare, and I didn’t necessarily want to do that again. I really enjoyed working in a setting such as this.

JULIANNE SUN: If you ever get a chance to walk past Secret Treasures’ storefront, the window display is courtesy of Henry’s creativity.

HENRY JAMES: Handling the windows, you know, especially coming up for the holiday season, they start to look a lot more exciting and fun than our usual stuff that we do throughout the year. So it makes it more fun. But I’d say that’s probably my favorite part, is being able to be creative all day and move stuff around.

JULIANNE SUN: It’s not like antiques can go straight from delivery boxes to displays, though. Phil Cryder, a senior staffer at Secret Treasures, had been working behind the counter while I was speaking with Henry.

PHIL CRYDER: Kinda, like, a lot of the behind-the-scenes stuff.

JULIANNE SUN: Behind-the-scenes stuff, like cleaning the freshly delivered stack of glass and crystal cups on the counter in front of him.

PHIL CRYDER: Maybe, like, spray with Windex and, you know, clean the dust and so forth, and if there’s any dam- you know, we’ll look for damage while we’re cleaning and stuff.

JULIANNE SUN: Phil started helping out with Secret Treasures’ sidewalk sales three years ago. He had worked at an antique mall before joining the store and, to this day, deals his own antiques when he’s not working at Secret Treasures. Working behind the scenes doesn’t mean he’s never on the front lines, though.

PHIL CRYDER: Daily, like on the phone, in person, like we greet everybody when they come in, we talk to ’em, we help ’em try to find what they’re looking for, we carry their bags to their cars for them. So, you know, they come to know us, too, and, like, know our names, and some of them are very friendly and we can talk to them when they’re in here every week.

JULIANNE SUN: In other words, Secret Treasures is how Dawn and her staff made a living out of her passions.

DAWN OKAMOTO: Every day is fun. And if that goes away, then we go away because otherwise it’s not worth it, because it’s a lot of work.