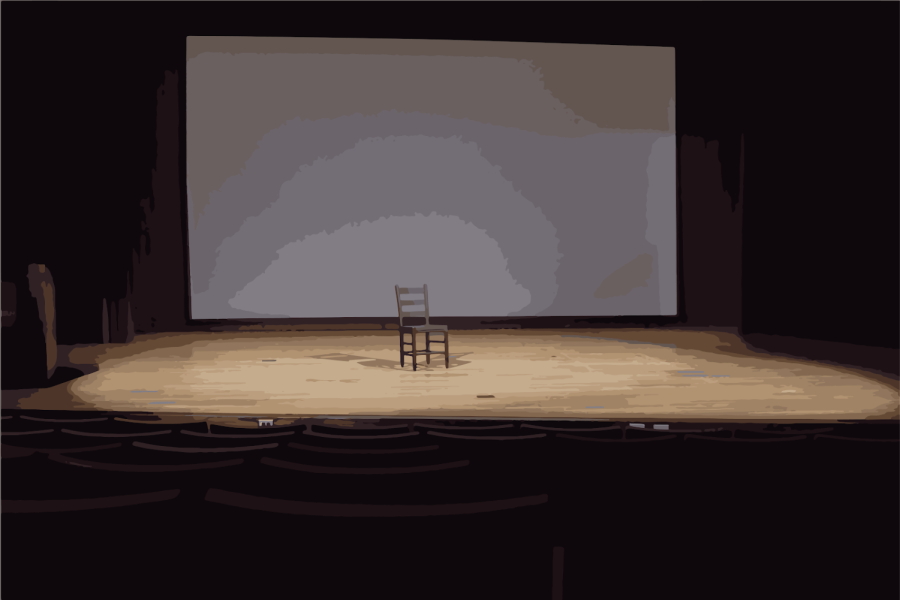 Photo and graphic by Angeli Mittal

After an alum alleged Communication Prof. David Bell sexually harassed him while he was an undergraduate, more Northwestern students and alumni have spoken out.

The Daily has chosen to rename sources who wish to remain anonymous out of privacy concerns. These sources are introduced with an asterisk.

Andrew Restieri (Communication ’18) sent a letter Friday to theatre department leadership alleging his experiences being sexually harassed by Communication Prof. David Bell while he was a Northwestern undergraduate.

The letter, also posted to Restieri’s social media accounts, details the story of his relationship with Bell, who is a tenured professor, NU’s director of Music Theatre and the artistic director of the American Music Theatre Project.

Bell is set to retire this year, according to Interim Department Chair Prof. Henry Godinez. Bell teaches multiple courses, including Theatre 352: Music Theatre Techniques — the class in which Restieri first met him.

“The University let me down in my time of need,” Restieri wrote in the letter. “In my attempts to hold a professor accountable for actions that made the end of my time at Northwestern nearly unbearable, I was met with harsh resistance and, at times, silence.”

Restieri and several of his classmates noticed that Bell took interest in him, receiving lots of positive feedback, he wrote. He said he began getting “regular, unwanted” messages from Bell, including a comment about his family the professor made after searching through the Facebook profiles of his relatives.

According to Restieri, Bell’s class was known for making theatre students feel “disturbed and unsettled” because of the exercises he forced them to do, including reliving their traumatic experiences in front of the class. While crying in theatre can be productive, Restieri wrote, these experiences crossed a line.

“We bore witness to full on panic attacks as students were made to relive their most traumatic experiences,” Restieri wrote. “While we expect to be challenged emotionally in our coursework, I don’t think any of us signed up to have panic attacks induced in front of our peers.”

“The School of Communication strongly condemns any abuse or harassment of students by our faculty, be it physical or emotional,” the statement read. “We take very seriously our responsibility in creating a rigorous, challenging educational environment that still manages to account for the mental and emotional wellbeing of our students.”

Bell did not respond to The Daily’s request for comment.

Restieri’s relationship with Bell took a turn for the worse after he became a co-chair for The Waa-Mu Show, which was directed by Bell, he wrote. As part of a long-standing tradition, he said Bell paid for a coveted international vacation for members of the executive board.

While in Rome, Restieri said he felt “entirely at the mercy” of Bell, who dictated their schedules with little communication. At one point, Restieri said Bell canceled their dinner reservation because of his disappointment in their creative thinking skills.

“The trip became not about a group of people arriving at a creative decision together, but about appeasing this one man and avoiding his temperamental outbursts,” Restieri wrote. “I felt exhausted, emotionally manipulated and unprepared for the year ahead.”

The professor would also facilitate group bondings in the form of dinners. It was during one of these dinners that Restieri said a drunk Bell forced him to take a sip of alcohol, despite Restieri making it clear he doesn’t drink.

On one night, Restieri wrote, Bell handed him several hundred euros to hire a prostitute because of his “concern that (Restieri) wasn’t having enough sex.”

“He assured me that had we been in London or Amsterdam or a city he knew better, he would be able to procure one for me, but since he was unfamiliar with Rome, I was left to find one on my own,” Restieri wrote. “His parting words that night, which I’ll never forget, were, ‘Don’t come back tomorrow unless you’ve done something you regret.’”

Restieri wrote the incident left him feeling nauseous and unsure how to proceed. Months later, when he began telling the story to others, he confided in a faculty member who was a mandatory reporter with the Office of Equity.

But the formal reporting process was “long and arduous,” Restieri wrote. He waited 11 months for a result, which ultimately mandated Bell take a sexual harassment prevention training — but allowed him to stay as a professor. Bell was, however, removed from directing Waa-Mu almost immediately, though Restieri wrote he is not sure the removal was connected to his report.

Patterns of emotional and verbal abuse

One of Bell’s former students, Riley*, told The Daily that Bell emotionally and verbally abused them. On the first day of Junior Music Theatre Techniques nearly a decade ago, they said Bell made them sing while four of their classmates pinned their limbs to the ground.

“He proceeded to taunt and yell at me and started yelling things like, ‘No one will ever love you,’ and at the end of the song, he called me a ‘stupid f–got,’” Riley said. “It was very clear that he was trying to break me down and manipulate me into crying.”

Riley said Bell has a pattern of subjecting young queer students to this verbal abuse, finding everyone’s pressure points and pushing them. When they read Restieri’s letter, they found the content unsurprising.

“The way that David primed me in class made me feel that, as a young queer actor, part of the industry and part of the job was that I would be objectified and sexualized and have that manipulated against me,” they said.

Sam Mueller (Communication ’15), who took Techniques as a non-Music Theatre Certificate student, said she was not “properly warned” about the professor and was excited at the opportunity to take his class.

But within the first two weeks, Mueller said the experience of seeing one of their friends’ songs workshopped by Bell was deeply harmful.

“His method of workshopping that song was to have male-identifying people in the class put their hands on her and pull at her,” Mueller said. “It was absolutely horrible to watch because, and I cannot speak for the person singing, it did not seem to be a consensual act in any way, shape or form.”

Fearful Bell would do something similar to her, Mueller said she skipped the next class and eventually dropped the course altogether. After watching these patterns of harm occur to many of their friends, they called themself the “best case situation” because they were able to leave the environment.

Following Restieri’s public letter, Jeremy Fassler (Communication ’12) posted his story detailing his experiences with Bell. In his accounts, Fassler wrote about the emotional abuse he endured as a student. One example included Bell telling students he would be “the asshole in (their) ear.”

Bell would “thrive on unpredictability,” Fassler wrote, either highly praising someone or digging into them. Fassler also supported many of the points Restieri brought up surrounding how Bell would drive students to breakdowns and exert control over the decisions made for the Waa-Mu Show.

“My experience (in his class) was unbelievably horrible,” Fassler told The Daily. “If I had to do my Northwestern experience over again, it’s the only class I would not have taken — it was a complete waste of time.”

A position of power

Kyle*, a former Waa-Mu Show executive board member, said he saw the control Bell held over the organization.

Bell decided whether someone’s song or show ended up in the final performance, Kyle said. The professor’s opinion of students, he said, had a direct correlation with their success in the organization.

Kyle said Restieri was not the only person who approached the administration with allegations of wrongdoing, which makes him wonder how the Office of Equity “vetted and cleared” Bell.

“I’ve found them to be incompetent and lacking the power to make change,” Kyle said. “I consistently found that the Northwestern administration was more interested in preserving the institution as a whole and the reputations and whims of professors over the concrete needs of students.”

Ethan* has taken Bell’s classes since his sophomore year and said he heard rumors about Bell being a “crazy old man.”

However, as a student in his Techniques class, the Communication senior said Bell’s teaching techniques were harmful to some of his classmates.

“I would hear stories of how, in the other (class) section, people felt uncomfortable and violated,” Ethan said. “I’m really grateful for Andrew’s letter and the dialogue that is happening now because we, as young people, are responsible for changing that culture.”

Communication sophomore Craig Carroll said he did not have any negative experiences with Bell while taking his class during his freshman year. But reading the letter came as no surprise to him.

Carroll’s class, which started on Zoom due to the pandemic, eventually began meeting in Bell’s apartment — which he said feels strange in retrospect.

“He’s always had a very close relationship with students and people who participate in the clubs he advises,” Carroll said. “Even if people haven’t had negative experiences, I imagine many of his current students are uncomfortable going to the class that he’s leading knowing all of this information now.”

While he said he supports the students’ action items and plans to “implement (them) as quickly as possible,” Godinez did not provide any further details.

Several students and alumni expressed their concerns about Bell’s retirement at the end of this year. They raised questions about how to take action against a retiring tenured professor.

“It’s hard to watch people in power get away with (how) they chose to behave and the trauma they chose to inflict,” Riley said. “It’s important for those students, current and past, to know that their department stood up for them and wants that healing.”

Along the same lines, Mueller expressed her disappointment with how NU is allowing Bell to continue being near students when “it’s very clear he shouldn’t be.”

In the end of his letter, Restieri wrote that he is not “seeking any form of specific action or retribution,” and, instead, wanted to share his story with the NU community.

“It is my firmly-held belief that a theatre education should not be traumatizing,” he wrote. “Mine was, and it was largely due to one man who still holds a senior position. Northwestern has an obligation, as one of the best universities in the country, to hold its students and faculty alike to the highest possible standard.”