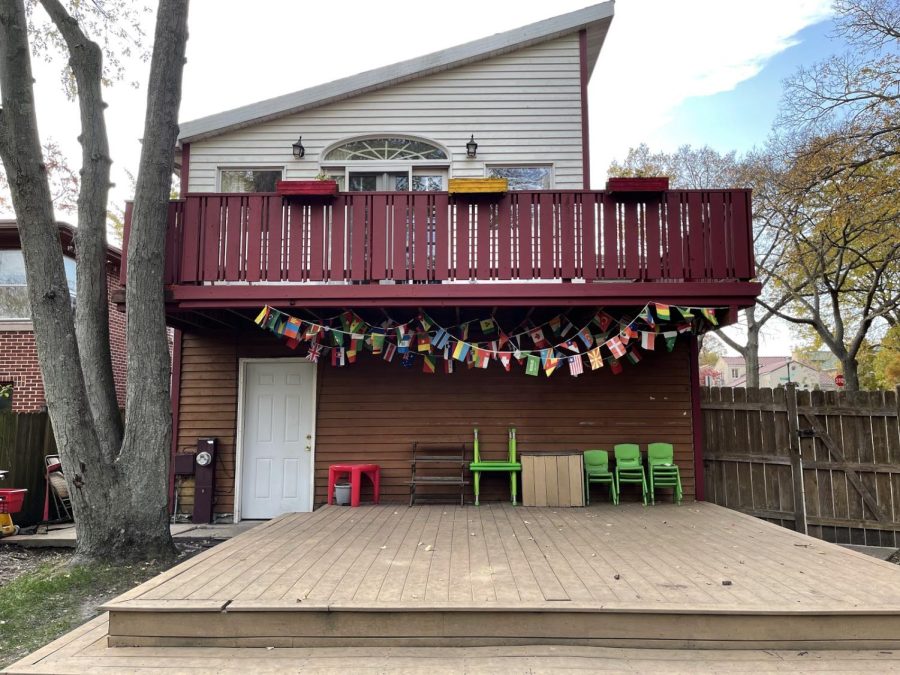 The Evanston Montessori Children’s House teaches children aged 2- to 6- years old in various subjects, such as science, math, geography and practical life skills. According to Terri Sabol, it is still an “open question” regarding how private childcare centers like this provider could be affected by universal pre-K.

As Congress considers a federal universal free prekindergarten bill, some advocates say it could boost enrollment at public childcare centers in Evanston — and increase access to childcare, especially for low-income families. But the impact on private childcare providers, who comprise the vast majority of Evanston’s pre-K landscape, remains unclear.

President Joe Biden’s Build Back Better bill proposes universal and free pre-K services for 3- and 4-year-olds. The House of Representatives aims to vote on the bill later this week. If the Senate also signs off, the program would be the largest expansion of universal and free education in over 100 years, according to the White House. The framework would provide funds for any state that opts into the universal pre-K program.

Research shows access to pre-K links with significantly improved educational and career outcomes in the long run, but access disparities are wide, with students of color and students from lower-income families disproportionately shut out of pre-K. In Illinois, 28% of 3- and 4-year-old children were enrolled in pre-K for the 2019-20 academic year, according to a study by Statista. That same year, Illinois families paid an average of over $13,000 for child care.

Chicago Public Schools is taking steps to expand its preschool offerings, with a goal to offer enough seats for every four-year-old Chicago child to access free pre-K by 2022, but it’s encountered challenges filling seats amid a confusing registration system, pandemic concerns and other reasons.

“There are a wealth of wonderful (childcare) programs in the Evanston community and Skokie community, but they cost money for the most part for families,” Sprague said. “Having universal pre-K would alleviate that.”

According to Sprague, the center has enough classrooms to serve a maximum of around 360 students. She said the current application process is selective and accounts for socioeconomic status to decide which families are most in need. With limited slots, some families have to look for other options across Evanston — but unlike Joseph E. Hill Childhood Center, many of those cost money. Universal pre-K would relieve the cost of those options, especially for low-income families, she said.

SESP Prof. Terri Sabol said childcare places an economic burden on families, especially low-income families that spend up to 30% of their median incomes on childcare.

“(The universal program) both expands access, as well as reduces the amount of money that families will have to pay out of pocket,” Sabol said.

For the universal preschool section of the program, the Build Back Better act would provide funding to states for distribution to eligible providers. These providers include licensed child care programs, Head Start grantees and local education agencies such as District 65 — or to cities, counties or other local governments.

The bill also details the establishment of a “Birth Through Five Child Care and Early Learning Entitlement Program,” which will ensure that no eligible family will pay more than 7% of their income on child care.

However, the impact that the bill will have on the private child care industry is unclear.

Basharat Ahmed, owner and director of the Evanston Montessori Children’s House, is worried her income and business could be negatively impacted by universal and free pre-K. She said universal pre-K may incentivize parents to send their children to public universal pre-K, rather than private options.

She also said public schools may not have the resources that some private childcare providers have.

When a state opts in for funding, it must create standards for its preschools and ensure eligible providers meet these standards, according to the current bill.

Sabol believes there are many “open questions” regarding the potential impact that universal pre-K could have on local private childcare providers.

Currently, Sabol is working with colleague Diane Schanzenbach, professor of human development and policy, on a study regarding the impact of Chicago’s universal pre-K program on the childcare market.

“What happens when you introduce a free option into the childcare market?” said Sabol. “It’s an open question.”

Sprague believes cooperation will be required among private and public childcare providers if universal pre-K becomes the national standard.

“We will not be in the business of putting community based and private preschools out of business,” said Sprague. “It’s really about working together with the community to figure out how we structure this.”