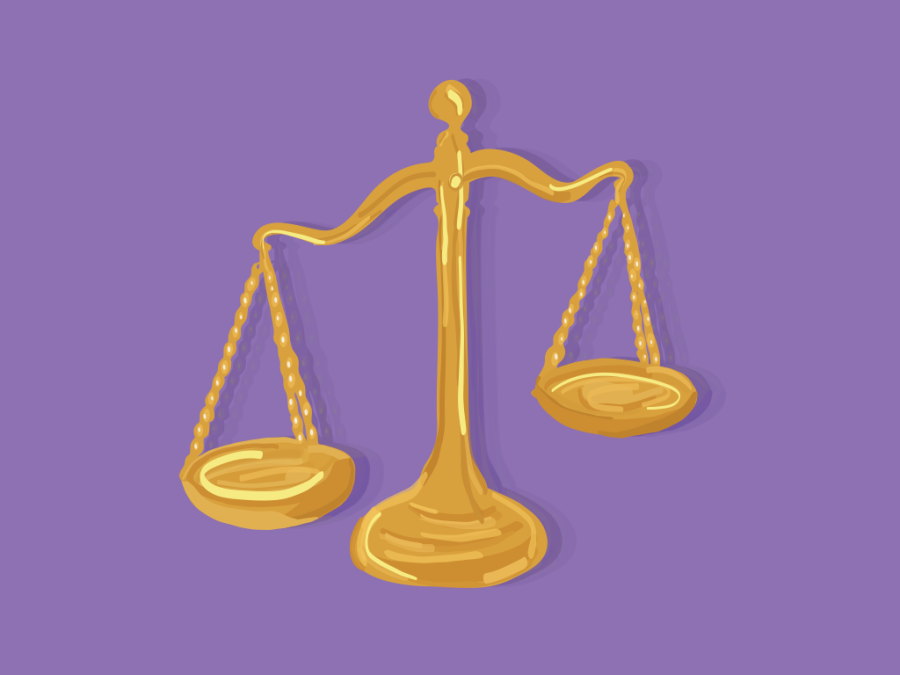 NU has faced numerous lawsuits in recent years, some dismissed and others currently in progress.

Northwestern has faced numerous lawsuits in the past few years, ranging from the cheer team to its retirement plan — the latter of which will be heard in front of the Supreme Court next month.

The University was also recently involved in a suit alleging unfair tuition during the pandemic, a lawsuit dealing with a data breach by Northwestern Medicine and Elekta and another alleging improper storage of student biometric data collected through test proctoring software.

While some suits are still ongoing, others have been dismissed. These lawsuits were filed between 2016 and 2021.

Sexual harassment on the cheer team

Richardson is suing for emotional damages as well as lost academic and career opportunities.

In her complaint, she stated then-coach Pamela Bonnevier forced her and other cheerleaders to entertain fans at tailgates and alumni events, despite frequent groping and inappropriate comments. Richardson said these individuals were older men who were often intoxicated and potential donors.

The cheerleaders were forced to mingle alone and without supervision, Richardson alleged in her complaint. Richardson said Bonnevier was unresponsive when she asked for help and support. Following an internal investigation last year, Bonnevier was fired in November 2020.

The lawsuit alleges the University was slow to investigate reports of sexual harassment. Over a year after Richardson first came forward, the athletic department began an official investigation into the matter. Richardson said she had still not seen the findings of the report when she filed the lawsuit.

Defendants include NU, Bonnevier, Mike Polisky, Heather Van Hoegarden Obering and Amanda DaSilva. Obering is the associate athletic director for marketing, and DaSilva is the associate director of equity and Title IX compliance.

Polisky was promoted to athletic director in May, but resigned just nine days later amid significant public outcry. Athletic Director Derrick Gragg replaced him in the role.

The University filed a motion to dismiss Richardson’s allegations in May.

Racial discrimination on the cheer team

Former cheerleader Erika Carter (SESP ‘18) also claimed she experienced mistreatment while on the cheer team. In addition to the sexual harassment Richardson alleged in her lawsuit, Carter said she and other Black women on the team experienced racial discrimination. In February, Carter told The Daily she was planning on suing the University.

Carter told The Daily that Bonnevier emailed her saying she could not wear her hair naturally or in braids and suggested she wear a wig at events. She also told Carter her hairstyle choices could affect her opportunities on the team. Carter also alleged Bonnevier did not allow Black cheerleaders to stand near one another because of “optics.”

Other Black cheerleaders have voiced similar complaints about their time on the team.

Carter participated in a 2020 investigation into the culture of the cheer team, but she said she was not given access to the findings of the report.

In 2016, St. Louis-based firm Schlichter Bogard & Denton brought a lawsuit against NU for a “breach of fiduciary duty,” or not acting in its employees’ best interests, in its retirement plans. In July, after numerous appeals, the case made its way to the Supreme Court.

The University is being sued for a “breach of fiduciary duty” due to excessive fees relating to their employee retirement plans. District and appellate courts previously decided in favor of NU.

Numerous similar lawsuits have been filed against universities and other institutions, and the Supreme Court’s upcoming decision may offer insight into the outcomes of those suits. The Court will hear arguments in December.

Students who participated in online classes during the pandemic brought a class action lawsuit against NU for offering exclusively online instruction in fall 2020 and not refunding tuition or fees. The University did, however, discount tution 10% that quarter.

They argued the University entered an implicit contract that promised in-person education and by not holding in-person classes or reducing tuition, NU had breached that contract. The plaintiffs presented communications from the University to demonstrate the implied guarantee of an in-person experience.

This lawsuit was dismissed in September by Judge Harry Leinenweber. His opinion stated NU’s website and marketing materials did not constitute binding or universal promises to all students, and the University did not explicitly promise to offer in-person instruction.

This suit is one of many that have been filed across the U.S. as a result of online instruction during the pandemic. Students and families have demanded reduced or refunded tuition for what they consider an inferior learning experience online.

These suits have largely been unsuccessful for the same reasons the suit against NU was dismissed: most universities never explicitly promised their students an in-person learning experience.

Elekta, a Swedish company that provides radiation services for cancer and brain disorders, experienced a data breach in the spring affecting 170 healthcare systems, including Northwestern Medicine.

The suit is seeking damages for the patients whose data was potentially breached. The defendants allegedly acted negligently and did not adequately protect patients’ information, according to Bloomberg Law.

Improper capture and storage of data through online test proctoring

An anonymous NU student going by the name of Jane Doe filed a class action lawsuit against the University in January for alleged improper capture and storage of student biometric data, including face scans and voices, through online test proctoring software.

The suit alleges the University violated the Illinois Biometric Information Privacy Act and seeks damages for students who have taken tests using this software. Multiple, separate lawsuits have been filed in connection to online proctor software.