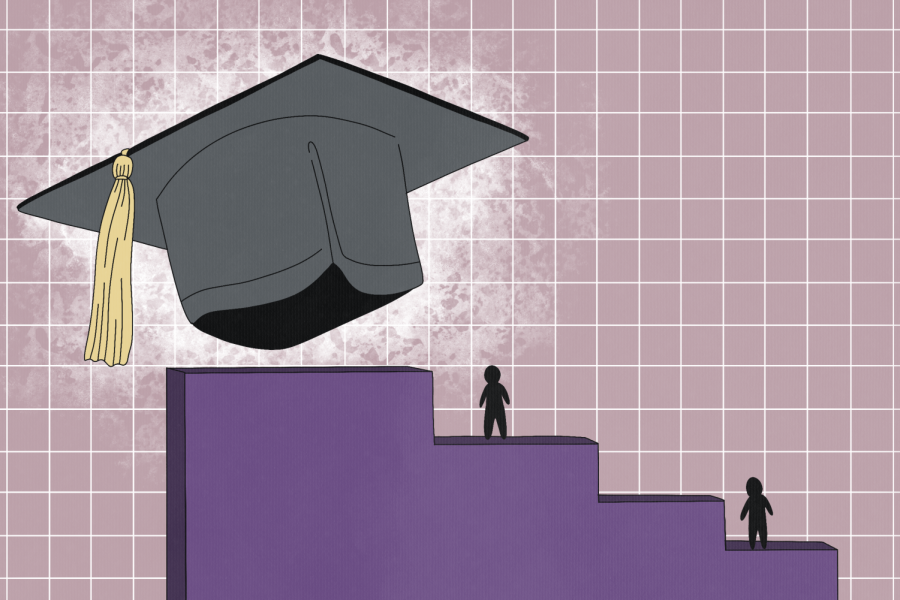 Amherst College recently announced it would end its legacy admissions policy, reviving debates about the practice at top universities such as Northwestern.

McCormick freshman Joshua Jenkins is opposed to the practice, saying it does not benefit all groups equally. The legacy admissions policy became common in the 1920s when women, Black Americans and other marginalized groups were largely excluded from attending elite universities.

“The majority of people (who were) going to institutions (as) elite as Northwestern were white,” Jenkins said. “Going down the line, a lot of the applicant pool that was able to benefit from this were white applicants.”

A study by Duke University economist Peter Arcidiacono — cited in a lawsuit against Harvard University for its race-conscious admissions policies — found that 21.51% of white students admitted were legacy students, compared to 6.96% of Hispanic admits, 6.63% of Asian admits and 4.79% of Black admits.

Holloway said NU’s “20 by 2020” initiative and “skilled enrollment management team” have allowed the University to successfully fill a minimum of 20% of incoming freshmen classes with Pell Grant-eligible students. “Twenty by 2020” is just one of the University’s initiatives that have been implemented in recent years to increase diversity within the student body.

NU currently has one of the highest percentages of Pell-eligible students at private universities nationwide, University spokesperson Jeri Ward said in a statement to The Daily.

Ward said all students admitted to NU must meet the University’s standard for admissions, including legacy students. No group is subject to a different standard, she added.

“Northwestern has worked diligently to build a student body representing those from as many backgrounds as possible, ranging from first-generation college students to those from multigenerational Northwestern families,” Ward said in the statement.

However, Communication sophomore Piper Jean Bailey, whose mother is an NU alum who works at the University, said these initiatives are not reflected in the demographics of the student body.

“Northwestern is putting work in to get more underprivileged students to apply and accepting them,” Bailey said. “But the fact of the matter (is), you can look around and see that this school is mostly white and mostly people whose parents or family make a lot of money.”

With her status as an Evanston Township High School graduate and her mother’s connections at the University, Bailey admitted being a legacy student likely gave her an added advantage in the admissions process.

McCormick freshman Christian Joseph Englert, however, said the connections and familiarity that legacy students bring to NU are vital to the overall community. He recalled helping a classmate decide whether he wanted to major in industrial engineering using knowledge shared by his mom, an alumna.

Many elite institutions, like Harvard, have defended their use of legacy preferences by saying that it encourages alumni donations. Those donations support resources such as scholarships, according to Harvard College Dean of Admissions William Fitzsimmons.

However, Bailey said the resources and lifelong impact students gain at NU will inspire alumni to donate regardless of legacy preferences.

“For people (who) have become incredibly successful, they owe the beginning of that to Northwestern,” Bailey said. “I don’t think that stopping the legacy program would prevent that from happening. It’s this sense of community and family that Northwestern creates that is what makes people want to donate.”