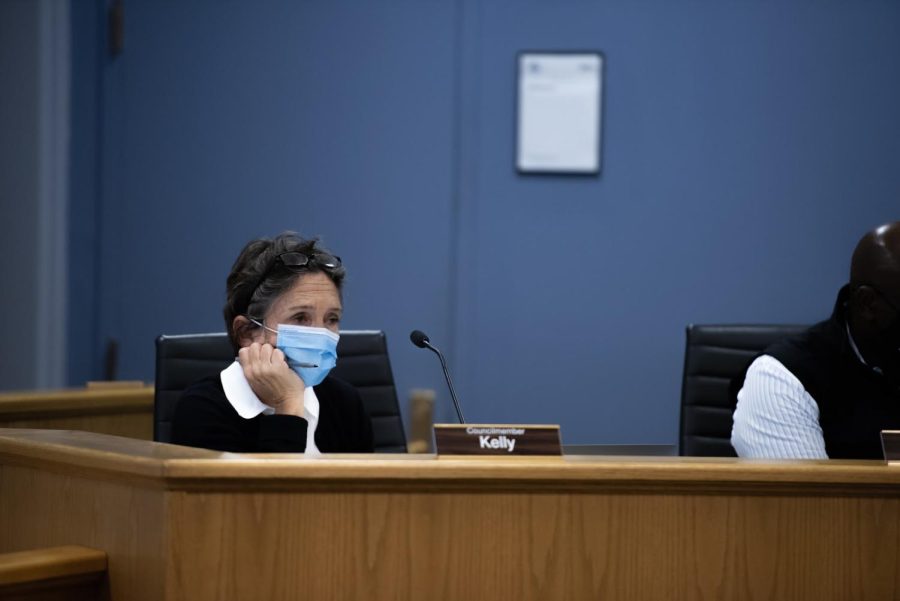 City Council discussed designating $951,000 within the 2022 budget to add 11 full-time positions and one part-time position to city government next year.

These positions would include a new lakefront recreation manager, a deputy city clerk and a Zamboni driver at the Robert Crown Community Center.

Twenty-nine civic positions were held vacant in the 2021 budget to save the city money during the height of COVID-19, when the city also implemented a hiring freeze, Budget Manager Kate Lewis-Lakin said. Early proposals for the 2022 budget suggested adding back all 29, in addition to 20 new positions meant to aid chronically understaffed city offices.

“I just need the council to understand that we are stretched at the maximum capacity at this point,” interim City Manager Kelley Gandurski said at last week’s City Council meeting. “And that’s not something I would readily say.”

When cutting down proposed new positions from 20 to 11, city staff deprioritized filling public works positions in the forestry department, but left space for a new human resources hire to assist in onboarding other incoming staff, Lewis-Lakin said.

City staff also proposed funds to hire a deputy city clerk who would take care of walk-in records requests including voter registration, leases and Freedom of Information Act data requests. Fulfilling FOIA requests filed with the city could be a full-time job in itself, City Clerk Stephanie Mendoza said. She said the department is already overwhelmed with incoming 311 calls.Five of the proposed full-time positions and one part-time position would create new employee positions at the Robert Crown Community Center, including custodial staff and a Zamboni driver. The center has accounted for hundreds of thousands of dollars overall within the proposed 2022 budget. Its price tag has stirred controversy among residents during recent budget debates.

“When do we start analyzing each and every department?” Vasilko said.

Some city officials advocated to include as many full-time positions as possible in the 2022 budget to cut down on the number of temporary workers the city hires. Despite not receiving a long-term salary, the temps the city brings in to help understaffed departments have become almost as expensive as hiring full-time workers, Lewis-Lakin said.

Others, including Ald. Clare Kelly (1st), were wary of setting the city up to hire en masse under both an interim city manager and an interim head of human resources.

Kelly suggested taking the 40 positions out of the budget entirely. Through that plan, the council could still propose amendments to create positions it deems necessary during future sessions.

“Gandurski is perfectly capable, but … we should allow for our permanent city manager, whoever it might be, to make these kinds of decisions that will have a long-term budget impact,” Kelly said.

But other councilmembers pushed to alleviate understaffing. Ald. Peter Braithwaite (2nd) said it’s important for councilmembers and the city government to create a more positive working environment, even if that means spending more money on staffers.

“(We should) talk to the staff (rather than) trying to whittle this down and looking for a magic number without taking into consideration how it’s going to impact our service,” Braithwaite said. “Many of us sitting behind here are responsible for the atmosphere for the departure of our last city manager.”

The council will continue to discuss, and have an opportunity to vote on, proposed personnel budgets at its next meeting on Nov. 23. The deadline for passing the final 2022 budget will be Dec. 15.