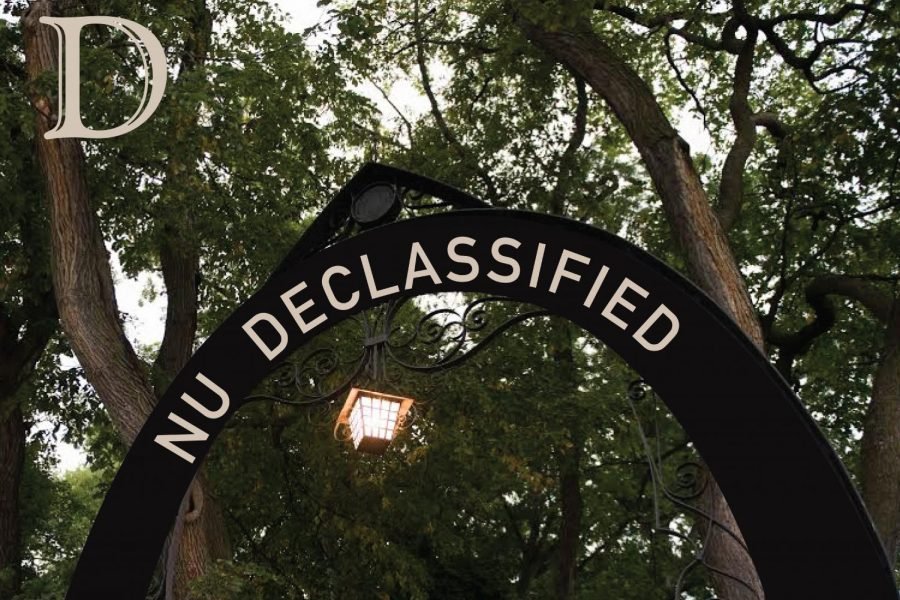 Ever wondered how nature can help us improve our health? Anthropology Prof. Teresa Horton researches green space and nature-based interventions. This episode of NU Declassified takes a dive into her research.

ERICA SCHMITT: And I’m Erica Schmitt. This is Trial and Error: a series from NU Declassified exploring research projects at NU.

AVIVA BECHKY: In this episode, we’re looking at the work Horton is producing on the health benefits of nature. She’s juggling multiple projects exploring access to green space and its therapeutic effects. During the pandemic, her lab had to shift its focus to survey- and interview-based projects that could be done virtually.

TERESA HORTON: There are lots of surveys that have shown that lots of people have been spending a lot more time outside during the COVID pandemic. But we want to go another step further, because we know not everybody has equal access to green space and nature. Not everybody feels comfortable going to parks. And so what we want to try to do is ask people whether or not, you know, they had access to the parks that they wanted and needed; and if they didn’t, what were the barriers that they felt kept them from accessing that? And we hope to add to the discussion about equity of access to green space.

ERICA SCHMITT: That’s just one of her projects. The survey is just about ready to launch. She’s aiming to get responses from people in the New York, Chicago, Houston and Atlanta areas.

AVIVA BECHKY: But the lab also works on projects closer to home. We took a closer look at one in particular: Gardening for Recovery and Optimal Well-Being, or GROW.

TERESA HORTON: We’re working on a local study with a drug and alcohol rehabilitation center to ask questions about whether having a garden and having the patients at the rehab center engage with a garden helps with their recovery from drug and alcohol use.

ERICA SCHMITT: Her lab collaborates with Above and Beyond Family Recovery Center, which is an outpatient addiction treatment facility in Chicago. As a part of the study, Horton interviewed patients in the gardens, but the pandemic impacted how she could speak with the patients.

TERESA HORTON: The general tenor of all of them was that this was a really great healing experience.

ERICA SCHMITT: Another phase of the project is developing from one of the questions Horton asked in the original patient interviews. She’s interested in how reflecting on interactions with the garden impacts patients’ recoveries.

TERESA HORTON: And then we also asked them what they thought about being interviewed and how they thought that the interview process influenced the way they viewed the garden or kind of thought about things. And it’s actually asking that last question about what did they think about being interviewed that led us to the next phase of our project. Because what people were saying was, you know, it got them thinking about how they were interacting with the garden.

AVIVA BECHKY: She said she’s interested in the effects of getting patients to think more about their connections with the environment. For the next stage, she wants to incorporate photography into that process.

TERESA HORTON: You give people cameras, and you ask them to go take a series of pictures. And then you interview them about why they took these pictures, what was important about those pictures. What we want to do is actually use this as part of the therapeutic process and see if it, you know, having them focus on taking these pictures and getting them to reflect on them and talking about it in terms of their recovery process, whether that actually does have any impact on their recovery process.

ERICA SCHMITT: After interviewing participants for the first round, researchers in Horton’s lab went through the process of qualitative coding. That means they identified common phrases and themes that come up throughout the different interviews.

AVIVA BECHKY: Students work in the lab, including SESP junior Olivia Poole, who helped process the initial interviews for the GROW project.

OLIVIA POOLE: A theme might be senses, and then I would code differently for like, sight, smell, touch, taste and then if someone said, “Yeah, it smelled amazing,” I would highlight that section and then say “Code for smell,” or something like that.

AVIVA BECHKY: Olivia and other students worked on a literature review looking at existing research on treating substance use disorders with nature-based interventions.

MIRA YANG: We just looked up like all the other studies that already exist in terms of treating substance use disorder with, like, nature-based interventions. So, whether that be like, um, adventure therapy, wilderness therapy, horticultural therapy or there’s some other like new programs.

ERICA SCHMITT: That’s Mira Yang (Weinberg ’21), who is now a first-year student at the Feinberg School of Medicine. She’s been working on nature-based interventions in Horton’s lab for two years.

AVIVA BECHKY: Mira expects the GROW literature review to wrap up soon. But the lab is just getting started with GROW. Olivia says the coding and literature review offered early indications that nature-based interventions are helpful.

​​OLIVIA POOLE: I’m a big fan of gardening and I’m a big fan of therapeutic horticulture, horticultural therapy, nature-based interventions, all of these things, and I’ve done so many literature reviews and actually read hundreds of articles in support of them. So, I always think that that’s really important and specifically in the Gardening for Recovery and Optimal Well-being project. In terms of the initial coding and in terms of the literature review, I was hoping to find evidence that this would be — should be — a program that’s supported and we essentially really did find that it is pretty important and could be really beneficial.

OLIVIA POOLE: They’re going to most likely go ahead and start running that program and then it will be collecting more formal data because this was all kind of like informal to like prop up a more formal program and get more funding for that.

ERICA SCHMITT: Beyond the research itself, the lab has also offered opportunities for students to explore their interests in health and environmental sciences.

OLIVIA POOLE: That’s why the lab drew me in the first place and why I was so interested in the lab is that my two definitely big interests are nature and health. And so, I loved how this lab was bringing together the intersection of both of those.

ERICA SCHMITT: Olivia’s post-graduate plans relate to her work in the lab.

OLIVIA POOLE: So, once I graduate, I definitely want to do some sort of work in environmental policy or working on like incentivizing more environmental care — whether that means for the environment or for the good of people — but also kind of looking at what those intersections look like ethically.

AVIVA BECHKY: Meanwhile, Mira is moving toward medical research, but says her experiences in Horton’s lab exposed her to new ideas and methods.

ERICA SCHMITT: Mira said this was an important experience for her, since many people opt for more quantitative lab research, instead of participating in projects like Horton’s.

MIRA YANG: I definitely think people jump to like bench research, and this is, like, very different from that. But I think it’s still, like, valuable to hear people’s perspectives. And I think this is a relatively new field, understanding how nature affects people’s health. And I think it’s really cool and important to be somewhat at the start of that.

ERICA SCHMITT: Horton hopes to keep exploring the intersection between public health and the environment.

TERESA HORTON: So, it’s a matter of trying to build this recognition that everything from the pocket park in your neighborhood to a wilderness area is important, and that we need these spaces for public health.

ERICA SCHMITT: And I’m Erica Schmitt. Thanks for listening to another episode of NU Declassified. This episode was reported and produced by Aviva Bechky and myself. The audio editor of The Daily Northwestern is Jordan Mangi, the digital managing editors are Alex Chun and Sammi Boas, and the editor in chief is Isabelle Sarraf. Make sure to subscribe to The Daily Northwestern’s podcasts on Spotify, Apple Podcasts or SoundCloud to hear more episodes like this.

— Brainstorm: What stars can tell us about the universe