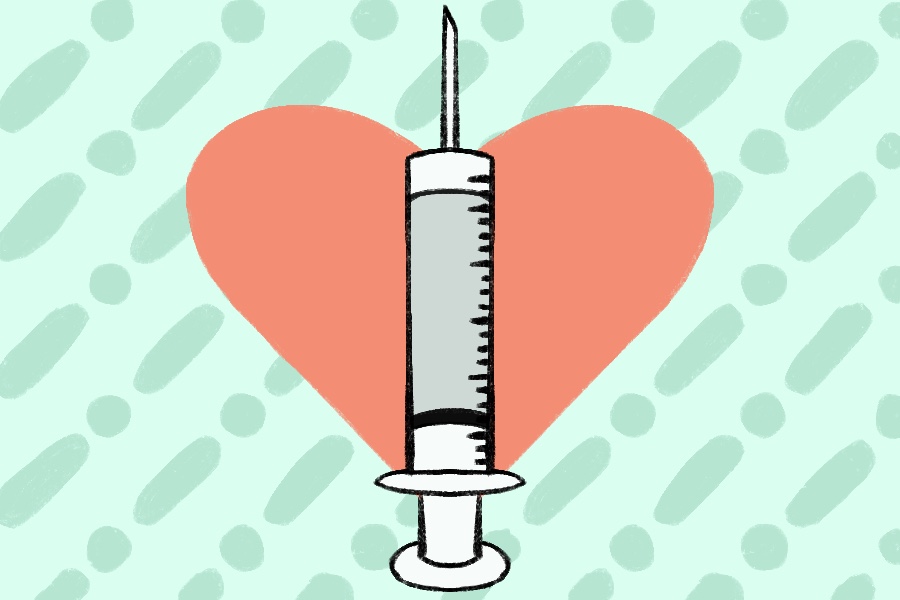 The Food and Drug Administration recently authorized the Pfizer-BioNTech vaccine for children ages 5 to 11.

Many parents at Northwestern let out a sigh of relief after the Food and Drug Administration recently authorized the Pfizer-BioNTech vaccine for children ages 5 to 11.

Yuhua Yu, a third-year psychology graduate student and a parent of two 7-year-olds and a 10-year-old, said she was grateful when she heard the news of the authorization.

“‘Thank god,’ was my reaction,” Yu said. “We’ve been waiting for this moment for a long time.”

The FDA authorized the vaccine for emergency use on children on Oct. 29. The Centers for Disease Control and Prevention backed this decision by publishing its own recommendation of vaccine authorization for the age group.

Despite these endorsements, however, Yu said she had some minor concerns about the vaccine’s effect on children. One such concern was the risk of myocarditis, a rare side-effect of mRNA vaccines against COVID-19 involving heart inflammation, she said.

“Especially for young children, there isn’t enough data on the risk of myocarditis, and that’s why I want to wait a week or two before I get the appointment,” Yu said.

For economics Prof. Lori Beaman, the authorization meant a partial liberation from her concerns regarding the health and education of her two children.

While her children’s return to in-person education last winter was somewhat relieving, Beaman said it also became a source of anxiety as positive cases started popping up at school. She hopes getting her children vaccinated will set her mind at ease and allow them to enjoy being around people again.

“For our family, we’re really excited that we can now have other kids over for playdates without worrying too much,” Beaman said. “We have not eaten at a restaurant this whole time, but I think that’s something we’re ready to start talking about doing.”

Kusma said she recommends parents vaccinate their eligible children as soon as possible.

“As far as the safety of this vaccine, it’s been very well-studied and it’s very safe,” Kusma said. “We’re not seeing those short-term side effects that we expect with vaccines, so I would say that I have confidence in its safety.”

Doses for children have been diluted from the concentration used for adults, making the vaccine safer for children while maintaining its efficacy, Kusma added.

Kusma acknowledged that some parents may still have concerns about the vaccine, but she said listening to scientists and doctors while having conversations to address those concerns is critical to ensuring everyone’s safety.

“As a pediatrician, my job is to talk with the families that I serve and answer their questions and concerns to the best of my ability,” Kusma said. “I really hope families with those concerns go to trusted sources of information to learn more.”

— Parental vaccine resistance is on the decline, study finds