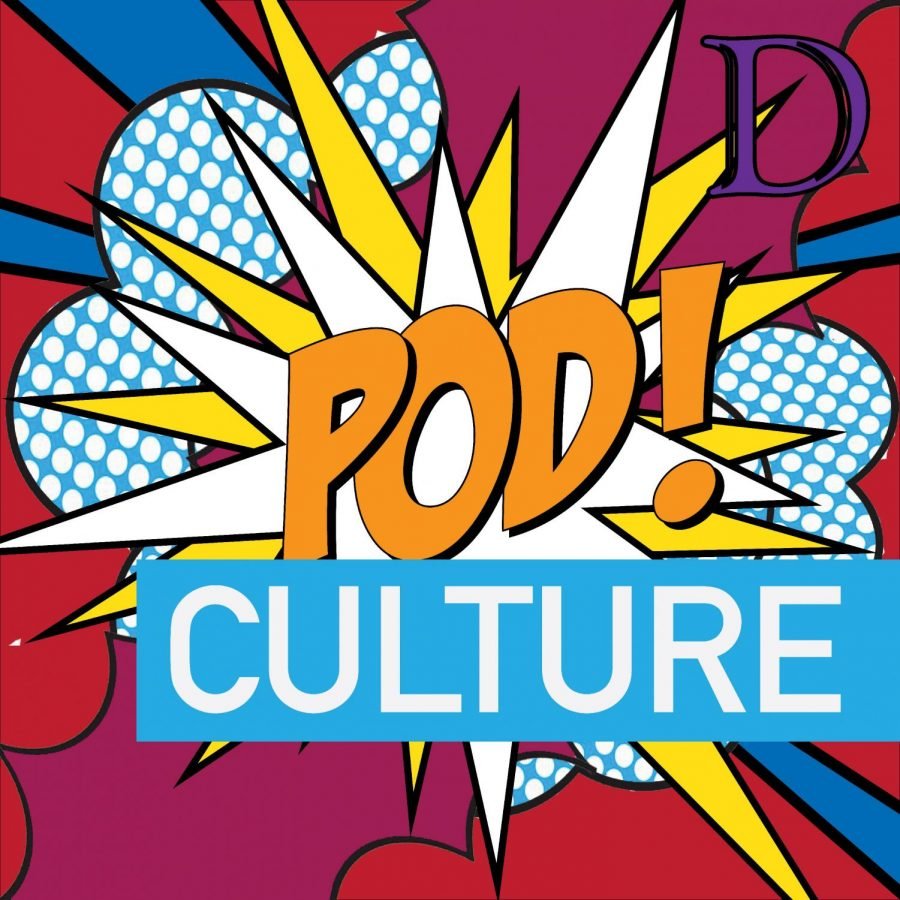 Sailing in from an island off the coast of Scotland, the Jewish Theatre Ensemble’s Fall Quarter musical “Islander” features two cast members playing 27 characters, live audio looping and a backstage team dedicated to making it all happen.

MARGOT AMOUYAL: And I’m Margot Amouyal. This is Podculture, a podcast about arts and culture on campus and beyond.

MIKA ELLISON: This episode is part of “Behind the Scenes,” a series on the inner workings of student theatre shows at Northwestern.

MIKA ELLISON: Jewish Theatre Ensemble’s Fall Quarter musical performed at Shanley Pavilion on Friday, Oct. 22, at 7 p.m. and 10 p.m. and on Saturday, Oct. 23, at 2 p.m. and 7 p.m. It stars two actors that portray a total of 27 characters over the course of the show.

MARGOT AMOUYAL: “Islander” centers around a young girl named Eilidh, a resident of the island of Kinnan. The show documents Eilidh’s struggle as she watches her home change due to the impacts of climate change.

ADELINA MARINELLO: “Islander” is really a story about community, about loss, about grieving and about finding love and finding friendship in like this weird in-between space of, like, an environment grieving.

MIKA ELLISON: That was Communication sophomore Adelina Marinello, one of the two stars of the show. Adelina is studying theatre and environmental policy and culture.

ADELINA MARINELLO: It’s the hardest show I’ve ever done, like technically, because, I mean, the looping and a cappella stuff is — I’ve never done anything that difficult before. And throwing in hard elements like that, as well as like Scottish dialects, has been such a fun and interesting task to kind of tackle.

ADELINA MARINELLO: So basically, to create a soundscape underneath our main vocals, like you’ll hear us doing different harmonies and stuff, which then we have Mitchell Huntley and Wes D’Alelio, who are our co-music directors. They’re brilliant, and they operate something called a looping station. And so they’ll loop it, and then the sounds will go over one another, creating, like, a fuller sound in the space.

MIKA ELLISON: The looping technology allows the show to be completely a cappella. This is one of Weinberg sophomore and “Islander” producer Griffin Minster’s favorite aspects of the show.

GRIFFIN MINSTER: So throughout the show, there will be different looped hooks and different things that the actors are singing over themselves to create these really beautiful soundscapes and backing tracks for themselves.

MARGOT AMOUYAL: And, of course, a lot of work goes into producing a high-level production like this, from rehearsing for nearly six weeks to moving into Shanley Pavilion and bringing the set to life within a week.

MARGOT AMOUYAL: We visited the show during tech week and took a look backstage at how quickly student theatre moves at Northwestern.

GRIFFIN MINSTER: There’s at all times like 17 different things that are running through my brain, um, especially during tech. I need to keep track of where people are and where they need to be and what jobs need to get done and everything that needs to be completed by the end of the day or by the end of the week in order for the show to be successful. It’s a fun job. It’s a very rewarding job. But it’s a lot of work — keeping track of all that and making sure that things are going well.

MARGOT AMOUYAL: However, all that hard work and passion is worthwhile to create a stunning performance that impacts the audience, including Communication freshman Julie Monteleone, who watched “Islander” live.

JULIE MONTELEONE: I was, like, crying throughout a lot of the show. I thought that it was very moving. And so impressive to see two students put on a show that, like, literally looked like it was a professional show.

JULIE MONTELEONE: Accessing an issue like climate change is really powerful to do through art forms because it adds, like, an emotional attachment to it. And so, in the play, like one aspect of it is that one of the characters is trying to save this whale that’s dying and you start to develop — like it has this really heavy emotional tie to it. And it takes it out of the realm of just science and politics and people discussing, and instead, it’s like this really physical, visceral thing that these two young women are, like, experiencing, experiencing loss in this way. And so I think for me, it pushes environmental activism forward because, in a lot of ways, if we want to make any progress, we need to reconnect with the physical and emotional relationship that we have to the natural world.

MARGOT AMOUYAL: Julie also thought the fact that the actors played multiple characters alongside the voice-looping technology added an important layer to the show.

JULIE MONTELEONE: It’s cool to see how, like, the characters all are interconnected, and because they’re being played by one person, they’re inherently similar to each other. And so the community feels that much closer and that much more “one thing” rather than a bunch of different people that maybe don’t mesh as well, or something. It all comes from inside.

LILY FEINBERG: You enter Shanley, which is this tiny little black box, and you’re really transported and you’re living in another story for an hour and a half. And I think that even if it’s your first show here or your 100th, that doesn’t get any less magical and any less special. And I think that if you’re having a hard week or a great week, it is equally as important and can help you in different, but equally as powerful, ways.

MARGOT AMOUYAL: And I’m Margot Amouyal. Thanks for listening to another episode of Podculture.

MIKA ELLISON: The music used in this episode was written by Finn Anderson and performed by Mariana Leone and Adelina Marinello.

MARGOT AMOUYAL: This episode was reported and produced by Mika Ellison and myself. The audio editor of The Daily Northwestern is Jordan Mangi, the digital managing editors are Alex Chun and Sammi Boas, and the editor in chief is Isabelle Sarraf. Make sure to subscribe to The Daily Northwestern’s podcasts on Spotify, Apple Podcasts or SoundCloud to hear more episodes like this.

— Captured: “Islander,” an a cappella musical with two actors and 27 characters

— How to navigate the Northwestern theater scene