Magazines from around the world found at historic Evanston newsstand 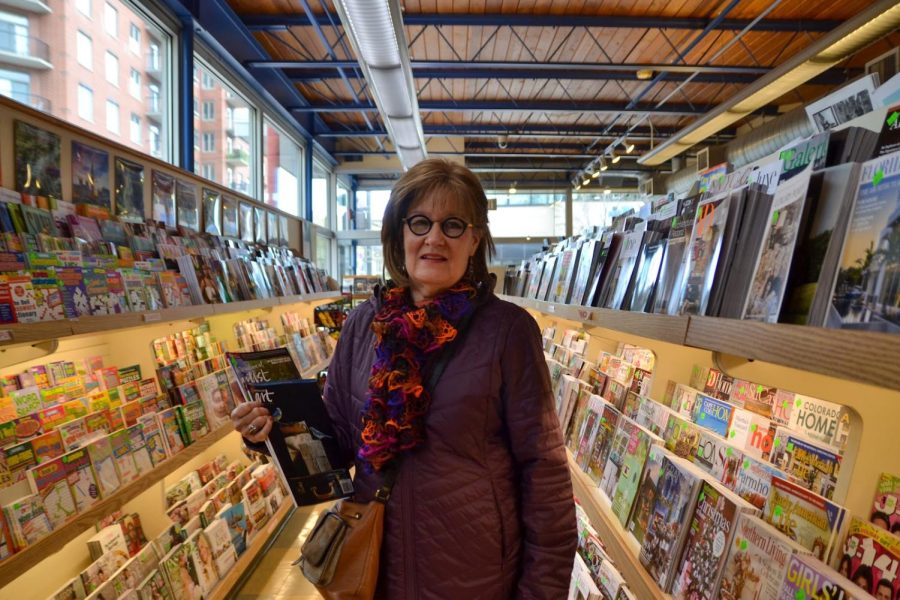 Over the past few decades, news has gone digital.

Outlets and readers across the country have switched to websites and social media to get their information. But sitting at the corner of Chicago Avenue and Main Street, an old-fashioned newsstand stays standing, selling print newspapers and magazines.

Chicago-Main Newsstand started as a wooden shack selling newspapers in the 1930s. Over the years, it began offering papers from around the country. It continues that tradition today, Operator Joe Angelastri said.

“We have always tried to bring newspapers and magazines (to customers). Our mission is to provide the widest selection we can get,” Angelastri said. “It is not as big as it used to be, but it is still bigger than anybody else’s.”

Angelastri began operating the newsstand in 2001 after the building was left vacant between 1993 and 2000. The city bought the property in 1999 with the intention of restoring the newsstand, according to Angelastri.

Under Angelastri, Chicago-Main Newsstand offers one of the greatest selections of magazines in the Chicago area, drawing customers from as far as Michigan and Indiana. Among its many unique offerings are art, fashion and political magazines.

The shop also offers several newspapers like The New York Times, Chicago Tribune, and Chicago Sun-Times, but the majority of its stock consists of magazines.

Manager Eric Ismond, who became a staff member in 2002 out of a love for magazines. According to him, the Internet essentially killed off the out-of-town paper segment of the business.

“We try to carry every magazine that is available,” Ismond said. “In most cases, we are pretty successful at that.”

Caryl Carlsen, an artist who grew up in Evanston, said she appreciates the location and vintage exterior of the store. Carlsen regularly checks the art sections for inspiration.

“This is just a unique place. They have everything (including) international magazines. I’m an artist, so I like to look at that stuff,” Carlsen said. “It’s always mind-blowing how much they have and the resources it offers.”

Angelastri also operates another newsstand location in Chicago: City News Cafe. That site has been open since 1978, but Angelastri says the Evanston shop sees more customers due to its proximity to public transportation and higher neighborhood density.

During the pandemic and in general, Angelastri and Ismond said they appreciated steady support from the Evanston community. Specifically, Angelastri was impressed with the amount of people who want to stick with print news.

“We appreciate the people in Evanston who support the old-style newsstand,” Angelastri said. “In most communities in America, you couldn’t have that.”