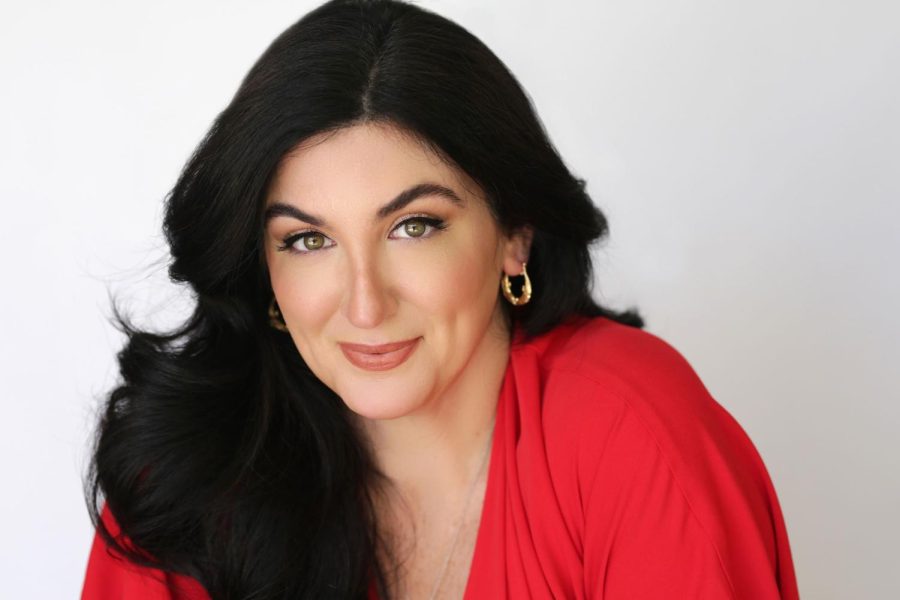 For Katie Rich (Weinberg ’05), a parody Twitter account was the source of inspiration for her new animated Netflix series, “Chicago Party Aunt.”

“It was crazy to take something that was just jokes on Twitter and turn it into a real-life human being,” Rich said. “But I love creating a world from a character perspective.”

Rich, who graduated with a bachelor’s degree in psychology, was involved in theatre as a student at Northwestern. Upon graduation, she joined The Second City, an improvisational comedy troupe, something she said she had always wanted to do.

After three years with Second City, Rich joined Saturday Night Live as a writer for seven years, primarily working on “Weekend Update.” Now, she is the co-creator and executive producer of “Chicago Party Aunt,” which premiered on Sept. 17.

The idea behind “Chicago Party Aunt” came from a Twitter account created by one of Rich’s friends, mocking the stereotype of an older relative who is always in the mood for a party. The show follows Diane Dunbrowski, a “hard-partying relic,” and her teenage nephew, Daniel, who moves in with her, as they both navigate the world with each other’s help.

Rich said she focuses on finding a character’s “wound” when envisioning a storyline. Finding the reasoning behind why they go about life the way they do is the starting point for her, she said.

“In Diane’s case, it’s that fear of being irrelevant — of becoming one of those ‘invisible’ older women,” Rich said. “And once you know that, the amount of stories you can tell are endless.”

“Chicago Party Aunt” was Rich’s first animated show, causing a learning curve. That learning curve was also compounded by COVID-19, which disrupted the team’s creative process. Over 80% of the show was created remotely, but she said it provided an escape from reality when the world outside became isolating.

Rich is currently working on the second half of season one of “Chicago Party Aunt” and just finished creating a Super Bowl commercial. She also said she is in the process of developing a new animated series.

One of Rich’s close friends, Susan Messing (Communication ’86), said she admires Rich’s conviction in all that she does.

“I admire her humor, her loyalty … I admire everything about her,” Messing said. “She also has that ability to take a joke and turn it into a fully realized sitcom, which is what she did.”

Another of Rich’s friends, Pete Schultz, echoed Messing’s sentiments. Schultz is the head writer for “Weekend Update” on SNL and said he met Rich when she joined their writing team on the recommendation of cast member Cecily Strong, who was Rich’s former understudy at Second City.

While most of the other writers would work quietly on their projects, Schultz said Rich always brought energy and joy to the writers’ room.

“Beyond being very funny and having the best laugh … Katie was a performer first and has a very effervescent personality,” Schultz said. “If you are in a shell, she’s not going to let you stay there, which I really appreciated. She brought the whole staff closer together, and we spent a lot more time talking as a group once she came on board.”

Schultz said he is in the process of watching “Chicago Party Aunt,” calling it “the essence of Katie” because of the show’s energy, creativity and personality.

Ultimately, Rich said she loves doing what she does and the variety that comes with each day of her job.

“Every day is different, and that really keeps me going,” Rich said. “I also have had the good fortune to always be a part of a team. Even at SNL, I worked primarily on Weekend Update, so we had our little show within a show. And what we can create as a team is infinitely better than what we can create on our own.”