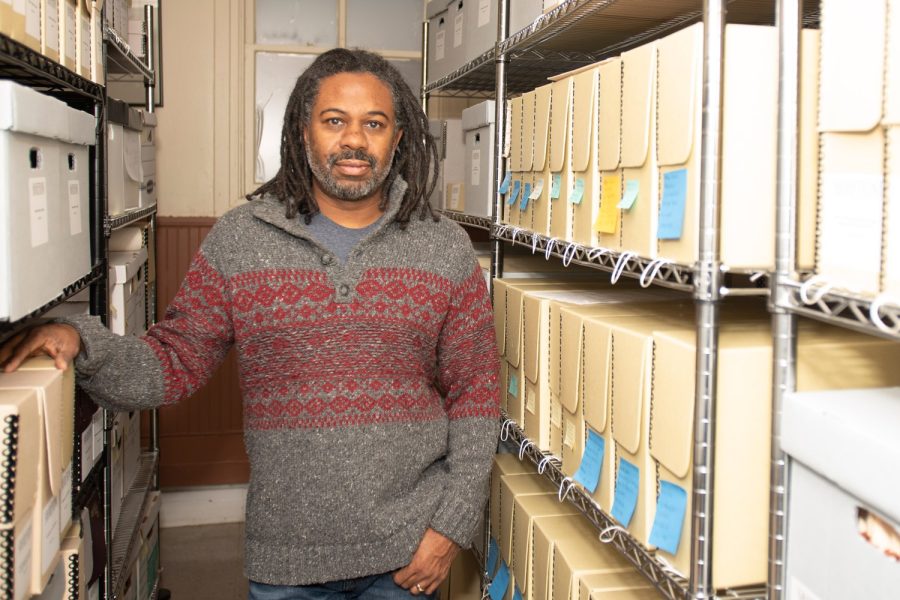 Dino Robinson. He started Shorefront Legacy Center after discovering a lack of records on the Black community on Chicago’s North Shore.

When Dino Robinson said he was challenged to write an article about local Black history, he struggled to find records of Black communities in the North Shore.

With the information lacking, he was inspired to found Shorefront Legacy Center, an archival center aimed at preserving these stories.

“We want to put local history in a common lexicon,” Robinson said. “When I first started doing research, when you Googled ‘Black history,’ you couldn’t find much. Now, the first few pages are filled with local Black history, most of it generating from Shorefront.”

Shorefront has documented the experience of Black residents across Chicago’s North Shore suburbs since 1995 and has compiled an archival collection of photographs, documents and oral histories. The organization is now partnering with Northwestern’s Center for Civic Engagement to expand the community-based archive, beginning work next Friday.

Graduate students, recruited by CCE and trained by Robinson, will build on Shorefront Voice, a collection of oral histories that Robinson recorded with Black residents in the North Shore.

“The outcomes of our audio stories are more precious and intimate than they are with any other medium,” Robinson said.

The idea for an audio project came following student involvement in an oral history project in summer 2020.

Through the project, graduate students recorded conversations with Evanston older adults about their experience during the pandemic. But they found interviewees were more interested in speaking about other experiences.

Gonzalez said most conversations covered the impact of redlining on Evanston neighborhoods and changes in the Evanston school system over time.

“There was a lot of rich, vivid detail in there that we weren’t expecting,” Gonzalez said. “We were like, ‘Okay, this isn’t just about COVID.’”

Ruth Curry (The Graduate School ’19), a postdoctoral fellow at the Center for Civic Engagement, said the legal documents the University drew up granted the school rights to a narrator’s recorded words within the project. She said the center wasn’t comfortable with that and halted the project.

She and Gonzalez considered a partnership with Shorefront to be the best way to continue on with the project, since Robinson had been recording similar histories for decades.

“It felt like it would be really special to continue collecting those stories,” Curry said. “We knew it didn’t make sense for Northwestern to be the housing agent, though.”

This is Shorefront’s fourth year of partnership with the Center for Civic Engagement. Shorefront has worked with three graduate student interns from the center, each of who documented the story of a specific person or organization located in Chicago’s North Shore.

A previous intern, Ana Rosado (The Graduate School ’16, ’21), created a website to memorialize Doria Dee Johnson, a Ph.D. candidate in U.S. History at the University of Wisconsin-Madison. Johnson successfully pushed for the U.S. Senate’s official apology on lynching inaction. Her articles and publications are preserved on Shorefront’s site.

Robinson said he wants the materials on Shorefront Voice to renew the relationship between the Black community and NU.

“I want Northwestern students to realize the longevity of Black families’ involvement in all walks of life here,” Robinson said. “I want people to really understand how pivotal the history of the Black community near Northwestern is.”

Correction: A previous version of this story misstated the year Ana Rosado was an intern with Shorefront Legacy Center last year. She was an intern in 2018. It also misstated that Shorefront has worked with interns only during the summer. The Daily regrets the errors. This article has also been updated to clarify the relationship between the graduate students participating and the Center for Civic Engagement.