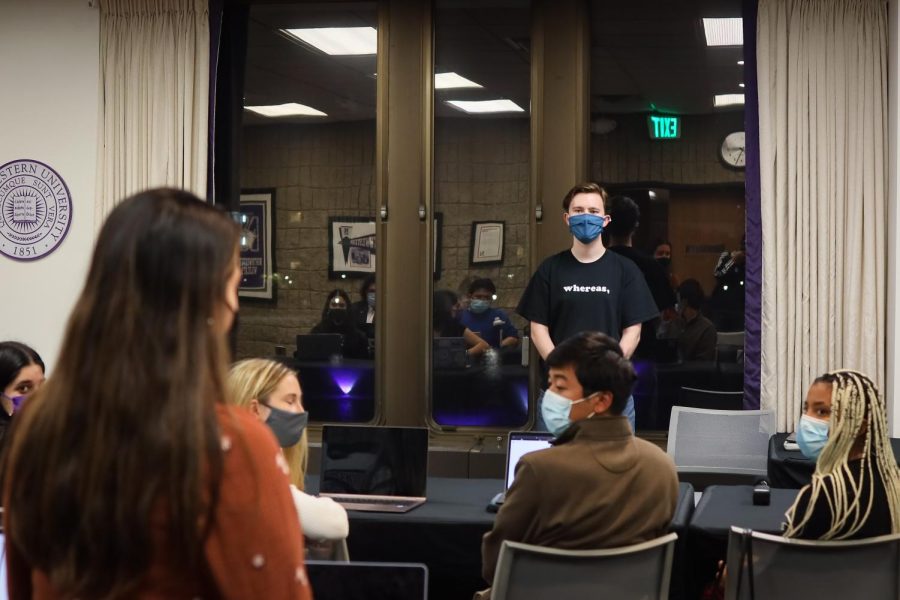 ASG members met Wednesday night for another round of elections.

Associated Student Government held elections for Senate Whips and Wellness Board members at its Wednesday meeting.

Senators then voted on nominees for the four Wellness Board positions. The Wellness Board seeks to prevent exceptionally high-stress or time-consuming obligations within ASG’s internal operations by administering wellness infractions, which can lead to disciplinary action against parties in the Senate.

Weinberg sophomore Laura Solano-Flórez, one of four elected Wellness Board members, said she wanted the position because she is deeply invested in advocating for mental health.

“Even though this is just pertaining to ASG, I think that wellness around campus in general needs to be addressed more,” Solano-Florez said. “I’m passionate about reforming (Counseling and Psychological Services) and other legislation regarding wellness.”

Senators attended the meeting in Halloween costumes and held a competition for the best one. Campus Life Chair Jason Hegelmeyer won for his ancient Roman senator costume.