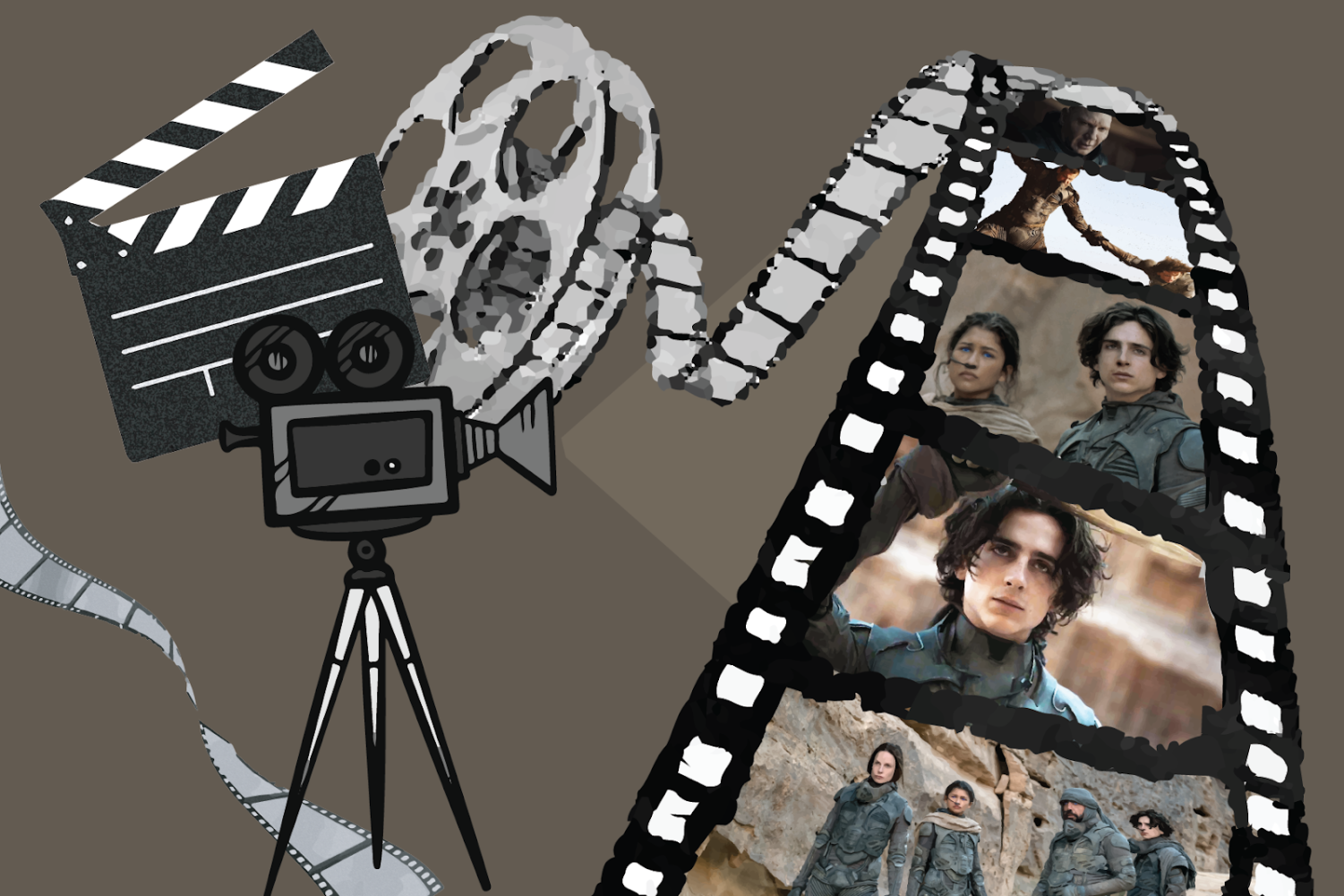 “Dune” is perfect for science-fiction lovers and movie buffs alike.

Reel Thoughts: “Dune” is definitely sand power, but does that matter for Hollywood?

Amid the countless reboots, sequels and formulaic movies released lately, there is one film that stands out this fall: “Dune.” For science-fiction lovers and movie buffs alike, the arrival of “Dune” could not be more highly anticipated, and it is easy to understand why. Between the stunning, sprawling landscapes of the movie’s setting, Arrakis, and the captivating performances of its A-list cast, the film is a compelling tale of one hero’s journey — albeit half-finished.

Directed by Denis Villeneuve, “Dune” is an adaptation of Frank Herbert’s 1965 novel of the same name. The film largely remains true to the first half of the novel, set in a feudal dystopian society thousands of years in the future. It centers on young Paul Atreides (Timothée Chalamet) whose family has just been given control of the planet Arrakis by the Emperor, also known as the supreme ruler of the universe. Though it is a largely barren planet, Arrakis is the galaxy’s main source of “spice,” a psychoactive drug that provides mental and life-extending benefits — making its rulers the controllers of the spice trade. Throughout the film, Paul and his family navigate their burgeoning relationship with the planet and its inhabitants, known as Fremen, as they are thrust into war with Arrakis’ former tyrannical leaders.

“Dune” has a complicated history of being adapted to the screen. There was a very poorly-rated 1984 “Dune” adaptation by “Twin Peaks” director David Lynch, followed by an Emmy-nominated SyFy miniseries in 2000. Many have considered “Dune” to be an “unfilmable” book, complicated by the characters’ complex internal monologuing.

Villeneuve attempts to address the complexity of “Dune” by splitting the book into two films, which has proved to be a good choice thus far.

In order to effectively convey any science-fiction film on screen, world-building is almost as equally important as the story you are trying to tell. “Dune” sets the stage for the rest of its narrative pretty effectively — jumping between Paul’s visions and the current action — though it limits a lot of the intricacies of the book. Perhaps it’s simply the limitations of the film’s run-time (though two hours and 35 minutes is quite long), or perhaps Villeneuve didn’t want to overwhelm his viewers, but the film is still pretty eventful and action-packed. It doesn’t necessarily stand alone, but it’s exciting nonetheless.

While the movie feels incomplete in its storytelling, it almost makes up for that fact with its visuals. Villeneuve’s vision is so aesthetically gorgeous, it’s almost impossible not to think about Arrakis after leaving the theatre (and this is a movie you have to watch on the big screen). From the film’s campy costume design to its dissonant, bone-chilling Hans Zimmer score, Villeneuve leaves no detail out. Even if you have no interest in science-fiction, watch “Dune” for the experience.

Still, the story itself is not without faults. One of the biggest criticisms of “Dune” is that it is a story about White saviorism. And though it only tells half of the book’s story, the film doesn’t seem to disprove this critique. Paul, a White outsider, is hinted as the “savior” of the Indigenous people of Arrakis, who are largely based on Middle Eastern cultures. While the cast features prominent actors of color, these actors play Fremen. And while the film tries to hint at the characters not being fully dependent upon Paul for their freedom, there is still much more of this story left untold. If Villeneuve continues with this narrative, the story might unfortunately play out as another White savior film. But whether or not you’ve read the book and think Paul is a “savior,” there is something to be said for who the film is centered on: the western, White man.

So while “Dune” may be beautiful (and trust me, I’ll be thinking about those giant sand worms for a while), it’s not shaping up to be the inventive story people think it is. What is the point of another multi-million dollar movie if it’s the same story told over and over again?