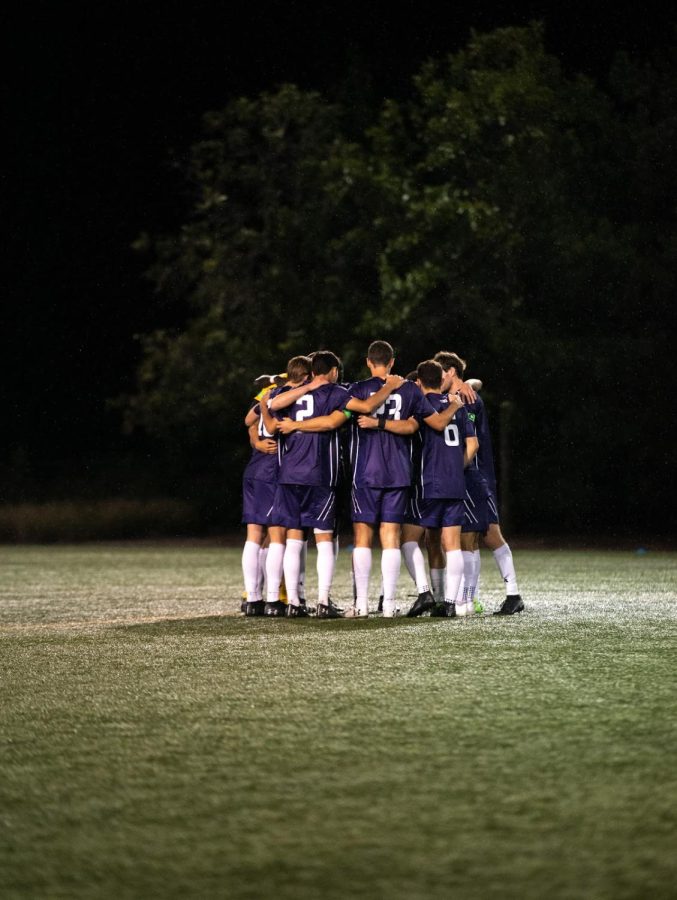 Northwestern pulled off an upset on the road against Wisconsin on Tuesday night. Collin McCamy and Justin Weiss contributed to the scoring in their 2-0 victory.

Hitting snooze can be a dangerous game to play in the morning. Set the alarm for 9:00 a.m. to get your day started before your 11:00 a.m. class. Hit snooze once, and, sometimes, when you wake up, it’s 11:05, and then you’re suddenly losing.

Playing with a 1-0 lead in soccer can feel the same way at times. Northwestern would know.

“Sometimes going up a goal, you think you can just try to defend the rest of the half, but then you end up giving up a lot of chances,” graduate student defender Spencer Farina said.

“The story for this team is the second half,” Payne said to Big Ten Network at halftime.

After losing four games this season where they led 1-0, the Cats flipped the narrative on its own season in Madison, Wisc. NU not only held onto the 1-0 lead, but also went on to tally another goal, defeating the Badgers 2-0 in a crucial game with playoff implications.

First-year midfielder Collin McCamy was all smiles and fist-pumps after striking first, with a goal from inside the penalty arc at 19:13. There wasn’t much to it, according to the North Carolina native — his mind just went blank, he said, and he did what he had to do.

From that point on until the end of the half, back-and-forth play ensued with solid defensive play from NU to hold Wisconsin’s top forward Andrew Akindele, to only one shot on goal.

Leading by just one at halftime, the Cats had one thing in mind stepping onto the field for the second 45 minutes.

“We tried to punch them in the mouth and get another one real quick,” Farina said. “Which is what we did.”

Just over four minutes into the second half, NU’s punch came in the form of a stop and go, as junior midfielder Vicente Castro delivered a left-footed cross straight to waiting sophomore forward Justin Weiss, who tapped the ball right into the net.

The point marked Weiss’ sixth goal of the season for the Cats tying him for most goals in the Big Ten this year, and Castro’s fifth assist on the year. Castro, who was trying to beat two defenders, said he “just felt” Weiss would be in the box, ready for the assist.

With that goal and impenetrable defense in the second half, NU secured a much-needed win on the road, despite having a losing record in away games.

Following the victory, the Cats currently have a six-point lead over Ohio State in the Big Ten standings, giving them much more stability as the eighth seed. Only eight teams advance to the Big Ten Tournament, so with only 11 days left in the regular season, every point matters.

Heading into the last conference matchup in a week and a half against Michigan State, McCamy said they feel good about where they stand, having not been shut out in a single Big Ten match all season.

“We’re not a team that’s out of it,” McCamy said. “We fight — we fight hard and we’re ready to go on to the postseason and see what we can do.”