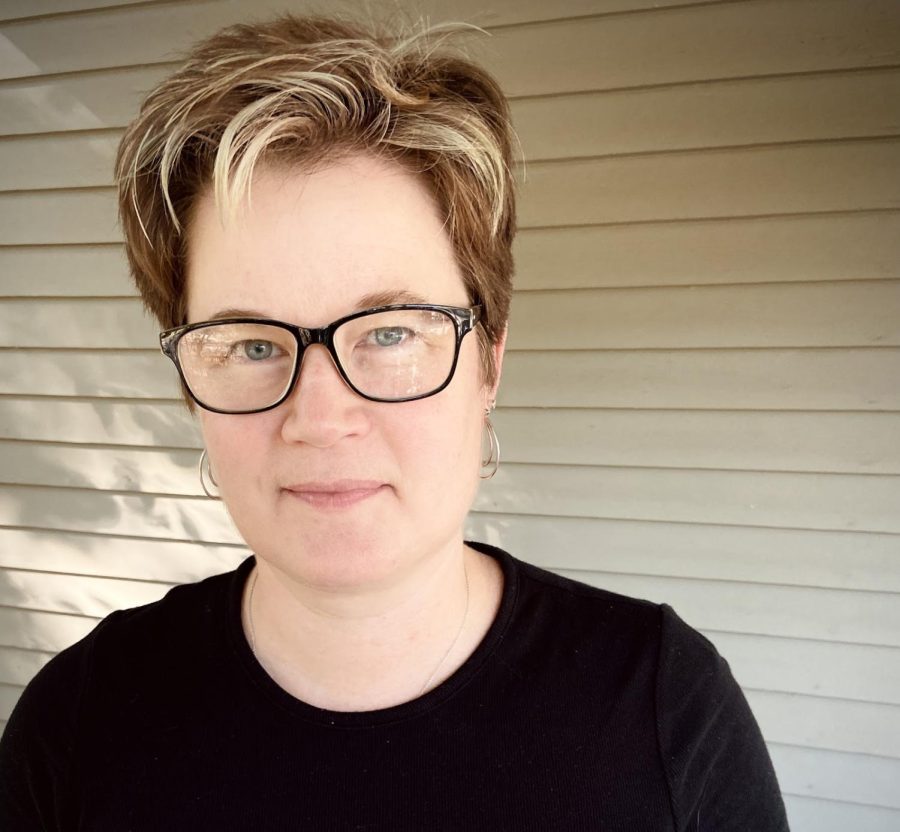 While researching her family ties in Ottawa, Evanston poet Ann Hudson “stumbled upon” the inspiration for her latest poetry chapbook: a statue of a Radium Girl.

The Radium Girl statue struck a chord with Hudson because of her prior interest in Marie Curie, the scientist who discovered radium and worked to find treatments for cancer, as well as Hudson’s father’s career in science. Inspired by that encounter and finding the story of radium “unsettling and interesting,” Hudson said she couldn’t keep herself from writing on the topic and released her chapbook, a short book of poems, titled “Glow,” on Oct. 15.

“Glow,” she said, explores the complexities and fascinating nature of radium rather than defining the metal as good or bad.

The Radium Girls were factory workers in the 1920s who became part of a larger phenomenon of radiation poisoning taking place in facilities across the U.S. The Radium Dial Company managers positioned hundreds of women in Ottawa to be poisoned while they painted watch dials with self-luminous paint and licked their brushes to keep them sharp.

“(‘Glow’) is certainly a story that is full of heartbreak, but I also hope that it is a story full of perseverance and hope,” Hudson said. “I hope it’s a glimpse of a world that is more complicated than the kind of binary that we often use when we evaluate something.”

Radium itself is not good or evil, Hudson said. Rather, people should examine its applications and uses. In her writing, Hudson said she hopes to reach people across different disciplines – scientists, historians and appreciators of poetry alike.

“Just by chance, these two pieces of art are intersecting in our community at the same time,” Hudson said. “I think there is local knowledge and local interest in the Radium Girls, (and) I hope that also piques people’s curiosity.”

Publisher Laura Van Prooyen, founder of Next Page Press, met Hudson during a joint book reading at Women & Children First, an independent Chicago bookstore. Although Van Prooyen now lives and works in San Antonio, she said the two have kept in touch over the last several years through a writing group and have continued sharing their work with each other.

Van Prooyen said she loves the research-based nature of Hudson’s poems and the ways she brings together people of different interests and reasons to read poetry. She said the chapbook’s contents are already being taught in Texas classrooms, which is exciting to Hudson, who is a teacher at the Chiaravalle Montessori school in Evanston.

“You can look at these poems from so many different ways — from the feminist look, the scientists, love of historical value (or) the personal stories behind these,” Van Prooyen said. “But most of all, the poems are so tightly rendered with a very clear voice. There’s nothing in there that doesn’t belong there.”

To promote “Glow,” Hudson is offering two virtual readings. The first, presented by independent bookstore The Book Stall in Winnetka, will be on Wednesday at 6:30 p.m. The second reading, held by Next Page Press, will take place on Tuesday at 7:30 p.m, Hudson said.

Robert McDonald, event coordinator at The Book Stall, said Hudson will be joined by two other poets during Wednesday evening’s reading. Liz Ahl and Joanne Diaz (TGS PhD ’08), who also explore research-based poetry, will share their work as well and discuss the research and writing process.

McDonald said the event’s virtual format allows more people to be present, and regardless of whether or not the attendees are writers, they will receive an appreciation for poetry as a craft, he said.

“I would encourage (people) to read outside their comfort zone, and that might include poetry,” McDonald said. “In the same way that I would encourage people who maybe never read mysteries to read a mystery, or never read nonfiction to pick up a book of nonfiction, it’s exciting to know there’s a whole world of thinkers and artists and writers out there.”