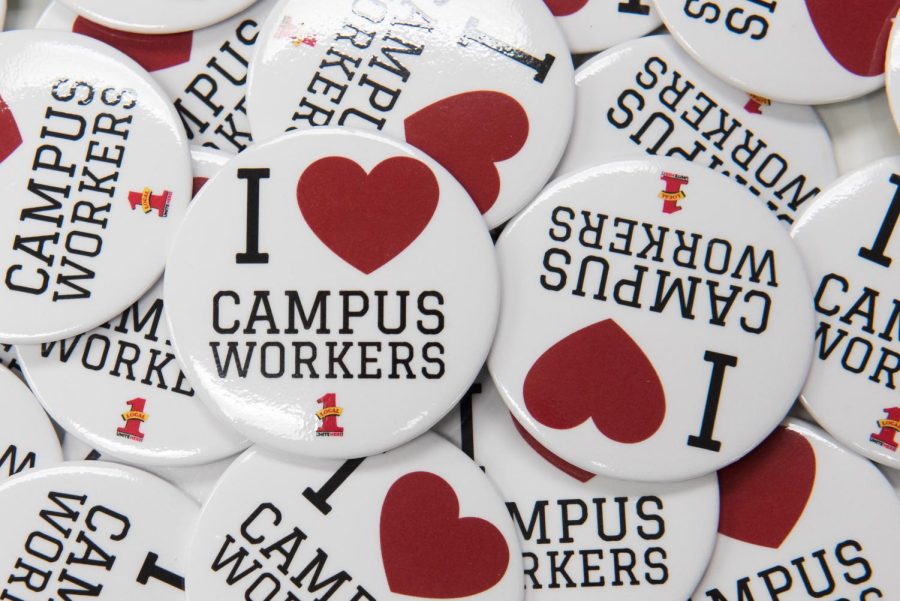 Student groups such as Students Organizing for Labor Rights and NU Graduate Workers have been organizing to support campus workers through initiatives such as a button campaign.

Northwestern dining and service workers voted Monday to ratify an agreement for a new contract with Compass Group, the University’s food service provider.

The new agreement includes a minimum hourly wage of $19.88 and a permanent extension of health insurance benefits to all workers, according to a Monday news release from UNITE HERE Local 1, the union representing NU’s subcontracted service workers. Compass workers have been advocating for these demands for over two years.

The change in pay is significant. Veronica Reyes, who works at Foster-Walker Complex, said in the release the increase from $14.05 per hour to $19.88 will help her pay for her son’s college tuition.

Throughout workers’ negotiations with Compass, student groups such as Students Organizing for Labor Rights and NU Graduate Workers have been organizing to support campus workers.

“I want to thank all of our students who stood up for us like we were family,” Smith said in the release. “This has been a hard journey, but Northwestern students had our backs every step of the way.”

The University and Compass were not immediately available for comment.