WILLOW and Raveena to perform at A&O Productions Blowout 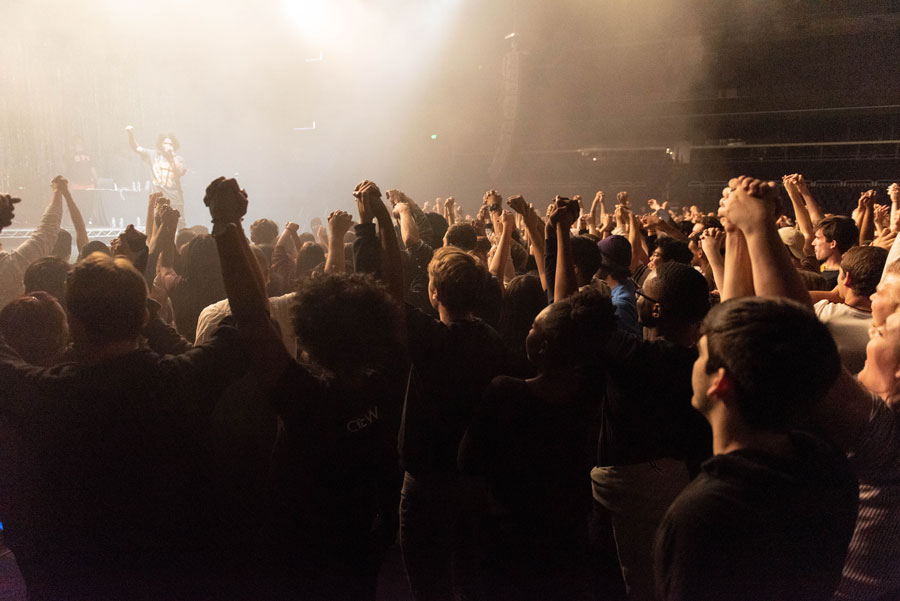 A crowd of students at a previous A&O Blowout. A&O Productions announced Monday that this year’s Blowout performers will be WILLOW and Raveena.

Meet me at our spot, WILLOW — and that spot is Welsh-Ryan Arena on Oct. 9 for Blowout.

A&O Productions announced Monday that its annual Blowout will feature singer and songwriter Raveena as an opener followed by WILLOW as the headliner. The event will begin at 8 p.m., and tickets and transportation are free for Northwestern students.

Raveena is an R&B singer, producer and director. The daughter of Indian immigrants, Raveena ties her South Asian identity into her music, including through the title of her first EP, “Shanti.” Since then, she has released multiple singles and her debut album, “Lucid,” most recently dropping her single “Tweety” this year.

WILLOW, the 20-year-old daughter of Will Smith and Jada Pinkett Smith, has been working in the music industry for years. Mixing R&B, pop-punk and emo genres, WILLOW’s latest album “Lately I Feel Everything” blends introspective lyrics with ethereal melodies and features singers like Travis Barker and Avril Lavigne. WILLOW’s appearance at Blowout comes just two years after her brother, Jaden Smith, headlined the show.

A&O posted teasers of the artists with silhouettes on Instagram in the days leading up to the announcement, with students guessing in the comments. The response to this year’s Blowout performers announcement was so overwhelming that the website experienced technical difficulties.

— Jaden Smith and SOPHIE hype up crowd at A&O Blowout