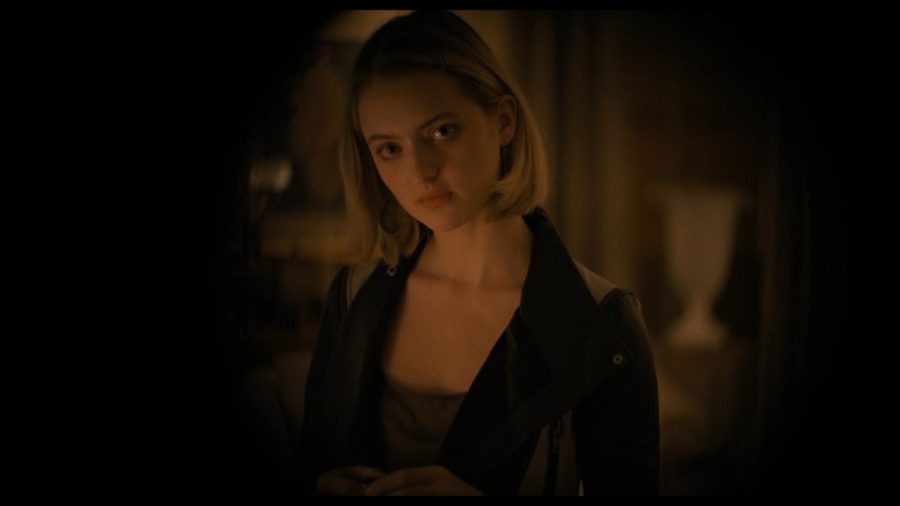 Olivia Reis plays Zoe Cassidy in Hulu’s series “Only Murders in the Building.”

Most Northwestern students don’t start their last year at the University by seeing themselves on the small screen, but Communication senior Olivia Reis has had a different experience. She portrays Zoe Cassidy on “Only Murders in the Building,” a Hulu series starring Selena Gomez and Steve Martin. The mystery series features flashbacks of Cassidy’s life leading up to her murder, which took place years before the show’s timeline. Although Reis has acted on stage before, this was her first time on screen. The Daily asked Reis about her experience on the show, advice for her peers and how NU prepared her for this milestone in her career.

The Daily: Is it fair to describe the series as revolving around three people brought together by their love for crime podcasts and a murder?

Reis: That’s a pretty accurate description. I’d emphasize the nature of the show as driven by the idea of these people finding each other over a shared passion, and that passion leading them into meaningful relationships with each other. Steve Martin’s character is someone who has been alone for a long time. It’s a lot of fun to see a character like that beginning to open up while coping with Martin Short (Oliver) and Selena Gomez (Mabel).

The Daily: What’s your interpretation of your character, Zoe Cassidy?

Reis: Zoe is a girl who has always had everything. Her parents (are very wealthy). She’s so rich that stealing is the only way that she can feel like she’s earning anything, because she’s not making her own money. I think her parents have also not given her as much attention as she’d like, so she ended up in this kind of more ragtag group with Mabel and the others.

The Daily: What is your favorite part about the series?

Reis: (The show is) really not afraid to lean into some of the darker moments. I think it has done a really good job of mixing tragedy, mystery and comedy, which led to some really interesting material, especially with point-of-view episodes, as we see in episode seven, which plays from Theo’s point of view.

The Daily: The majority of episode seven is in American Sign Language, since Theo is deaf, and the character Zoe also knows sign language. What was your experience acting in this episode?

Reis: I was really excited when I learned that episode seven, which I’d been told I was going to play a bigger part in, was going to be in ASL. I was really excited to learn the lines and practice with the interpreter. And then once we got to set, I saw there were certain technical things that I was learning along the way. You don’t look at someone’s hands when you’re talking to them. Conducting an episode entirely in ASL is not something I personally have ever seen before on TV, so it’s very exciting to see this on such a major network, because it opens the door for more inclusive media.

The Daily: How did NU theater prepare you for “Only Murders in the Building”?

Reis: Student theater has a feeling of camaraderie, which I was very pleased to find reflected in “Only Murders in the Building” cast and production crew. And we’re all in this together, which might have been emphasized by the fact that we were in the pandemic and filming this.

The Daily: Do you have any advice for NU theater students?

Reis: I would tell them to be informed by all of the classes they’re taking and the experiences they’re having. Allow all of that to inform the work they’re doing in their acting or playwriting or directing, because so often these life experiences change our voice or our perspective as artists.

— Patron to Producer: Bienen senior Arsen Tujian talks growing his own production company during the pandemic