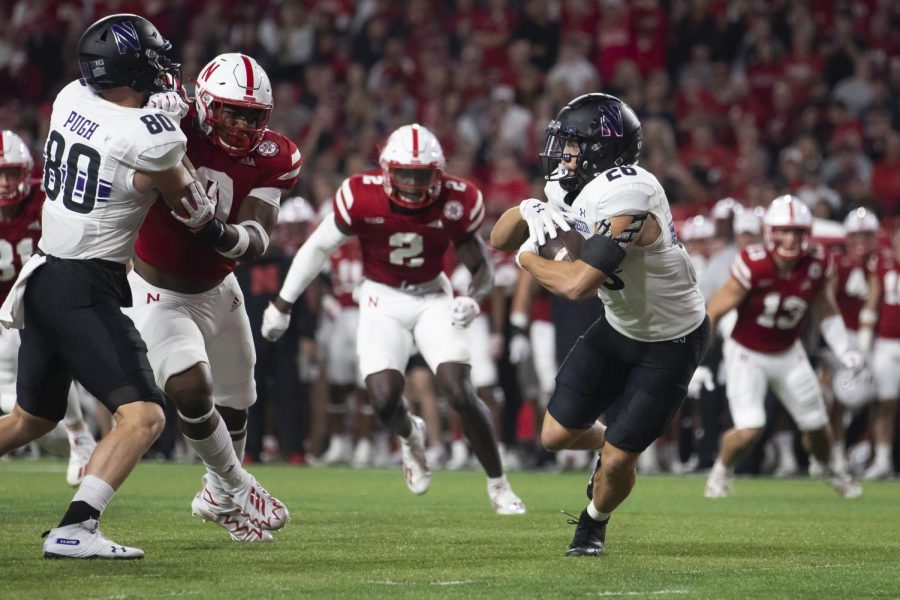 On Saturday night, Northwestern gave up its most yards under Pat Fitzgerald in one of its worst losses in recent history.

Martinez scored three rushing touchdowns, two on quarterback runs from the one-yard-line, and one 25-yard rush, where he tricked the entire NU defense with the option and ran untouched into the end zone.

Sophomore quarterback Ryan Hilinski and the Cats’ offense started to get into a groove on the next drive, with Hilinski finding senior receiver Stephon Robinson Jr. for a 32-yard pass down the sideline, and then a 28-yard touchdown pass on the very next play.

NU charged back into the red zone after allowing yet another Nebraska touchdown, getting all the way to the one yard line, before a breakdown on the handoff between Hilinski and sophomore running back Evan Hull led to a fumble. After that play, the Cats never found their way back into the red zone.

Meanwhile, the Cornhuskers kept pouring on points. Nebraska opened up the second half with an 83-yard touchdown run, and never took its foot off the gas. The Cornhuskers punted just once in the entire game, and turned the ball over once on downs. Nebraska scored a touchdown on every other drive of the game.

1. Northwestern struggled defensively.
The Mike Hankwitz era is long gone. Nebraska’s 70-yard completion on its first play of the game was just the start of another disaster first half for the Cats, in which they gave up 405 yards and 35 points.

The Cornhuskers scored touchdowns on all of their first four drives, before NU finally managed to get a stop on fourth down of the fifth drive. NU failed to stop explosive plays, allowing 8 gains of more than 10 yards in the first half alone, and they failed to make stops in the red zone to force field goals.

At the end of the game, the Cats gave up the most yards allowed (664) and the third-most points allowed under Fitzgerald

2. The Cats failed to stop the run.
NU’s poor rush defense has been the story of the season so far. This started in the season opener, when Michigan State’s Kenneth Walker III ran for 264 yards and four touchdowns. The Cats had similar issues containing quarterback Adrian Martinez and Nebraska’s option. Six of the Cornhuskers’ seven touchdowns were rushing touchdowns.

3. Northwestern’s ground attack falters.
One of the bright spots of the NU offense this year is Hull, last week’s co-Big Ten Offensive Player of the Week. Hull rushed for 478 yards and four touchdowns in the previous four games combined. Against Nebraska, the Cats gained just 37 yards on the ground.