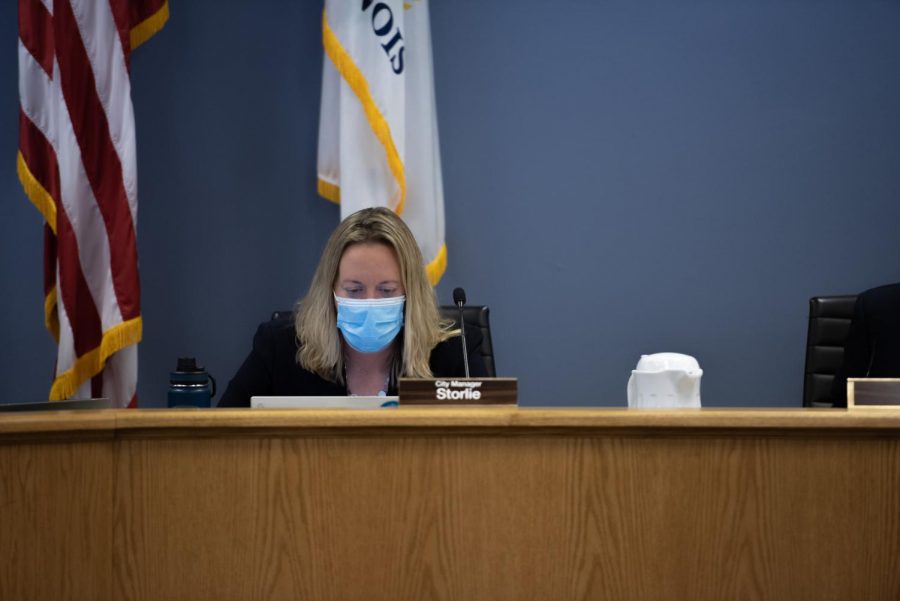 Erika Storlie. Ahead of her departure from the city manager role, Storlie was recognized by City Council.

City Manager Erika Storlie was recognized at Monday’s City Council meeting ahead of her Oct. 8 exit from the role.

Storlie’s exit comes amid controversy surrounding allegations of a culture of sexual harassment and abuse among lakefront staff members. In summer 2020, more than 50 women submitted a petition to the city detailing the allegations, but the petition became public knowledge in July following a WBEZ investigation.

A severance agreement was approved in August despite calls from residents for increased transparency surrounding the agreement and investigation into the city’s handling of the allegations.

Storlie was thanked for her 17 years of employment with the city in a variety of positions. Mayor Daniel Biss praised Storlie for her time as city manager, commending the way she addressed the challenges she dealt with in her time running the city — most notably, COVID-19.

“It’s hard for me to imagine a more difficult public sector challenge than running the government body during a pandemic,” Biss said. “We all dealt with that extraordinary set of challenges that she took on and dealt with with striking success.”

Storlie thanked all the elected officials she’d worked with in her time in Evanston as she marked her last City Council meeting as a city employee.

“I’m extremely fortunate to have had the opportunity to work with so many amazing community members, staff and elected officials over the course of my time here,” Storlie said. “We collaborated in the spirit of shared progress, and I can only hope you learned as much from me as I did from you.”