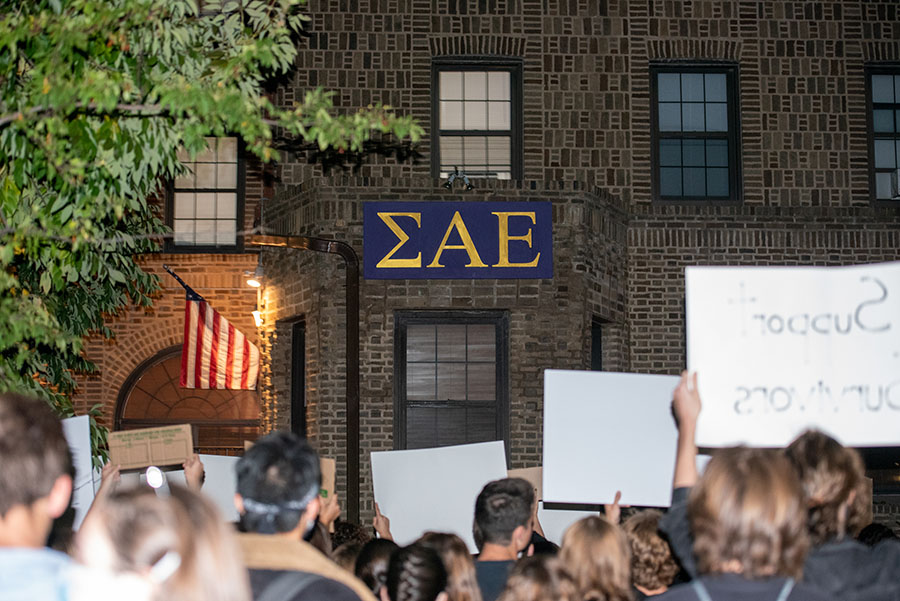 The Sigma Alpha Epsilon house. SAE Nationals issued a cease and desist Monday against NU’s chapter of the fraternity.

The announcement comes two days after a University Police crime announcement detailed a student’s report of being drugged at an SAE on-campus fraternity house event. The restrictions, which temporarily halt all chapter activities, will allow the organization to review the claims against the chapter, Sao said in a statement to The Daily.

The cease and desist order is the latest restriction implemented following a series of alleged druggings at SAE and Alpha Epsilon Pi, the latter of which were announced in a University crime report Friday.

The University has suspended all social events and chapter-sponsored recruitment events for all members of the Interfraternity Council until at least Oct. 17, and opened investigations into the events at SAE and AEPi. Chapters violating the ban must pay a $1,000 fine and face demotion to associate status for the following quarter, meaning they can’t vote in IFC matters.

IFC has also opened investigations into both SAE and AEPi, placing interim restrictions against both fraternities until the investigations come to a conclusion.

About 2,000 students protested outside of the SAE and AEPi houses Sunday demanding Greek life be removed from NU’s campus. Attendees called for stronger support systems for survivors.