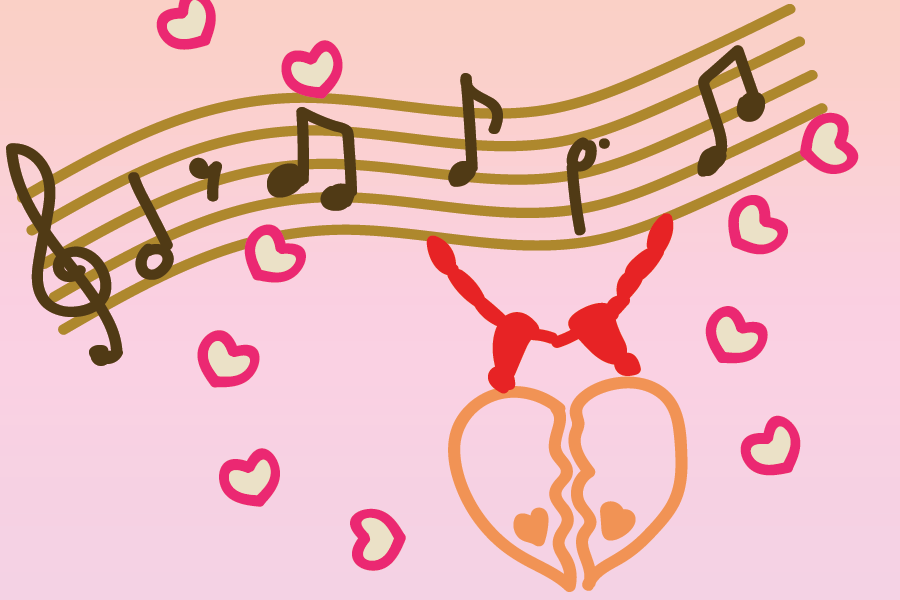 Kacey Musgraves returns vulnerable and honest with her fifth studio album, “star-crossed.” Musgraves’ latest effort details the breakdown of her marriage to fellow country singer Ruston Kelly, which led to the pair’s eventual divorce, and its aftermath.

Musgraves is no stranger to writing sad songs — even her lighter 2018 album “Golden Hour” featured the occasional tinges of nostalgia. But “star-crossed” is her first album almost solely dedicated to a relationship’s downfall. Musgraves tackles her heartbreak head-on with her signature poignant storytelling and honest, clever songwriting, weaving together a narrative that perfectly captures the sometimes fleeting and contradictory emotions of a breakup.

It’s a complete pivot away from “Golden Hour,” which took listeners through the honeymoon phase of her relationship with Kelly, whom she married in 2017. “star-crossed” is pensive and wistful whereas “Golden Hour” was optimistic. If the albums were seasons, “Golden Hour” is the perfect summer to “star-crossed”’s autumn.

The opening track, “star-crossed,” sets the stage for the dramatic saga to follow. “Let me set the scene,” Musgraves sings, introducing the listener to a set of star-crossed lovers who “woke up from the perfect dream” to discover they aren’t quite meant to be. It’s a strong first track, featuring Musgraves’ sweet vocals over a powerful, building instrumental.

The album then takes the listener through the emotional roller coaster of the marriage’s breakdown: longing, regret, frustration and, eventually, seeing the light at the end of the tunnel.

Musgraves makes it clear from the start that the relationship’s failure isn’t just one person’s fault: “No one’s to blame,” she sings. But she spends much of the album grappling with why the relationship ended, switching from shouldering the blame to placing it on Kelly.

In “Breadwinner,” Musgraves places her lover at fault because he wanted a breadwinner, not a living, breathing, complex companion. The song sounds like a toned-down version of “High Horse” on “Golden Hour”  — another track where Musgraves processes experiences of people bringing her down. It’s easily one of the album’s best, its lyrics walking the line between anger and regret while somehow making the listener want to dance at the same time.

Musgraves takes the blame in “Easier Said,” admitting her difficulty in maintaining her relationship and truly loving her partner. She comes across as vulnerable and confused, trying to figure out why she can’t love him.

Some of the album’s strongest songs come from Musgraves’ ability to spin stories out of seemingly small yet heartbreaking moments. She does just that in “Camera Roll,” lamenting about the pain of scrolling through her phone’s camera roll and seeing photos of a past lover, calling it “chronological order and nothing but torture.” Musgraves makes poetry out of looking through old pictures, perfectly articulating the mix of emotions — nostalgia, yearning and gratitude — that comes with it.

“Hookup Scene” captures another small yet significant part of working through her breakup, as Musgraves has trouble returning to a hookup scene that feels much more transactional than her previous relationship. “This hookup scene / Ain’t all that it’s made out to be / You get your fill and leave empty,” Musgraves confesses, her voice coming across softly over the instrumental.

Musgraves never really settles on whether she or her lover bear the brunt of the blame, but she doesn’t really care by the album’s end. The last few songs — “Keep Lookin’ Up,” “There Is a Light” and “What Doesn’t Kill Me” — display her growing strength and desire to make it past the worst of her breakup.

The album’s last song is a cover of “Gracias a la Vida,” a song written by the late Chilean singer Violeta Parra. The title means “Thanks to Life” in English, and Musgraves does just that, echoing Parra’s words and giving thanks for all life has to offer.

Finally, it seems that yet again, as Musgraves sings in “Rainbow” — the final track on “Golden Hour” — it will “all be alright.”